The BJP has won the Wangoi, Singhat and Wangjing Tentha and Saitu Manipur Assembly bypoll seats while an Independent candidate bagged one, the results of which were announced on Tuesday, officials said.

BJP candidate Ngamthang Haokip won ahead of his Congress rival Lamtinthang Haokip by 12,257 votes in the Saitu seat.

The by-polls held on November 7 were necessitated after Congress MLAs of these four seats resigned from the assembly and joined the ruling BJP.

The BJP contested in three seats and supported an Independent candidate in Lilong, while the Congress fielded its nominees in all the four constituencies.

In Singhat assembly constituency, BJP candidate Ginsuanhau was declared elected unopposed and he has already been sworn in as MLA recently.

The bypolls to five Assembly constituencies in Manipur, where a total of 11 candidates battled it out on Saturday, were concluded peacefully with a high voter turnout of 92.54 per cent.

Here are LIVE updates of the Manipur By-elections:

— The BJP has won 3 seats and is currently leading in 1, while an independent candidate has won one seat.

— Paonam Brojen Singh of the Bharatiya Janata Party won the Wangjing Tentha constituency by a margin of 1560, as Congress’ Moirangthem Hemanta Singh getting a 46.5 per cent vote share. 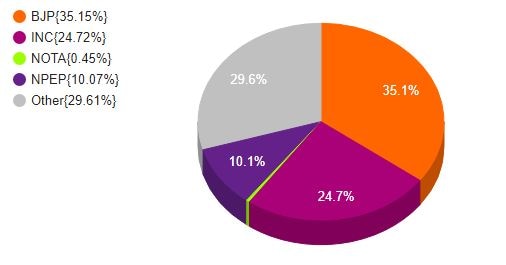 — The BJP leading in four seats and an independent candidate in one.

— BJP on Top in All 4 Seats | The BJP is leading in all the five assembly constituencies Wangoi, Lilong, Wangjing-Tentha, Saitu and Singhat.

— Visuals from the deputy commissioner office of Imphal, Manipur: 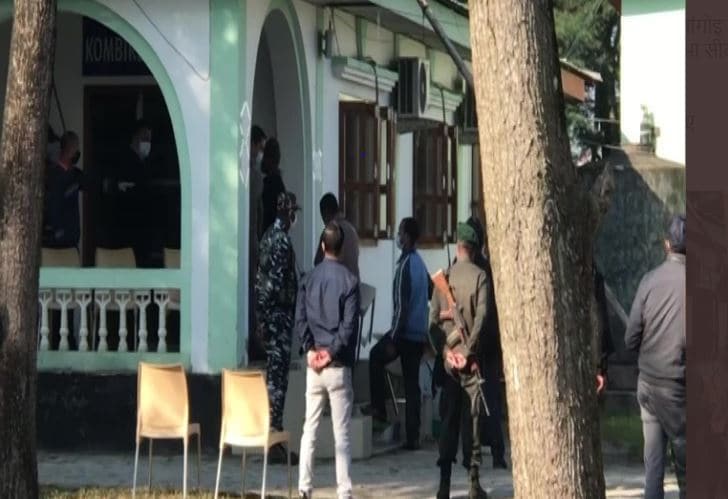 — The ruling BJP has contested in three seats and supported an independent candidate in Lilong, while the Congress has fielded its nominees in all the four constituencies. In Wangoi seat, the National People’s Party (NPP), a partner of the BJP-led ruling coalition in the state, has fielded its candidate against the Congress and the saffron party. 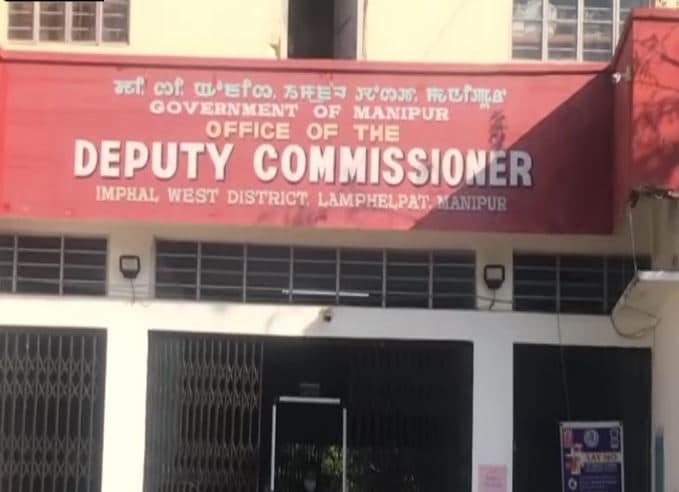 — Over 1.35 Lakh Eligible Voters | An Election Commission on Saturday had said that across 203 polling stations, there were more than 1.35 lakh voters eligible to exercise their franchise in the by-elections to Lilong and Wangjing-Tentha seats in Thoubal district, Saitu in Kangpokpi and Wangoi in Imphal West.

— Manipur Election Counting | Prior to the counting day, BJP leader Mayanglabam Rameshwar Singh, who was declared elected from Kakching assembly constituency by the Manipur High Court last week, was on Monday sworn in as an MLA.

— Counting of Votes Begins | The Election Commission kicks off the process of counting of votes, facing the daunting task of restraining supporters of political parties from crowding the counting centres amid the COVID-19 outbreak.

— Covid-19 Precautions in Place | All safety measures were in place and polling personnel were provided with PPE kits, an official of the Election Commission said.

— 3 BJP Candidates in Fray | The ruling BJP is contesting in three seats and supporting an independent candidate in Lilong seat, while the opposition Congress is in the fray in all four constituencies.

— Vote-Counting to Begin Shortly | The results of four seats of Manipur Assembly bypolls are set to be announced today as the Election Commission begins the counting of votes.

— Total Voter Turnout | The bypolls to four Assembly constituencies in Manipur conducted on Saturday concluded peacefully with a high voter turnout of 92.54 per cent.

— What Prompted the Bypolls | The bypolls in Manipur were necessitated after four Congress MLAs resigned from the Assembly and joined the ruling BJP.

— Seat-wise Voter Turnout | Wangoi Assembly segment recorded the highest voter turnout with 93.26 per cent, followed by Lilong (93.3 per cent), Wangjing Tentha (92.3 per cent) and Saitu (91.59 per cent), Singh said. The voting in two polling stations at Wangoi went on till 7.20 pm as a large number of voters were still in the queue.

— A Battle Between NPP and the NJP | The Wangoi seat will witness an interesting battle as the National People’s Party (NPP), a coalition partner of the BJP-led government in the state, fielded its candidate against the nominees of the Congress and the saffron camp.