Manoj Sinha: Close to Modi-Shah, This IIT-BHU Alumnus Was Once the Probable Face for UP CM Post

The clean image and honesty of Manoj Sinha has always kept him out of any kind of controversy. The civil engineer from BHU is also known for his massive connect with the masses from rural regions.

The three-time Member of Parliament from Ghazipur and a former Union Minister Manoj Sinha, who has been now appointed as the lieutenant governor of Jammu and Kashmir, has also been a front runner for the post of Uttar Pradesh chief minister after the Bharatiya Janata Party won the state assembly elections in 2017. The IIT-BHU alumnus has been quite famous as Vikas Purush (man who focuses on development) among the locals of Ghazipur.

The appointment of Sinha as Lt Governor of Jammu and Kashmir is also seen as a political step by many, as he hails from Bhumihar community which is strong in eastern part of the state and also in the state of Bihar that is due for polls. The former Minister of State for Railways is also considered to be close to Union Home Minister Amit Shah and Prime Minister Narendra Modi.

The three-time BJP MP from Ghazipur constituency went for admission in civil engineering at the Benaras Hindu University in mid 1970’s during the emergency era. However, soon after Sinha became an active member of the Akhil Bharatiya Vidharthi Parishad (ABVP), the youth wing of the Bharatiya Janata Party. By the age of 23, in the year 1982, Sinha stepped into student politics and became the President of BHU. 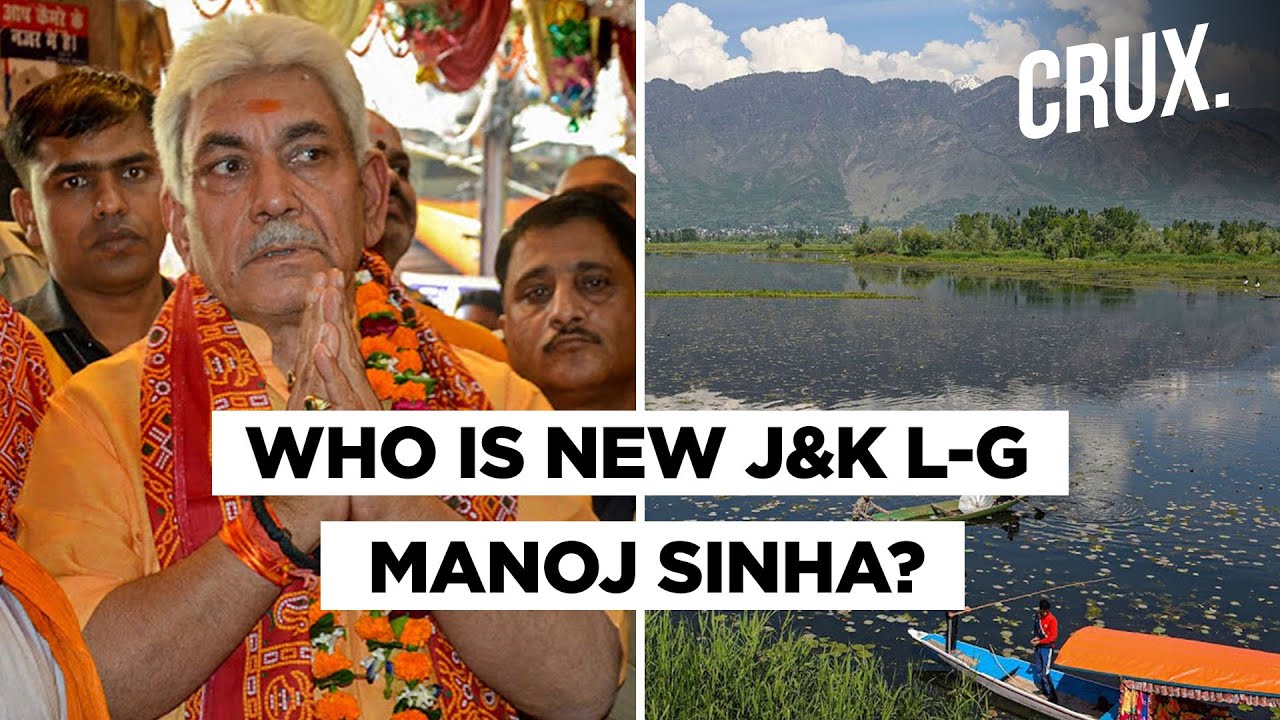 The Vikas Purush of Ghazipur however went on to fight his first Lok Sabha Election in 1998 from Ghazipur constituency and then repeated his win in 1999. The third time when Manoj Sinha won from Ghazipur Lok Sabha constituency was in the year 2014 during the Modi wave. After which Sinha was appointed as a cabinet minister as well. He was named as the star campaigner of the BJP during the 2017 State Assembly Polls.

The clean image and honesty of Manoj Sinha has always kept him out of any kind of controversy. The civil engineer from BHU is also known for his massive connect with the masses from rural regions.