According to the 2011 census, Delhi has a population of over 1.67 crore, out of which about 21 lakh are Muslims.

New Delhi: Just about a month after sweeping the Uttar Pradesh Assembly elections without a single Muslim candidate, the Bharatiya Janata Party (BJP) seems to have had a change of heart for the upcoming Municipal Corporation of Delhi (MCD) polls. The party has given 5 out of 272 tickets to Muslims, less than 2% for a community which makes for 13% of the population.

But a recent directive from the Election Commission rejected nearly 40% of the 4,605 nominations filed for elections to the three municipal corporations on April 23. Haider’s application was one of them. Now, the party has extended its support to Gulfam, an independent candidate from Abu Fazal Enclave, who’s also the vice-president of the BJP Minority Morcha.

While leaders like Rajnath Singh and Uma Bharti had voiced their discontent over the absence of a single Muslim candidate in the UP polls, handing out five out of 272 tickets appears more like tokenism.

According to the 2011 census, Delhi has a population of over 1.67 crore, out of which about 21 lakh are Muslims. Areas such as Seelampur, Seemapuri, Okhla, Matiya Mahal and Ballimaran are home to a large number of Muslims.

BJP leaders, however, said they followed only one criteria to decide ticket distribution: Winnability. Speaking to News18, party spokesperson Zafar Islam said, “In BJP, there is no concept of quota or percentage representation. The candidate can be from any religion, but should have the highest probability to win from an area for him/her to get a ticket. There was no such face in UP. We advocate the policy of Sabka Saath Sabka Vikass and make no differentiation on the basis of caste, religion or gender.”

“Almost 10% Muslim votes helped us win UP; during the last Lok Sabha elections too there were 15-17% Muslim votes. When we appoint someone from Zakir Nagar, we are not looking to address Muslim issues but develop the area at par with other localities of Delhi,” says Ahmed.

News18 spoke to BJP’s Muslim candidates ahead of the MCD polls.

Kuwar Rafi, BJP’s candidate from Zakir Nagar, joined the party in 2007 as a karyakarta. He went on to hold various senior level positions in the BJP Yuva Morcha and the Delhi BJP Minority Cell. Now the chief of Zakir Nagar BJP Mandal, Rafi has owned a computer shop in Nehru Place since 18 years.

“There were no Muslim candidates in UP who had the spark to win a seat. I have been consistently working for the party and have finally reaped the benefits of my hardwork. A Muslim would have been given a ticket in UP had there been someone like me or the others who have been given the ticket this time,” says Rafi.

Slamming Congress leader and councillor Shoeb Danish, Rafi says that his area is riddled with encroachments, poor sanitation and is a hotbed for diseases. “Ask Danish for an answer, he won’t have any.”

Sartaj Ahmed, owner of a metal box manufacturing unit, joined BJP in 2006 as a karyakarta and rose through the ranks as a prominent local leader in Chauhan Banger. He is very impressed with the party’s decision to not give tickets to the sitting councilors. “I think the new policy of not giving tickets to sitting councilors is not because they were corrupt and not wise, but to give a push to workers at the grassroots level,” says Ahmed.

Sabra Malik from Mustafabad says she decided to stop being a housewife and joined BJP in 2000 because the Congress did no development work. A member of the party’s social workers’ division, she has worked with various subsidiary organisations of the Delhi BJP Minority Morcha.

Mustafabad is notorious for having illegal workshops where denims are washed with acid. The area also suffers from sewage issues and disease outbreaks.

Malik says her plan to solve local problems is different from others. “The root cause of the problem is that there are no trees in the area. We will start a tree plantation drive and also simultaneously work on issues of use of acid for washing clothes,” says Malik. Malik explains the alliance between the Ansaris, the Maliks, the Sepis and the Quraishis is enough for her to win by a margin of 10,000 votes.

Famudin Safi from Delhi Gate is the youngest among all the Muslim candidates in the BJP’s list. This 30-year-old joined the party as a karyakarta in 2011 and runs a steel moulding unit. Safi has no problem in admitting that he was a Congress supporter earlier.

WHAT’S THEIR STAND ON TRIPLE TALAQ AND BEEF BAN 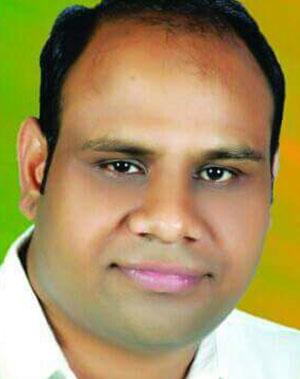 “I think triple talaq should be reformed and Muslim women are very positive about this development. The laws must be in tandem with the developing country that we live in and the All India Muslim Personal Law Board (AIMPLB) must take this into account.

As far as the ban on cow slaughter goes, it is an imperative move. Yogi Adityanath’s recent ban on illegal slaughterhouses also works well." 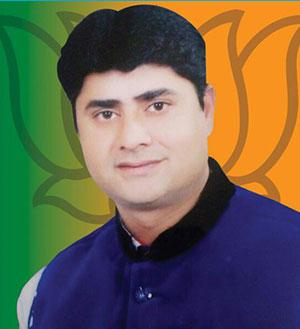 "Triple talaq is a matter of religion and religious laws. I think rather than the government interfering, AIMPLB would be the most well equipped body to regulate in this area.

Regarding the crackdown on illegal slaughterhouses, I feel anything illegal should be banned and if there needs to be a national law banning cow slaughter, then it must be in accordance with the Constitution of India. There is nothing above the constitution, not even religion." 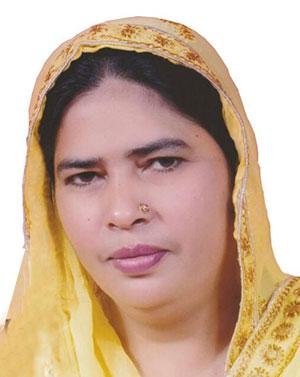 "I wholeheartedly support the Prime Minister’s stand on triple talaq. This needs to be banned and ended forever. A girl leaves her parents, family and friends for a man, who has the power to disown her at any point. Where will she go?

I also support the stand to have a national law banning cow slaughter, provided it is a legal enactment. The crackdown on illegal slaughterhouses in UP is a great way forward." 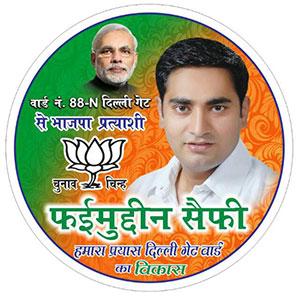 Triple talaq is not a religious issue. Religious practices do not differ in Islam, like Namaz or reading the Quran. Talaq is different across countries, and must not be allowed. I am also for a national law on cow slaughter.

In my area, I have made it clear to all those in the meat trade that only those with permits would be allowed to run their business.

Rubina Begum The issue of triple talaq and beef ban are national issues. The MCD elections deals with local problems. Issuing a statement on such issues will not yield any result.
Tags