Shah's statement evoked angry reactions from the Congress, NC and the PDP, which dismissed the remarks as baseless and hit out at the minister.

Sounding the poll bugle ahead of local body elections in Jammu and Kashmir, Union Home Minister Amit Shah on Tuesday termed the People's Alliance for Gupkar Declaration an "unholy global alliance" that along with the Congress wants to return to the era of terror and turmoil. The statement evoked angry reactions from the Congress, NC and the PDP, which dismissed the remarks as baseless and hit out at the minister.

In a series of tweets, Shah also labelled the PAGD, a newly formed conglomerate of political parties, the "Gupkar Gang" that is going global and wants foreign forces to intervene in Jammu and Kashmir.

"Congress and the Gupkar Gang want to take JK back to the era of terror and turmoil. They want to take away rights of Dalits, women and tribals that we have ensured by removing Article 370. This is why they're being rejected by the people everywhere," he said. 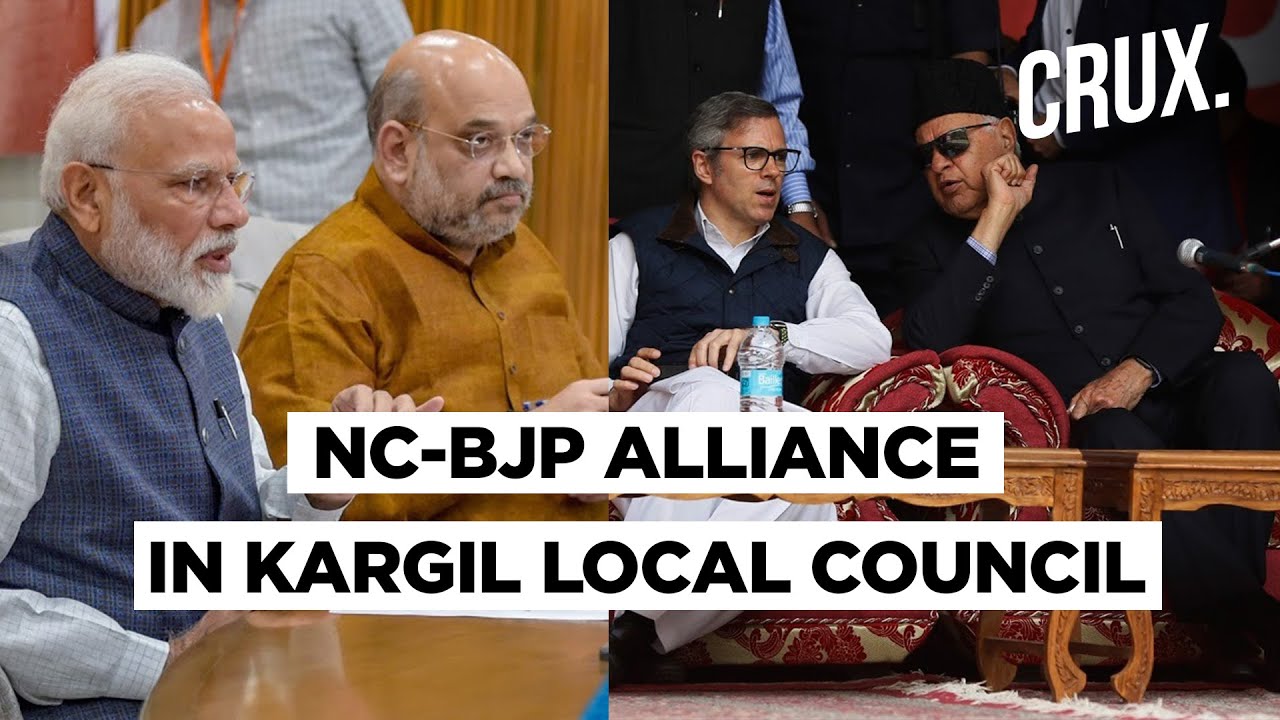 Hitting back, the Congress said it strongly refutes his "concocted and baseless" assertions. In a two-page statement posted on Twitter, its chief spokesperson Randeep Surjewala accused Shah of making mischievous statements on Jammu and Kashmir. The Congress was never in favour of international intervention on Kashmir issue and was committed to the country's integrity, sovereignty and the tricolour, he said.

"Maybe Amit Shah and the Modi government need a new lesson on nationalism because their parental organisation RSS did not hoist the tricolour for 52 years after independence at its headquarters," he said. According to Surjewala, the BJP is criticising the Mehbooba Mufti-led PDP without realising that they shared power after 2014.

The Congress leader also asked Shah who was responsible for the release of Jaish-e-Mohammed founder Masood Azhar, released along with two others in exchange for the passengers of hijacked Indian Airlines plane IC-814 in Kandahar in December 1999.

In Srinagar, the Jammu and Kashmir Pradesh Congress Committee (JKPCC) said the party was neither a part of the PAGD nor had it participated in any of its meetings or deliberations. The Congress party has entered seat sharing at certain places that too at local district level, the statement said, adding it strongly condemns the baseless allegations and urges Shah to refrain from dirty politics.

"The BJP leaders are in a habit of indulging in rumour mongering aimed at gaining political mileage," added the statement issued in Srinagar.

Former Jammu and Kashmir chief ministers Omar Abdullah and Mehbooba Mufti also issued rebuttals, alleging that Shah's "frustration" stems from the political amalgam deciding to contest the forthcoming local body elections and not giving the BJP and its allies a free run.

"We are not a gang Amit Shah Ji, we are a legitimate political alliance having fought and continuing to fight election, much to your disappointment," Abdullah, who is also vice-president of the National Conference, said on Twitter.

Taking a veiled dig at the newly formed Jammu and Kashmir Apni Party, Abdullah said: "I can understand the frustration behind this attack by the Hon'ble Home Minister. He had been briefed that the People's Alliance was preparing to boycott elections. This would have allowed the BJP and newly formed King's party a free run in JK. We didn't oblige them. Only leaders in Jammu and Kashmir can be detained and called anti-national for participating in elections and supporting the democratic process."

"The truth is all those who oppose the ideology of the BJP are labelled 'corrupt and anti-national'," he tweeted.

In a series of separate tweets, Mehbooba said the "BJP's stale tactic of dividing India by projecting themselves as saviours and political opponents as internal and imagined enemies is far too predictable now".

"Love jihad, tukde tukde and now Gupkar Gang dominates the political discourse instead of (issues) like rising unemployment and inflation," she said.

The PDP chief also wondered whether fighting elections in an alliance is also anti-national now. "The BJP can stitch as many alliances in its hunger for power but somehow we are undermining national interest by putting up a united front," she said.

"Irony died a million deaths since it's BJP itself that violates the constitution day in and day out," she tweeted.

On August 4, 2019, a day before the central government announced the abrogation of Article 370, political parties in Kashmir, except the BJP, met at the residence of National Conference president Farooq Abdullah at Gupkar Road in Srinagar and adopted a declaration to defend Article 370.

Besides the PDP and the NC, the alliance also comprises the CPI-M, People's Conference, Awami National Conference, the CPI and the People's Movement, which was formed by IAS officer Shah Faesal, who has since resigned from the party. More than a year later, in October, the political leaders who had been detained for several months met again and resolved to fight legally and democratically for restoration of Jammu and Kashmir's special status.

Earlier this month, the seven-party amalgam announced it would contest the local body elections together. The Congress also expressed its willingness for seat sharing arrangement in some districts.

Farooq Abdullah is PAGD president and Mehbooba its vice-president. Veteran CPI-M leader MY Tarigami is the convenor while People's Conference leader Sajjad Gani Lone is spokesperson.

Shah's comments came ahead of the first phase of District Development Council elections on November 25, the first political exercise since the Centre revoked Jammu and Kashmir's special status under Article 370 on August 5 last year and bifurcated the state into the union territories of Jammu and Kashmir, and Ladakh. The minister said Jammu and Kashmir was, is and will always be an integral part of India and the people of the country will no longer tolerate an unholy global 'gathbandhan' against India's national interest. "Either the Gupkar Gang swims along with the national mood or else the people will sink it," he said.

Shah also questioned Congress leaders Sonia Gandhi and Rahul Gandhi on whether they support the PAGD. "The Gupkar Gang also insults India's tricolour. Do Sonia Ji and Rahul Ji support such moves of the Gupkar Gang? They should make their stand crystal clear to the people of India," he said.