As BJP heads for election in Bihar, BJP President JP Nadda announced new office bearers for the party on Saturday.

The decision comes ahead of the crucial Bihar assembly elections where the party fared miserably in 2015 following an impressive performance in 2014 Lok Sabha elections. At that time, the JD(U) was a part of the Grand Alliance with RJD and Congress. 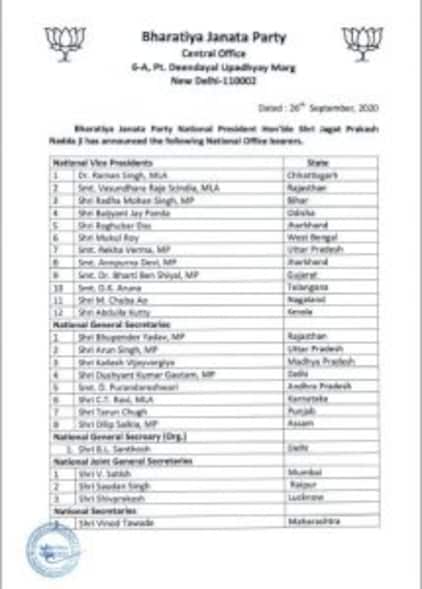 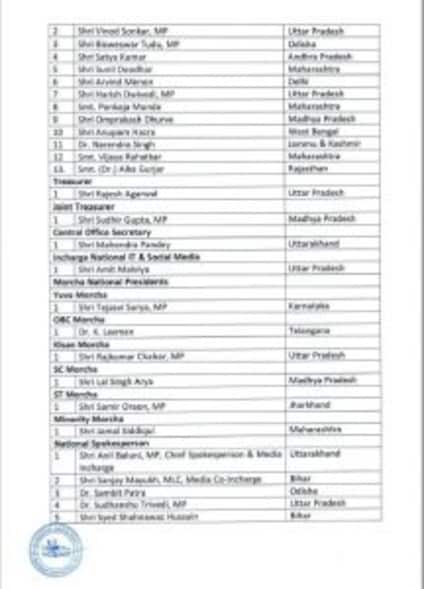 BL Santosh was appolited as the National General Secretary (Org).