The Punjab unit of the Congress party is battling huge infighting with the high command struggling to implement its 'peace formula', which seems to centre around Sidhu's elevation as the PCC chief.

Amid reports that Sidhu could be made Punjab Congress Committee chief, party sources said that his meeting with Jakhar is being seen as an attempt by the cricketer-turned-politician to bring all on board before the proposed announcement.

Pictures of the two leaders hugging each other surfaced on social media. Jakhar termed this meeting as a courtesy call. Describing the visit as a welcome sign, the unit president said that the party has to put a united face in the 2022 assembly elections. 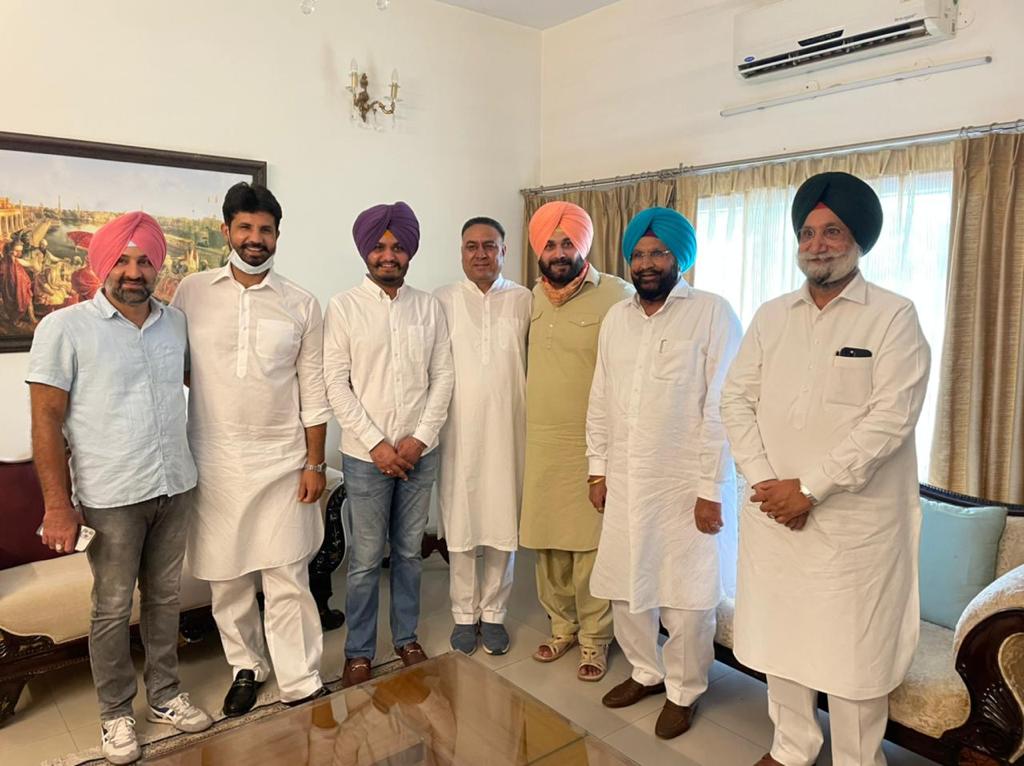 The Punjab unit of the Congress party is battling huge infighting with the high command struggling to implement its ‘peace formula’, which seems to centre around Sidhu’s elevation as the PCC chief.

.@INCIndia general secy in charge of Punjab @harishrawatcmuk arrives at residence of CM @capt_amarinder for a crucial meeting. pic.twitter.com/zHTJoHGHfn

Rawat was in Chandigarh for a meeting with CM Amarinder — in what was being seen as a move by the high command to bring CM on board before the announcement was made.

Minutes after ending his over an hour long meeting with Punjab affairs in-charge, Singh said he had raised ‘certain issues’ which he was hopeful will be taken up with INC president even as he maintained that a decision taken by her would be acceptable to him.

His media advisor Raveen Thukral tweeted the CM’s statement, “Had a fruitful meeting with @harishrawatcmuk. Reiterated that any decision of @INCIndia Presìdent will be acceptable to all. Raised certain issues which he said he’ll take up with @INCIndia president,” @capt_amarinder (sic).”

The meeting comes after Rawat recently quoted in media as saying that the cricketer-turned-politician could be made the party president and a peace formula to ensure that he and the chief minister were on the same page had been worked out.

Rawat’s remark, however, turned up political heat, he took a subtle U-turn after meeting Congress president Sonia Gandhi. “I didn’t say that Sidhu was becoming president. I was asked if he was, and I had said that a decision was being taken around what you are saying,” he said.

CM Amarinder, meanwhile, has opposed Sidhu’s promotion as the party chief with warnings to the party of chaos, terming him as unpredictable and unreliable.

According to the chief minister, the Amritsar MLA’s working style would hurt the Congress. “Old party members will be angry, and the Congress will be split due to this,” he said in a letter to Gandhi.

Swati Bhan, Contributing Editor, News 18, has a journalistic career spanning over two decades. She has previously worked with The Indian Express, The ...Read More