RJD leader Tejashwi Yadav further said CM Nitish Kumar's remark was an affront on the dignity of his mother as well as other women.

Bihar Chief Minister Nitish Kumar fired another salvo at RJD supremeo Lalu Prasad, though without naming him, saying no development can be expected from people producing 8-9 kids for a son, inviting a strong retort from Tejashwi Yadav who said the JD(U) boss is tired — both mentally and physically.

Kumar used the slur at an election meeting at Mahnar in Vaishali district on Monday. "Kisi ko chinta hain. 8-9 bachha paida karte hain. Beti par bharosa nahi hai. 7-8 beti ho jane ke bad ladka hua. Kaisa Bihar Banana chahte hain…agar logo ka yahi aadarsh hain to Bihar ka kya hoga." "Does anybody care? They produce 8-9 kids. They have no faith on daughters. They had 7-8 daughters before a son. What kind of Bihar they want to make? If this is their ideal, what will happen to Bihar? Kumar said, without naming anybody but his obvious target was RJD chief Lalu Prasad and his wife Rabri Devi, who have nine children.

Reacting to Kumar's statement, RJD leader Tejashwi Yadav told reporters in Patna Tuesday that by making such comment Kumar is targeting Prime Minister Narendra Modi who has 5-6 brothers and sisters." Yadav further said he takes Kumar's "abuses too as "blessings.

He said the chief minister's remark was an affront on the dignity of his mother as well as other women's. He is tired both physically and mentally. And hence he is making such remarks, Yadav said. 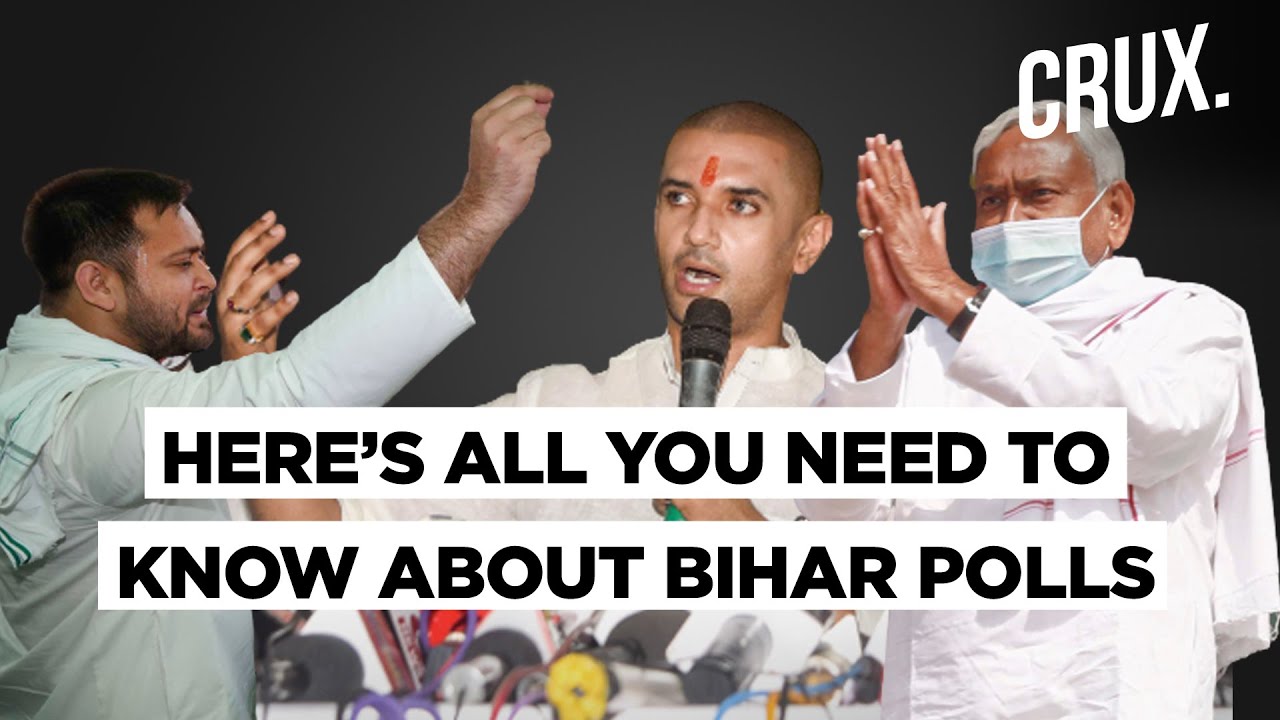 At the same Mahnar election meeting, Kumar explained to people as to why he left the Grand Alliance in 2017 just two years after forming a government with the RJD and Congress in 2015. "I told him (Tejashwi) to come clean on a charge levelled against him in a money laundering case. He could not. Soon, I realised they have returned to their old habits of influencing even police stations and so I thought it's difficult to work with them and walked out of the alliance," Kumar said.

He had dumped the grand alliance in July 2017, barely two years after forming government of the opposition coalition in Bihar in 2015. Soon, he joined hands with the BJP and led the NDA ministry in the state since then. Kumar also slammed the RJD for "humiliating" its founding member Raghuvansh Prasad Singh, allegedly forcing him to quit the party before his death last month.

"Raghuvansh babu was with them since the beginning in 1990 but how they treated him. These people are bothered only about their wife, sons and daughters," Kumar said, attacking Prasad, who is lodged in a jail in Ranchi after conviction in four cases of fodder scam. Raghuvansh Prasad Singh's son Satya Prakash Singh, who has joined the JD(U) since his father's death, also hit out at Prasad's family for "mistreating my father in his last days." .