'Not in Line With PM's Sentiment': MP Home Minister Says Sorry After His 'I Don't Wear Mask' Comment Irks Oppn

Following the attack from the Opposition, BJP leader Narottam Mishra later tempered his remarks, saying he cannot wear a face mask due to a medical condition.

Madhya Pradesh Home Minister Narottam Mishra on Thursday apologised for not wearing a mask and urged everyone else to do so, a day after his "I don't wear a mask" remark caused a flutter and drew fire from the Opposition.

"My statement over wearing a mask appears to be a violation of law. It wasn't in line with sentiment of the PM. I accept my mistake and express regret. I'll wear mask. I also appeal to everyone to wear mask & observe social distancing," Mishra said in an early morning tweet today.

Earlier on Wednesday, when the BJP leader was questioned by reporters on not wearing a mask at an event in Indore, he responded, "I don't wear a mask in any programmes. 'Isme kya hota hai?' (so what)." Mishra was in Indore to participate in a programme for distribution of assistance under the state government's Sambal Yojana, which provides social security cover to the poor and the SC and ST communities. 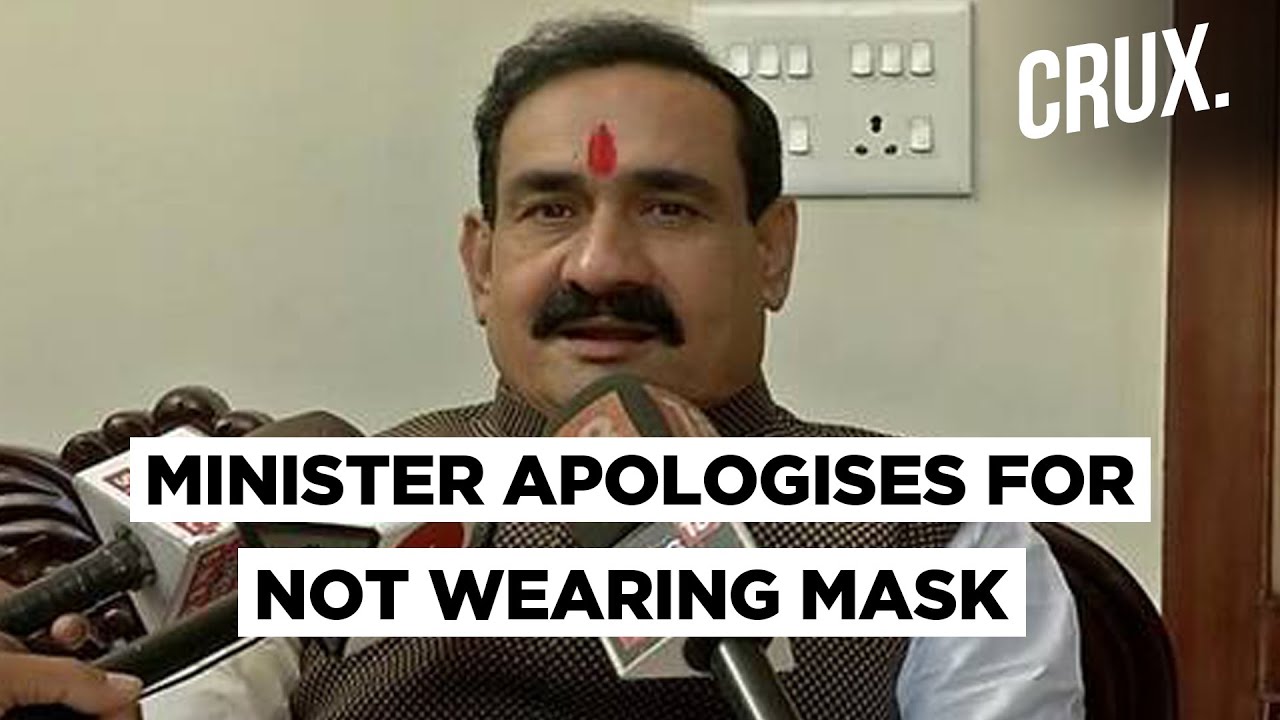 Reacting to his comment, state Congress spokesman Narendra Saluja slammed him, asking if masks were only meant for the common people. Following the attack from the Opposition, the minister later tempered his remarks, saying he cannot wear a face mask due to a medical condition.

"I normally wear a mask but I can't sport it for a long time, as I am suffering from Polypus and if I wear a mask it leads to suffocation," Mishra told reporters in Bhopal.

Indore is among the worst-hit districts in Madhya Pradesh with a total of 20,834 Covid-19 cases and 516 deaths so far. The Indore Municipal Corporation (IMC) penalises people without masks with Rs 200 fine, said an official.