Home » News » Politics » 'Nothing is Left': Not on Talking Terms With Sachin Pilot for Over a Year Now, Says Gehlot Amid Slugfest
3-MIN READ

'Nothing is Left': Not on Talking Terms With Sachin Pilot for Over a Year Now, Says Gehlot Amid Slugfest

The chief minister also hit out at the BJP, saying he had 'proof' of how they indulged in horse trading during the Rajya Sabha polls and they were trying to do the same now.

It would not be wrong to say that not only naysayers but the Congress too saw the political crisis coming in Rajasthan where swords are drawn between chief minister Ashok Gehlot and his now sacked deputy Sachin Pilot. The cold war between the leaders began with the Congress picking Gehlot for the chief minister's post after the 2018 assembly polls in a snub to Pilot. Pilot’s supporters said he deserved credit for the party's victory election after a campaign helmed by him as its state unit chief.

As the drama reaches the doors of the Rajasthan High Court, Gehlot spoke to News18 India on his equation with Pilot, revealing that he had not been on talking terms with his deputy for over a year. “I have not been speaking to Pilot for the last year-and-a-half as he has been conspiring against my government ever since we were elected,” he said.

The chief minister also expressed disappointment with Pilot’s decision to go public with his grievances. “He should have resolved this matter within the party forum but now nothing is left. Pilot should not betray a party which has given him everything. He was unaware of ground realities so he indulged in such a thing,” Gehlot said, adding that it was “not wrong to be ambitious but to play foul is wrong”. Gehlot alleged that Pilot wanted to join the BJP “but did not have sufficient numbers”. 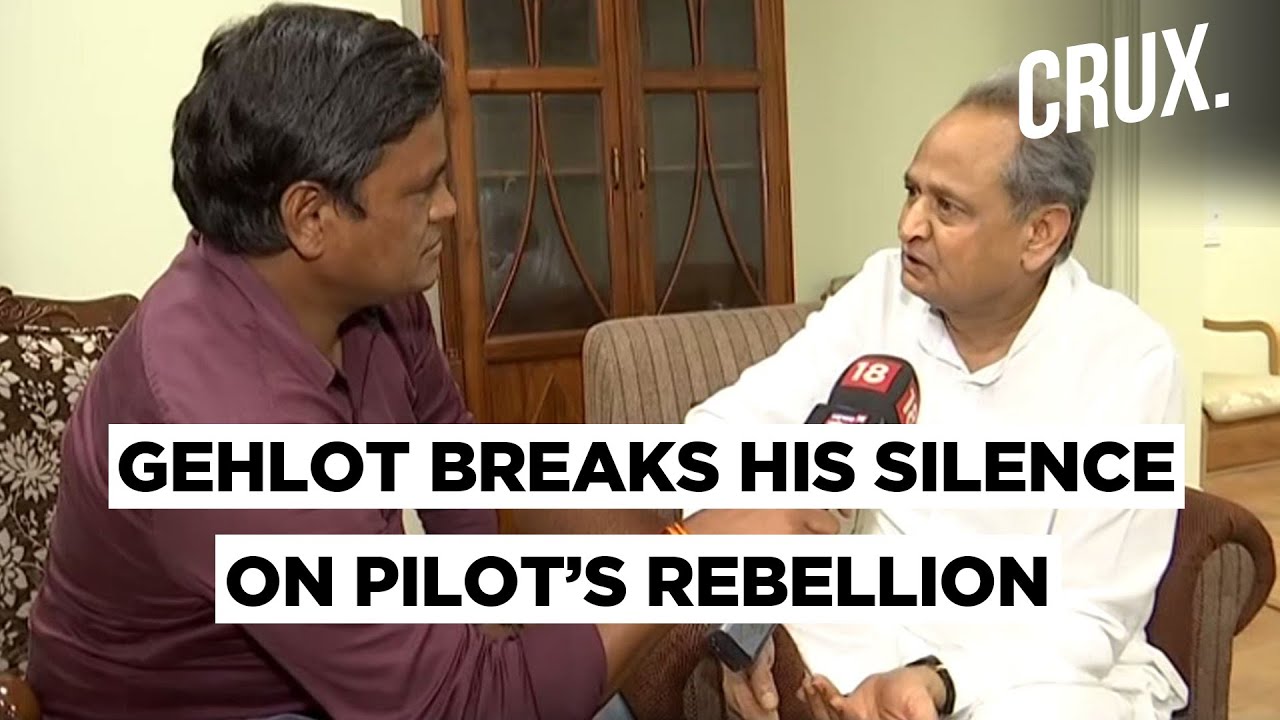 The chief minister also hit out at the BJP, saying he had “proof” of how they indulged in horse trading during the Rajya Sabha polls and were trying to do the same now.

However, striking a conciliatory note, Gehlot said former Congress president Rahul Gandhi knows he is not against the now-sacked deputy CM. “I am not against Sachin Pilot and Rahul Gandhi knows this. Even if he decides to come back, I will hug him with love. I have been seeing him since he was only 3 years old and I was an MP,” he said.

Sources in the Congress have said Pilot was told unequivocally that the Congress party's "doors are still open" for him, but he would have to return unconditionally. He was also reportedly told that he would first have to come out of the "BJP camp and not hobnob" with them.

According to sources, Pilot was also told that the Congress party is ready to forget this chapter, and that he will be accorded equal respect on his return.

After Pilot on Wednesday declared that he is not joining the BJP, the party asked the rebel leader to stop fraternizing with the BJP and give up the hospitality of a BJP-ruled state.

The Congress on Tuesday removed Pilot as Rajasthan deputy chief minister and state party chief after he mounted a rebellion against Gehlot, and also the Rajasthan speaker sent disqualification notice to him and 18 other MLAs after they defied a party whip to attend two Congress Legislature Party meetings.

Pilot and the dissident leaders on Thursday moved the Rajasthan high court, challenging the notices to disqualify them from the state assembly. After Pilot moved the court, a senior leader said it now seems "he has gone a bit too far".

The choice of lawyers --Mukul Rohatgi and Harish Salve--selected by Pilot to plead on his behalf in the Rajasthan High Court have also raised eyebrows within the Congress, with some party leaders saying the selection suggested the BJP involvement.

Meanwhile, the BJP in Rajasthan is in a "wait and watch" mode as a meeting convened by the party on Wednesday was postponed.
Tags