In the electoral arithmetic, NDA nominee Ram Nath Kovind has a clear advantage over rival and opposition candidate Meira Kumar.

New Delhi: The stage is all set for the election of the 14th President of India in a contest where NDA candidate Ram Nath Kovind has a clear edge over opposition nominee Meira Kumar.

Ram Nath Kovind has the backing of all the BJP allies besides several regional parties, while Meira Kumar has been fielded by the Congress and some major opposition parties in what they call an "ideological battle" against the ruling party.

Both Kovind and Kumar are from the Dalit community and have canvassed hard by visiting states to seek support of legislators.

Voting will take place in Parliament House and respective state assemblies between 10 am and 5 pm. The counting of votes will take place on July 20 in New Delhi where all the ballot boxes will be brought from various state capitals. The Electoral College which elects the President through the system of proportional representation, comprises MPs and members of state legislative assemblies.

A total of 4,896 voters — 4,120 MLAs and 776 elected MPs — are eligible to cast their ballot. MLCs of states with legislative council are not part of the Electoral College.

Since the election is through a secret ballot, the parties cannot issue a whip to their members to vote for a particular candidate. 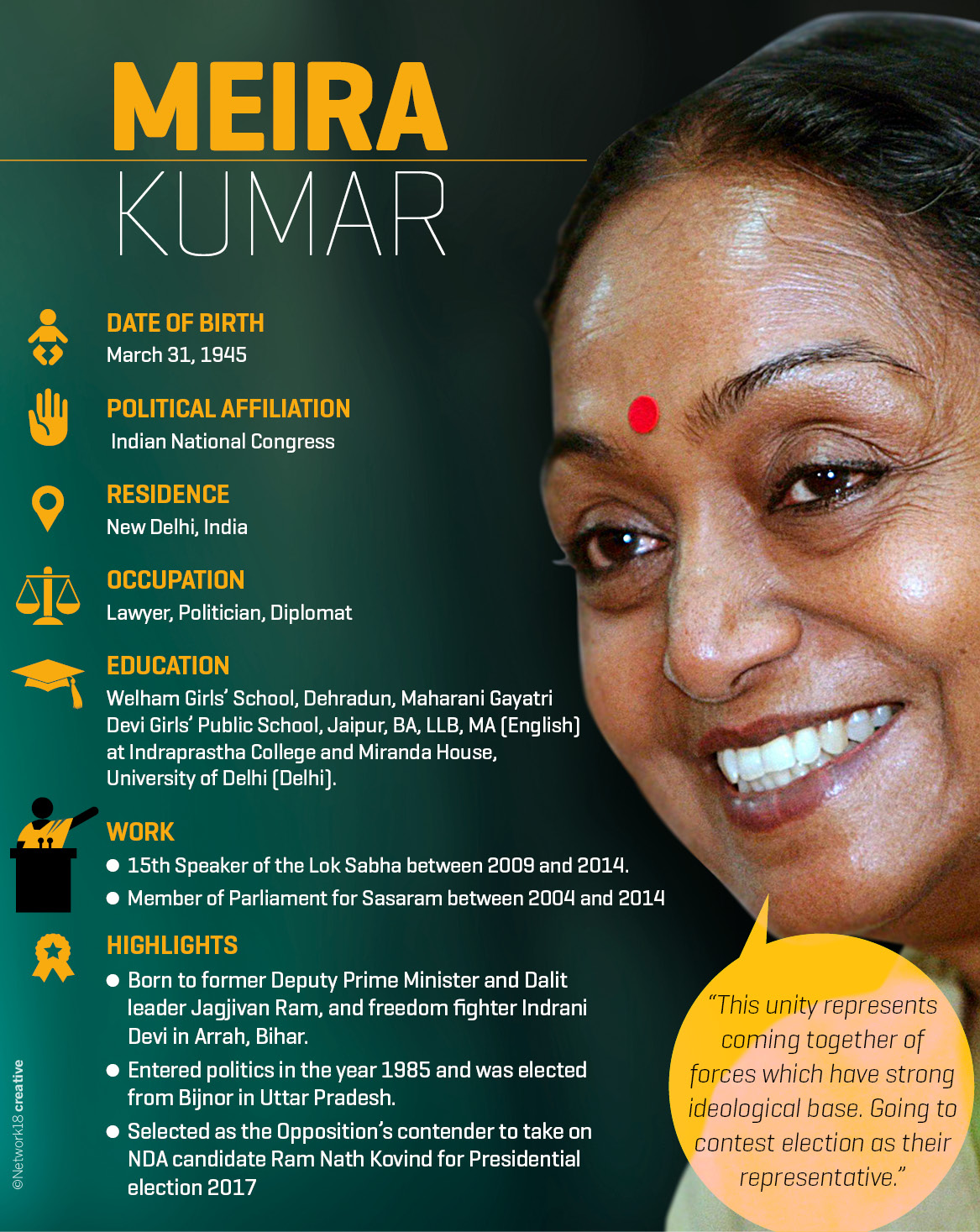 Officials said that polling in Parliament House will take place in Room Number 62 and MPs will vote according to tables allocated to states they represent.

Prime Minister Narendra Modi, Congress President Sonia Gandhi and party Vice-President Rahul Gandhi would vote on table number 6 as they are all MPs from Uttar Pradesh, the officials said.

The tenure of incumbent Pranab Mukherjee comes to an end on July 24. So far 13 stalwarts, including Mukherjee, have held the post.

The NDA, led by the BJP, has 5,37,683 votes and includes the Shiv Sena, and the shortage is around 12,000 votes. But the promised support from the BJD, the TRS and the YSR Congress and likely backing from the AIADMK factions could offset the shortfall of the presidential votes by a substantial margin.

In the 2012 elections, Pranab Mukherjee garnered 7,13,763 votes, while Pratibha Patil secured 6,38,116 votes in the previous polls in 2007. Both Mukherjee and Patil were Congress nominees.

Thirty three observers have been appointed by the EC to oversee the conduct of election. While two observers will be present in the Parliament House, one each will be deployed in the respective state assemblies.

The Election Commission has barred MPs and MLAs who vote to elect the next President from carrying their personal pens inside the voting chamber and will have to mark their ballot with specially- designed marker pens.