Punjab will vote in a single phase on February 20. The counting of votes will be held on March 10.

Punjab Elections 2022 Updates: Making a strong pitch for Punjab, the SAD-BSP alliance on Tuesday released its poll manifesto, promising 75 percent reservation in jobs in government and private sectors for domiciled youths and MSP on fruits, vegetables, and milk, besides a number of freebies if it is elected to power in the state. The Shiromani Akali Dal and Bahujan Samaj Party alliance also promised 400 units of free power Read More

At the iconic Giani tea stall in the heart of the holy city of Amritsar, a Jat Sikh student, Amrit Pal, looks derisively at a pamphlet distributed by a Congress worker campaigning for his party candidate. “What have they done in the last five years to deserve my vote?’’ Before one senses an element of angst at non-performance, comes the addendum; “Why did they choose Charanjit Singh Channi as chief ministerial candidate?” Read More

Rahul Gandhi on Tuesday asked voters in Punjab not to look at the face of leaders but their actions to understand the “hidden powers” that are at work behind them, as the former Congress president attacked Prime Minister Narendra Modi and AAP leader Arvind Kejriwal. Taking on the Aam Aadmi Party (AAP), he claimed those seeking one chance to form the government will “destroy Punjab” and the state “will burn”. Read More

“Why did we make Channi ji a CM? Because he is poor and he understands the problems faced by the poor. Did we do something wrong? Can’t a poor person be a Punjab CM? They make fun of Channi ji just because he is poor,” said Congress leader Rahul Gandhi while addressing a public rally in poll-bound Punjab’s Mansa.

“You have BJP and AAP leaders before you – both of them play the same game. Both of them are similar. Look at Narendra Modi and Arvind Kejriwal – where did they both begin from? Both of them started from RSS,” ANI quoted Congress leader Priyanka Gandhi Vadra as saying in Punjab’s Rupnagar during campaigning ahead of polls on February 20.

Punjab to Vote in Single Phase on Feb 20

Punjab will vote in a single phase on February 20. A total 1,304 candidates are in fray for 117 seats after the withdrawal of candidature. The counting of votes will be on March 10.

The Amritsar North seat will go to the polls in Punjab elections 2022 on February 20. The Amritsar North Assembly election result will be declared on March 10, along with the rest of Punjab and four other states. The voting for Punjab polls was originally scheduled to take place on February 14 but was postponed by the Election Commission to February 20 after political parties said thousands of voters would be travelling to Varanasi for Guru Ravidas Jayanti around that time. Read More

I thought long&hard,& realised the way internal processes of Congress are in place today, I couldn't continue any longer consistent with my dignity&self-esteem: Ashwani Kumar

UPDATE | "Do you want prohibition? There is prohibition in Gujarat and Bihar but liquor is being sold illegaly, Who is taking the money ?, asks Kejriwal

BJP & Congress got into dirty politics over the PM's security, says Kejriwal

BJP & Congress got into dirty politics over the PM's security. I want to assure every Punjabi that we'll take responsibility for public safety if AAP is voted to power. We'll not indulge in any kind of politics on national, internal security: AAP chief Arvind Kejriwal in Ludhiana pic.twitter.com/86tKv9cJqE 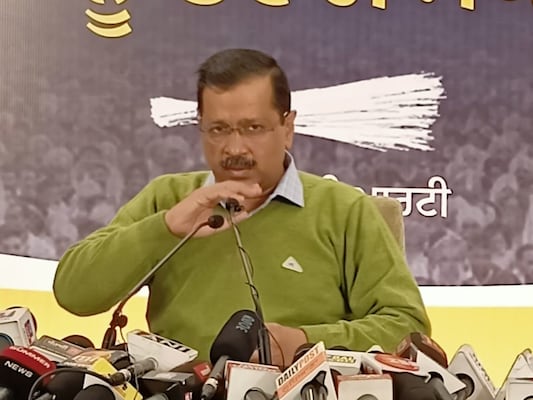 Congress vice-president Rahul Gandhi on Monday said Hoshiarpur will get food parks, where everything can be manufactured directly by transferring produce from farms to food processing unit. “Whatever you grow in food park, be it potato chips or tomato ketchup, everything can be manufactured by directly transferring your produce from farms to food processing unit,” he said, addressing the ‘Navi Soch Nava Punjab’ rally in the city about 46 km from Jalandhar where Prime Minister Narendra Modi was campaigning as well. READ MORE

As PM Narendra Modi addressed his first physical rally in poll-bound Punjab after repealing the farm laws, Chief Minister Charanjit Singh Channi claimed that his chopper was denied permission to take off twice during the day due to flying restrictions imposed during the PM’s visit. Channi had to skip AICC leader Rahul Gandhi’s rally in Hoshiarpur as he could not take off. The Punjab CM was to fly to Hoshiarpur by AICC chopper from Rajindra park helipad in front of his official residence.

Punjab heads into Assembly elections in an atmosphere of deep discontent. The convergence of multiple crises – agrarian, ecological, economic – has created a state of flux and a strong impulse towards change. Powered by a ‘no progress without change’ sentiment, the Aam Aadmi Party (AAP) poses a formidable challenge to the incumbent Congress. While opinion polls have given AAP a majority, the highly fragmented political scenario makes it hard to predict outcomes. READ MORE

Congress leader Rahul Gandhi on Monday cautioned people against going for any “experiment” in the Punjab assembly polls, saying that maintaining peace was most important for the state and only his party was capable of it. Addressing a poll rally here, Gandhi asserted that his party understands Punjab very well and can take the state forward. The Congress leader also targeted Prime Minister Narendra Modi over unemployment, saying he does not talk about it and black money in his election speeches. Gandhi also attacked Union Home Minister Amit Shah over his statement on the drug menace in Punjab, and asked him why he did not speak on the subject when his party’s previous alliance partner Shiromani Akali Dal was in power in the state.

Stepping up the heat on the AAP, Chief Minister Charanjit Singh Channi today accused party convener Arvind Kejriwal of misleading people in the name of “politics of change”, claiming every third candidate of the party had criminal record. The SAD had the maximum number of candidates with criminal record, followed by the AAP, he said. A number of AAP candidates are those who were denied ticket by other parties. How can Kejriwal talk of change? Charanjit Singh Channi, CM.

Only Congress is fit to govern Punjab: Rahul Gandhi

Congress leader Rahul Gandhi on Monday cautioned people against “experimenting” in the Punjab assembly elections on February 20, asserting that “only the Congress can take care of Punjab”. Addressing a poll rally in Hoshiarpur, Gandhi said that the Congress understands Punjab very well and can take the state forward. “Punjab’s peace is the most important thing. Remember, this is not a laboratory. It is not a place to carry out an experiment.” “You understand the Congress party. It can take everyone along and maintain peace. We have experience in doing so. This is not the time to experiment… What matters most for Punjab is peace, communal harmony and unity for the sake of which Congress is ready to sacrifice anything. It is the only party that can take along people of all faiths, castes and beliefs,” he added.

Punjab to Vote in Single Phase on Feb 20

for all households, Rs 10 lakh free annual health insurance, Rs 2,000 per month to all women heads of blue cardholder families (BPL beneficiaries) as well as 5 lakh houses and five marla plots each to homeless poor.

Its leaders said that the alliance is committed to the idea of a genuine federal structure in the country and will continue to fight to secure justice for the state in river waters, territorial, political and religious matters. They announced sops for various sectors including education, health, agriculture, and social welfare.

The manifesto said old-age pension will be increased from Rs 1,500 to Rs 3,100, increase in ‘Shagun’ scheme to Rs 75,000. Under the Punjab government’s Shagun scheme currently, an amount of Rs 51,000 is given for the marriage of women belonging to Scheduled Caste and Backward Classes. It also promised Rs 5 lakh interest-free loan for every youth, especially women to start their own enterprise.

Earlier in the day, as Prime Minister Narendra Modi addressed his first physical rally in poll-bound Punjab, Chief Minister Charanjit Singh Channi claimed that his chopper was denied permission to take off twice during the day due to flying restrictions imposed during the PM’s visit. Channi had to skip Congress leader Rahul Gandhi’s rally in Hoshiarpur as he could not reach. The Punjab CM was to fly to Hoshiarpur by AICC chopper from Rajindra Park helipad in front of his official residence.

Attacking the AAP, Channi on Monday accused party convener Arvind Kejriwal of misleading people in the name of ‘politics of change’. He claimed that every third candidate of the party had a criminal record. The SAD had the maximum number of candidates with criminal records, followed by the AAP, he said. Shiromani Akali Dal (SAD) president Sukhbir Singh Badal also alleged that the AAP wanted to use Punjab as a stepping stone to success.

Meanwhile, Kejriwal in a sharp response claimed that the AAP’s rival parties in Punjab are targeting him and its chief ministerial candidate Bhagwant Mann as they do not want the state to have an honest government. He said the only fault of his party and its leaders is that they talk about improving the condition of schools and hospitals in Punjab, giving jobs to people, and ensuring justice in sacrilege cases. In a swipe at his Punjab counterpart, Kejriwal said Channi has been having nightmares about him and is unable to sleep these days.

Punjab will vote in a single phase on February 20. The counting of votes will be held on March 10.