‘Voices of Dissent Cannot be Shut Down’: Pilot Scores SC Win in Disqualification Row, HC Order at 10.30am Tomorrow

Allowing the Rajasthan High Court to pronounce its ruling on the plea by the dissident Congress MLAs against disqualification proceedings against them, the Supreme Court said the verdict will remain subject to its outcome.

In relief for the Sachin Pilot camp, the Supreme Court on Thursday refused to restrain the Rajasthan High Court from passing an order on a plea of sacked deputy Chief Minister Sachin Pilot and 18 other dissident Congress MLAs challenging the disqualification notice against them and said it would be subject to the outcome of petition before the apex court.

Observing that the "voice of dissent" in a democracy cannot be shut down, the Supreme Court refused to accept the request of Rajasthan Assembly Speaker CP Joshi to either stay the matter pending before the high court or transfer it to the apex court.

The high court will pass its order at 10.30am on Friday.

A bench headed by Justice Arun Mishra was hearing an appeal filed by Joshi against the high court's direction asking him to defer the disqualification proceedings till July 24. The high court is scheduled to pass its order on Friday on the plea filed by the 19 dissident Congress MLAs. 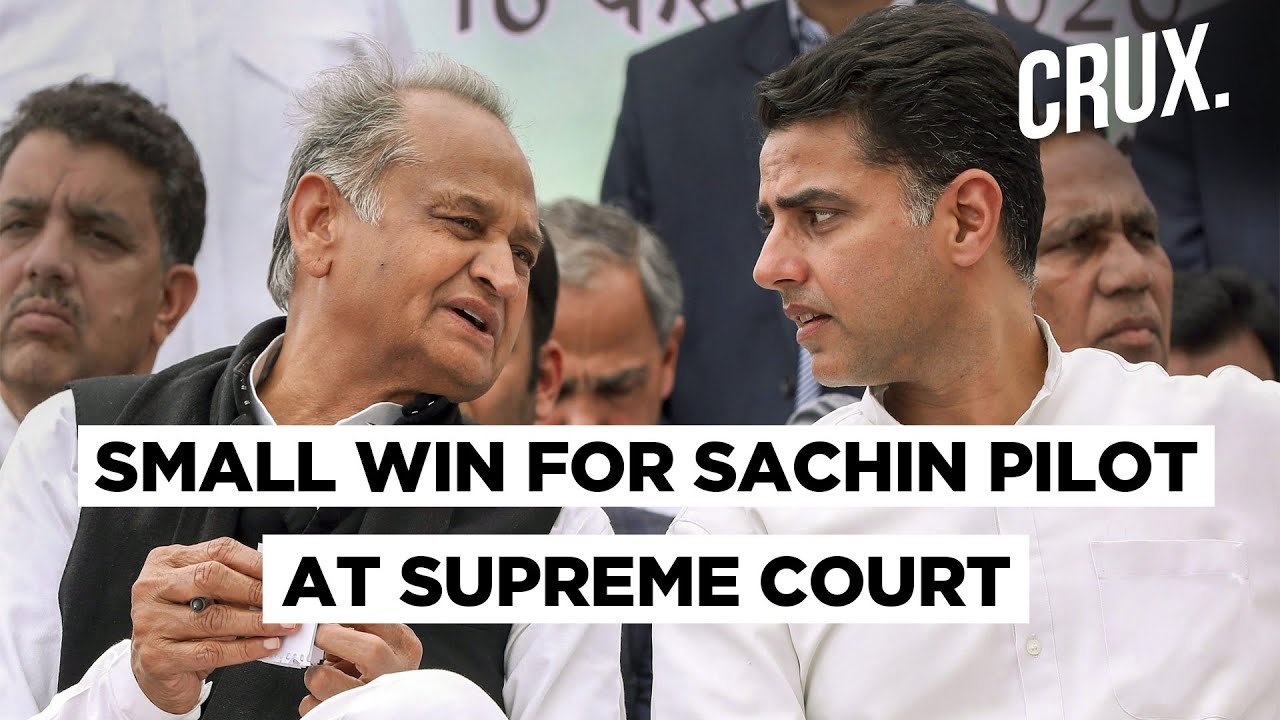 The bench, also comprising Justices BR Gavai and Krishna Murari, said Joshi's plea raises important questions and requires prolonged hearing. "We are not restraining the High Court from passing the order but it will be subject to the outcome of the petition (of Speaker) before the Supreme Court," the bench said, fixing the plea for hearing on July 27.

"Voice of dissent in democracy cannot be shut down," the bench observed. "We are trying to find out whether this process (disqualification) was permissible or not," it said, questioning Joshi on the reasons for initiating disqualification proceedings against the dissident MLAs.

Senior advocate Kapil Sibal, appearing for Joshi, listed the reasons for starting the disqualification proceedings, saying that these MLAs did not attend party meetings and conspired to destabilise their own government.

The bench said: "This is not a simple matter and these MLAs are elected representatives." Responding to a query of the bench, Sibal said, These MLAs had gone to Haryana, stayed at a hotel and gave TV bites that they want floor test."

He said the issue as to whether the disqualification process is permissible or not cannot be taken note of by the court at this stage. "Our grievance is purely constitutional and there cannot be any order till decision is taken by the speaker."

Sibal said that at the most the Speaker can be asked to decide disqualification within a time frame but the process can't be interfered with and no writ can lie to challenge proceedings before Speaker prior to the decision on disqualification or suspension of MLAs.

The bench asked Sibal whether a disqualification notice can be issued to MLAs for not attending the meetings and can it be taken as stand against the party. The observation came when Sibal said that there was a notice issued by the Chief Whip of the party to all MLAs to attend the meetings.

At the outset, Joshi told the top court that the state high court has no jurisdiction to restrain him from conducting disqualification proceedings till July 24 against 19 dissident Congress MLAs, including sacked deputy chief minister Sachin Pilot.

Sibal referred to a famous top court verdict rendered in the 1992 Kihoto Hollohan case, in which it was held that courts can't intervene in disqualification proceedings undertaken by the Speaker under Tenth Schedule to the Constitution.