A vertical split in the party and potential vote split as a result is expected to benefit the BJP --- the largest party in the assembly. All eyes now are on the performance of the Thackeray and Shinde camps in the upcoming Andheri East bypoll

Ask a Shiv Sainik and they will tell you — on Dussehra, all roads lead to Shivaji Park, a venue synonymous with Sena rallies since 1966.

Cut to 2022 and things have changed rapidly. For starters, the Shiv Sena suffered a vertical split in June, with Eknath Shinde allying with the BJP and becoming chief minister, claiming his faction is the ‘real’ Shiv Sena.

The tussle between the Shinde and Uddhav Thackeray camps meant Mumbai witnessed parallel Dussehra rallies on Wednesday, a first in itself. Following a mini court battle, Uddhav Thackeray took to Dadar’s Shivaji Park, while CM Shinde took centre stage, around 8 kilometres away, at BKC’s MMRDA grounds.

So, where did Thackeray go wrong? Vinod Kumar Bhojwani, a Shiv Sena worker from Aurangabad’s Sillod for the past 25 years, said: “Hindu Hriday Samrat Balasaheb Thackeray was clear that we will not go with the Congress. [By allying with the Congress] It’s that mistake that the Sena president did.”

A spitting lookalike of Shinde, Bhojwani added that the Dussehra rally by the chief minister was to set the course for the next assembly elections in Maharashtra, scheduled for 2024. Sena worker Vinod Kumar Bhojwani said the Dussehra rally by Shinde was to set the course for the 2024 assembly elections in Maharashtra. (Shubham Chohan/News18)

On expected lines, Shinde and Uddhav Thackeray took potshots at each other in light of the former’s rebellion.

“Those whom we gave everything have betrayed us and those who were not given anything are all together. This Sena is not of one or two but of all of you. As long as you are with me, I will be the leader of the party,” Thackeray said.

Shinde retorted: “Maharashtra voters elected you [Uddhav] and BJP in assembly elections, but you betrayed people by allying with Congress and NCP. The true legacy of Balasaheb is the legacy of ideology. Our ideology will not change. Betrayal has happened but it has happened in 2019.” The chief minister also emphasised that his rebellion was a ‘revolution’.

Apart from being a stage for the two camps to trade barbs, the rallies also exposed chinks in the Thackeray armour. While Uddhav Thackeray and his son Aaditya were at the party’s traditional rally venue, his brother Jaidev and his ex-wife Smita, as well as the late Bindumadhav’s son Nihar, pledged support to Shinde. 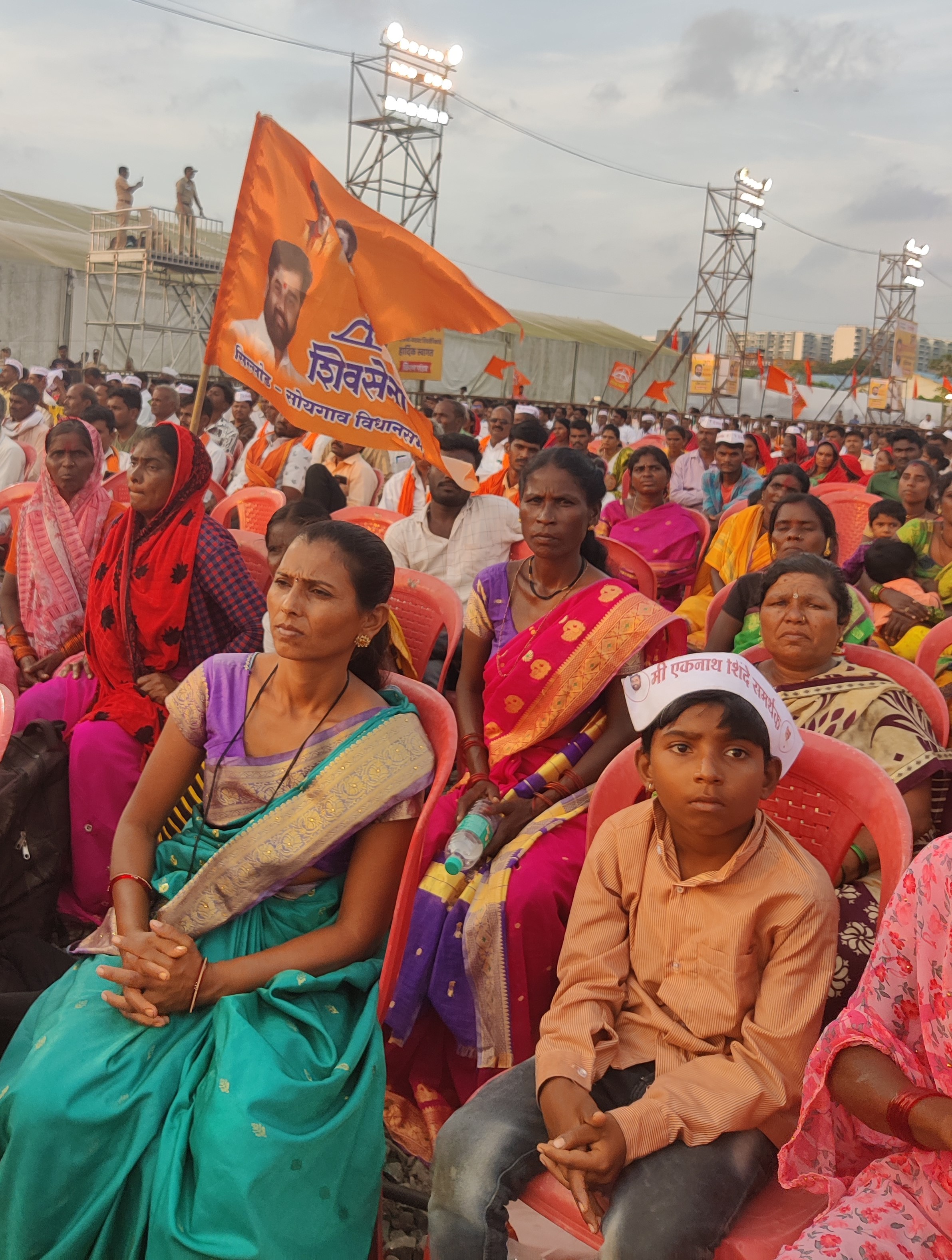 “Eknath (Shinde) is my favourite. Maharashtra needs a dashing leader like him. I have come here for him. Don’t leave Eknath Shinde alone. He is working for the farmers and common people," said Jaidev, Balasaheb’s eldest son who has largely stayed away from politics and reportedly has strained relations with younger brother Uddhav.

A major bone of contention between the two sides was party supremo Balasaheb and his ideology of Hindutva — a plank that was also the focus of their teasers online in the run-up to the rallies.

Analysts say, however, the Shiv Sena’s perception of its ideology has changed over time.

“Uddhav Thackeray’s Hindutva is more of building, assimilating and accepting different identities rather than asserting it as a Hindu. His (idea of Hindutva) is very different from Bal Thackeray. He was talking of giving more space to the Hindu identity more strongly in different forms,” said Dr Kunwar Siddarth Dadhwal, a political science professor who has studied Shiv Sena over the years.

A vertical split in the party and potential vote split as a result is expected to benefit the BJP — the largest party in the assembly. 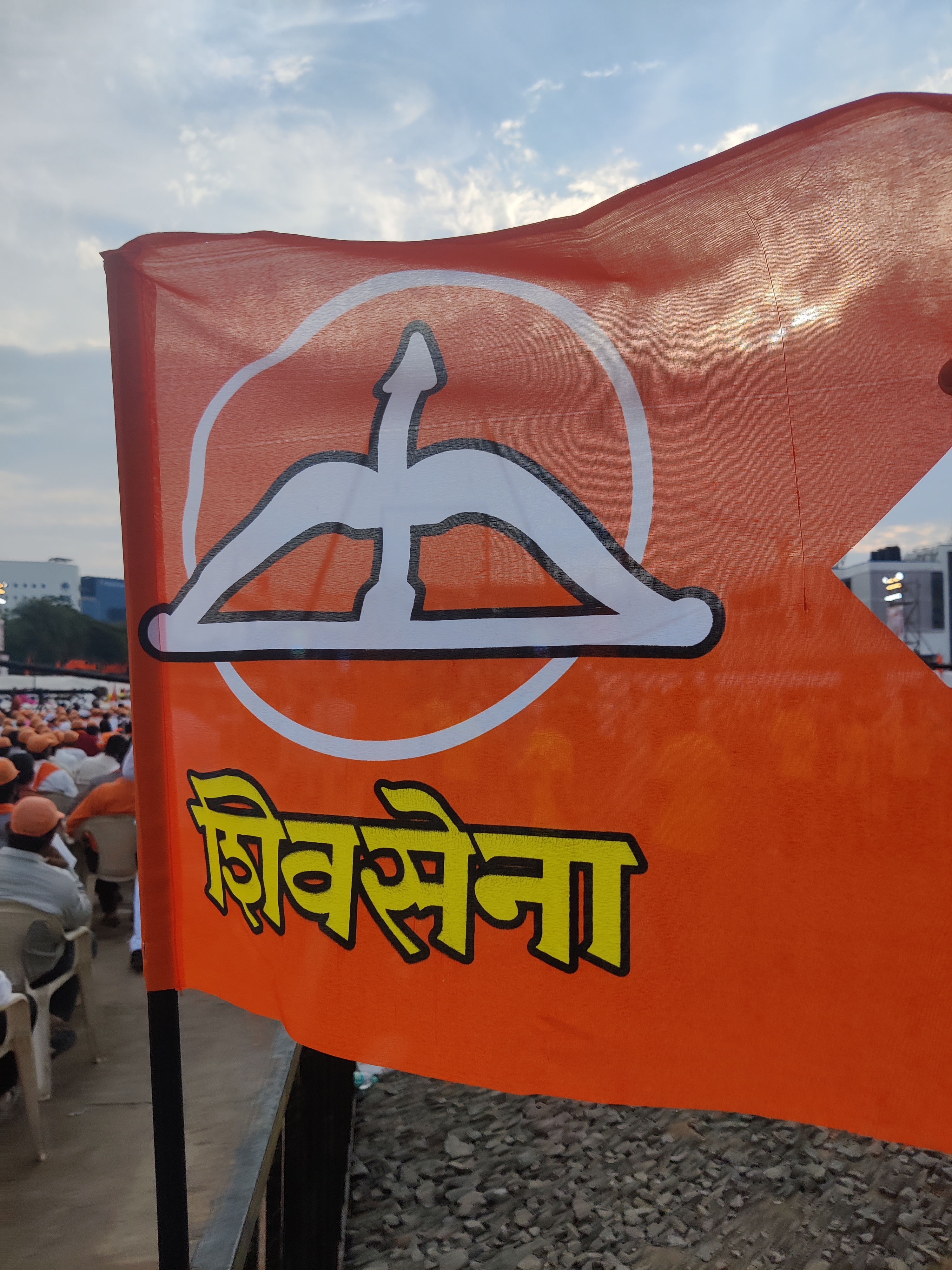 The fight between the camps is now over the bow and arrow symbol, an issue pending before the poll body. (Shubham Chohan/News18)

Dr Dadhwal added: “What BJP has been successful in doing is, what I would say, killing the regional politics in Maharashtra. The NCP is anyway struggling to find its identity and existence with the corruption cases against Pawar, Nawab Malik, and Anil Deshmukh.”

Leaders from both camps sounded confident about their show of strength at the rallies. Now, all eyes will be on their performance in the upcoming Andheri East bypoll.

“The fight is not about the Dussehra rally. It’s about the bow and arrow symbol,” a Shinde supporter, who did not wish to be named, said about the matter pending before the Election Commission.