NDA's major ally from Maharashtra Shiv Sena celebrates its 50 years in Indian politics on Sunday. A look at the timeline of events that led to the rise of the most controversial regional party in the country and its entry to national politics.

October: First rally at Shivaji Park, which has became an annual feature till date

October: First agitation against South Indian 'lungiwalas', who were accused of grabbing jobs meant for Marathis

* 1969: Mumbai bandh, allegedly incited violence for three days on the Maharashtra-Karnataka boundary dispute, which is unresolved till date * 1984: Blamed for the communal cauldron that engulfs Bhiwandi in Thane district

* 1985: Bags the BMC for the first time on its own strength, harping on 'sons of the soil' issue 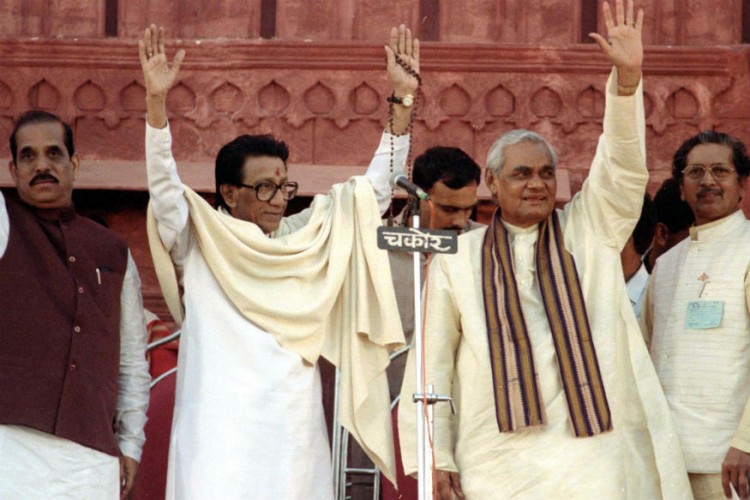 Bal Thackeray grieves the loss of his wife Meena and son Bindumadhav.

Severely indicted by the Justice B.N. Srikrishna Commission for its role in the 1992-1993 communal riots * 2009: With just 45 seats, Shiv Sena loses Leader of Opposition post to BJP, which got 46 seats in the assembly elections

* November 17, 2012: Founder-patriarch, 'Hindu Hriday Samrat' Balasaheb Keshav Thackeray dies at 86. Accorded state honours at the city's first public funeral in a century at Shivaji Park, and gets a rare tribute in Parliament though he was never elected to either house

The adamant Shiv Sena prefers to sit in opposition; in December, a month after being in the opposition, the party joins the government