Kavitha (L) said that Sharmila and her party were just tools of the BJP to make sweeping and unfounded allegations/statements against the TRS as they were fearful of the hold the regional party has in Telangana. (Image/Twitter) 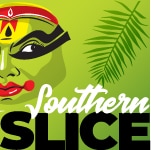 In a daughter-versus-daughter drama, Sharmila and Kavitha have been exchanging political barbs on public and social media platforms much to the amusement of observers.

Kavitha, the daughter of Telangana Chief Minister KCR, made Sharmila, who is the founder of the Yuvajana Shramika Rythu Telangana Party (no link to her brother YS Jagan’s YSRCP), the target of her verbal barbs. Sharmila had accused TRS workers of attacking her convoy in Lingagiri village in Warangal on Monday and trying to stop her from meeting people in Telangana. Sharmila is the founder of the YSR Telangana Party (YSRTP) and sister of Andhra Pradesh Chief Minister YS Jagan Mohan Reddy.

Kavitha said that Sharmila and her party were just “tools” of the BJP to make sweeping and unfounded allegations against the TRS as they were fearful of the hold the regional party has in the state.

Sharmila has been walking across Telangana, emulating her brother Jagan’s Praja Sankalp Yatra of 2017 in neighbouring Andhra Pradesh, to gain support for her YSRTP before the 2023 Assembly elections.

When Telangana Governor Tamilisai Soundararajan, state BJP president Bandi Sanjay, Union minister G Kishan Reddy and other party leaders came out in support of Sharmila and condemned the attack on her, Kavitha called the YSRTP an “arrow of the BJP", one she alleged is being used to target the TRS.

Kavitha brought out the rhymester in her and penned a poem, insinuating that Sharmila was a “plant” of the BJP in Telangana. Taking to Twitter with her poetic barb, Kavitha wrote, “Lotus flowers were singing the paeans of the arrow which was released by them.” She used Telugu words for ‘lotus’, ‘covert’ and ‘orange parrot’.

Attacking Sharmila, Kavitha added: “The Telangana people are clever enough to distinguish between milk and water. Until yesterday, your vote was in Pulivendula (AP) and now you seem to have changed your route to Telangana for the BJP.”

Kavitha also reminded Sharmila that she is perceived as just another political tourist working on behalf of the BJP who is unfamiliar with the struggle in comparison to the Rao family which emerged from the Telangana movement. “Unlike you, I am neither a political tourist nor entered politics after coming to power, but one born in the Telangana agitation,” Kavitha said in her poem.

Sharmila retaliated in kind. “In the pink (the colour of the TRS) garden, known only for posts and no work, there is no dearth of poems,” she wrote.

She said that Kavitha, an MLC, was in the party only because she belonged to a politically influential family. Sharmila further accused Kavitha of neither undertaking a padyatra (walkathon) nor addressing people’s problems but being a “showpiece” on the TRS mantle.

On Monday, Sharmila was attacked in the caravan she was resting in during her ongoing Praja Prasthanam Padayatra. The bus was set on fire allegedly by TRS workers. A few cars that were part of the entourage were also damaged.

To prove her claim that the TRS used brute force to stop her, Sharmila made a dramatic entry in Hyderabad. Bandaged, she tried to drive one of the damaged cars to Pragati Bhavan, the official residence of the Telangana CM. When she was stopped by the police, she refused to get out of the car. The police then called a towing vehicle and towed the car away with Sharmila still sitting inside it. She was arrested amidst the high drama and later released on bail.

Finding no political space in Andhra Pradesh where her brother is the CM, Sharmila launched her party YSRTP in neighbouring Telangana in July 2021 to establish her political career. Sharmila has found support among loyalists of her father, the late YS Rajasekhara Reddy, who was the popular Congress CM of undivided Andhra Pradesh until his death in a helicopter crash in September 2009. Her party is expected to fight the 2023 Assembly polls on its own and contest all 119 seats in the state.

Kavitha, on the other hand, served as TRS’s Lok Sabha MP from Nizamabad from 2014 to 2019 and is presently a Member of the Legislative Council from Nizamabad.

About the Author
Rohini Swamy
Rohini Swamy, Associate Editor at News18, has been a journalist for nearly two decades in the television and digital space. She covers south India for...Read More
Tags:
Read More