Home » News » Politics » The Magnetism of Muthuramalinga Thevar, His Bond with Bose, And His Touch in Tamil Nadu Politics
7-MIN READ

The Magnetism of Muthuramalinga Thevar, His Bond with Bose, And His Touch in Tamil Nadu Politics

The annual Thevar Jayanti event is to be held on October 30 to celebrate the birth anniversary of the freedom fighter, Congress and Forward Bloc leader

Before his father’s demise on June 6, 1939, Muthuramalinga Thevar travelled to Chennai in relation to the family property lawsuit, where he met Srinivasan, a well-known Congressman and esteemed attorney. He then accompanied Muthuramalinga Thevar for the All India Congress gathering. Awe swept the crowd during freedom fighter Subhas Chandra Bose’s moving speech and Srinivasan’s stirring address. As a result, a young Muthuramalinga Thevar made the decision to fully commit to the freedom struggle. At that point, he began his political career and dedicated his possessions and his life in order to free India. He stopped wearing fancy clothing after that day and preferred to dress entirely in khadar and built himself into a Congressman.

Muthuramalinga Thevar had a key role in a number of social reforms. A significant turning point in his career was the Criminal Tribes Act (CTA), passed by the British in 1920 and directed towards the Mukulathor community, against which he responded by organising the populace and rallies. He was instrumental in getting the Act repealed after continuous efforts in 1946.

While residing at the home of attorney Srinivasan, Netaji learned about the nationalism and piety of Pasumpon Muthuramalinga Thevar. As the political journey of Thevar continued, he went to the Indian National Congress’s 52nd annual meeting, which took place in Tripuri in March 1939. Pattabhi Sitaramayya challenged Subhas Chandra Bose’s leadership during this meeting. Mahatma Gandhi actively supported Sitaramayya. Thevar backed Bose, who was re-elected as the head of Congress. 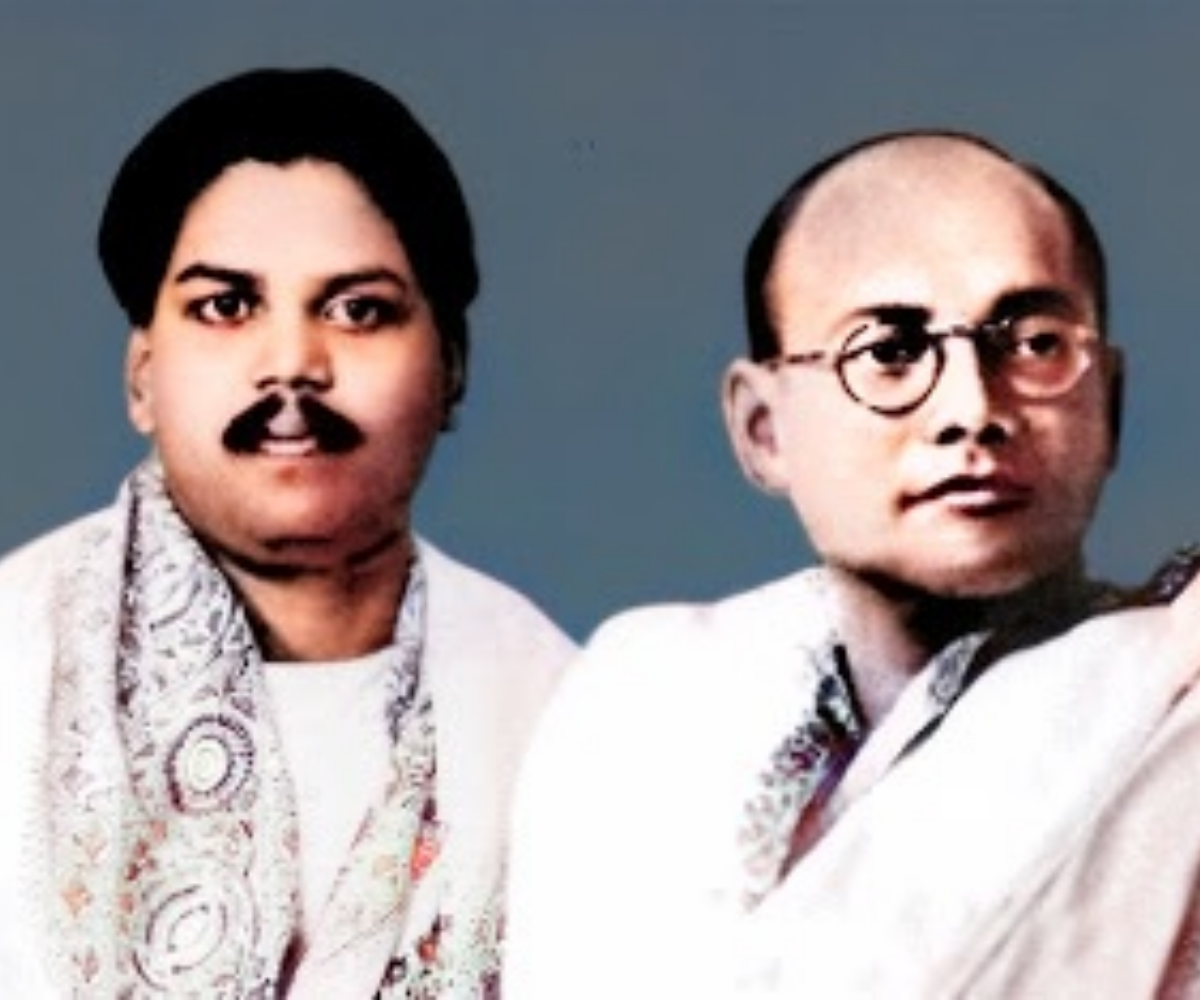 Thevar had encouraged south Indians to vote for Subhas Chandra Bose. Bose was, however, compelled to resign from the Congress presidency apparently under pressure from the Gandhi-led faction in the Congress Working Committee. Then, on June 22, he established the Forward Bloc, pushing for the consolidation of all Left-wing forces into a single organisation within the Congress. Thevar joined the Forward Bloc after becoming frustrated with the official Congress leadership’s decision to keep the Criminal Tribes Act in place. Apparently, Thevar was instrumental in setting up a rousing reception in Madurai on September 6 during Bose’s visit shortly after the Forward Bloc was formed in 1939. Subsequently, Muthuramalinga Thevar served as the national deputy chairman of All India Forward Bloc (AIFB) from 1952.

Thevar stronghold of Mannargudi in Tamil Nadu’s Thanjavur district makes up the entire family of late chief minister J Jayalalithaa’s close aide VK Sasikala from the Thevar community. The Mukulathor community, which includes the Agamudayar, Maravar, and Kallar, views Muthuramalinga Thevar as divinity; paying reverence to him is said to be the best way to win the support of these communities by political parties, which make up the majority in the southern Tamil Nadu region, during elections. 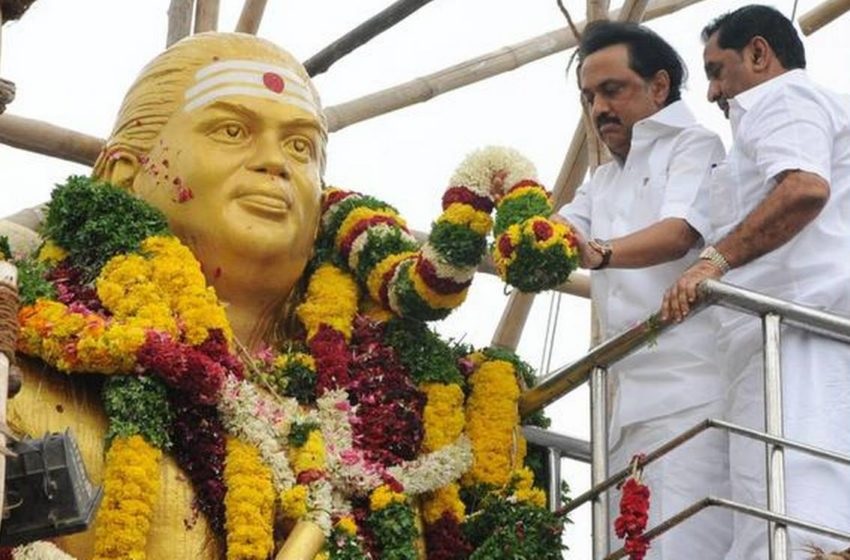 On the occasions of Thevar’s Jayanti and Guru Pooja, members of the Mukulathor community still grant offerings to the statue of Thevar located, among other places, in Madurai’s popular Goripalayam junction. They make offerings and cook pongal in the middle of the road; abhishekams with milk and all other rituals are usual sights there.

Immanuel Sekaran’s murder in September 1957 became a significant political turning point in Tamil Nadu. Immanuel Sekaran, a Dalit leader born on October 9, 1924, in Sellur village in Mudukulathur of Ramanathapuram district. Every year on September 11, they remember the man who battled for the liberation of Dalits, leading the Dalit struggle in the early 1900s while defying all caste conventions. 1957 saw a terrible outbreak of caste violence in the eastern Ramanathapuram district of Tamil Nadu. On July 1, a by-election was held in response to Muthuramalinga Thevar’s resignation from the Tamil Nadu assembly. His Forward Bloc party members and Congress members clashed in the fiercely fought election. The district experienced widespread violence that resulted in numerous killings and house fires. In an effort to resolve the situation, district collector CVR Panikkar called a peace meeting on September 10, 1957.

Muthuramalinga Thevar apparently opposed Immanuel Sekaran’s presence at the conference on behalf of the Pallar community, a Tamil Nadu Dalit group. Thevar claimed that Sekaran cannot speak for the Pallars. The only representation of the Pallar community was Pallar MLA Perumal, who was elected to represent the Mudukulathur reserve constituency. Immanuel’s supporters were chastised by Muthuramalinga Thevar for allowing him “to grow in high standing and speak up to him". The next day, Immanuel was discovered dead close to the Paramakudi railway station. According to the reports, Thevar attacks on Pallar community extended throughout the area, causing devastation and death. Police shooting events triggered violence in the Ramanathapuram district. Soon after, Muthuramalinga Thevar was detained in accordance with the Preventive Detention Act (1950). Later, the court ordered the release of Thevar. These are more than just old historical incidents which are still alive in Tamil Nadu.

The historical events resulted in communal tensions in the state. Every year, Section 144 of the CrPC is imposed fearing possible law and order disturbances around the anniversaries of Muthuramalinga Thevar and Immanuel Sekaran in Ramanathapuram. Thousands of police personnel are deployed for security.

On September 11, 2011, six Dalits who had gathered in Paramakudi to commemorate Immanuel Sekaran’s 54th death anniversary had been slain by police. Earlier, on the same day, the Dalit leader John Pandian was apprehended by the police near Vallanaadu village and taken to an undisclosed location. Around 200 Dalits in Paramakudi began holding a demonstration as soon as they learned of this arrest. They pleaded for the quick release of the detained leader and wanted to know where he was. The incident later developed into agitation which resulted in the killing of six Dalits, sparking a huge controversy in the state more than a decade ago.

From Karunanidhi to Jayalalithaa

The celebrations even during the pandemic (2020) were on par with previous yearly celebrations during Thevar Jayanti. The entire area was decked out, and there were crowds, flags, folk artists, dancers, and musicians, as political parties competed to pay respects to the influential leader. Moreover, the Muthuramalinga Thevar statue in Parliament was dedicated by BJP’s Subramanian Swamy. From late politicians to current-day politicians, Muthuramalinga Thevar has been an icon to embrace the votes of these communities during elections, as Thevars make up the majority in the south of Tamil Nadu.

Amidst the tussle between EPS and OPS of All India Anna Dravida Munnetra Kazhagam (AIADMK), and as it is customary for the party’s treasurer to receive the golden armour from the bank, handed over at the Thevar Jayanti celebrations every year and re-deposited in the bank, ex-minister Dindigul Srinivasan, the AIADMK treasurer, petitioned the court, asking it to order the bank to give him the golden armour for the Thevar Jayanti and permit the use of the joint bank account. Meanwhile, OPS objected to this in an impleading petition. The golden armour being brought out of the bank. Pic/News18

Earlier this week, the Madurai Bench of the Madras High Court instructed the Madurai District Revenue Officer (DRO) to sign for and receive the golden armour (Thanga Kavasam) from the bank and hand it over to the Ramanathapuram District Revenue Officer for the Thevar Jayanti celebrations. This was done in consideration of the fact that two factions of the AIADMK are at odds, the judge said. The judge also added, “The DRO would be in charge of keeping the golden armour safe and re-depositing it in the bank after the event. The SP of Madurai and Ramanathapuram districts ought to offer sufficient security."