Coolie work seem to have become the highest paid job in Telangana. Across districts “Gulabi Coolies" can be sweating out in the heat to earn money. Chief Minister K Chandrashekhar Rao announced a week-long "Pink Labourer Days" from April 14-20 where Telangana Rashtra Samithi workers, from ministers to grassroot level, have to work as labourers to earn money for the party’s plenary.

Hyderabad: Coolie work seem to have become the highest paid job in Telangana. Across districts "Gulabi Coolies" can be sweating out in the heat to earn money.

Chief Minister K Chandrashekar Rao announced a week-long "Pink Labourer Days" from April 14-20 where Telangana Rashtra Samithi workers have to work as labourers to earn money for the party's plenary.

However, from Cabinet ministers to TRS party leaders, everyone is raking in big bucks as labours, prompting criticism from opposition leaders that the government is mocking the poor in the state.

KCR's son and IT Minister KT Rama Rao sold ice cream and juice in Hyderabad and earned Rs 7.30 lakhs in one hour. His daughter and MP from Nizamabad, K Kavitha, sold sarees in a shopping mall in her constituency. Within a few minutes, she earned Rs 6.90 lakhs.

Manual labour is a symbolically way to raise funds for party's plenary. Grand celebrations are planned to mark party's formation day and three years of government. The TRS will hold plenary on April 21st in Hyderabad and then a massive public meeting in Warangal. 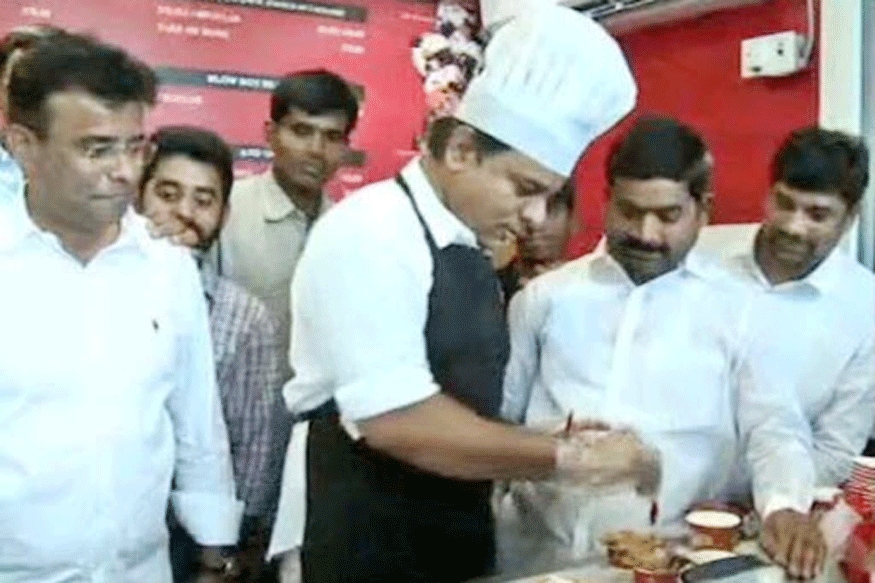 Chief Minister appealed every party worker to work and earn money, to pay for their travel and food expenses. Earlier also party has taken up such campaigns to raise money for party's plenary.

KCR himself will take up coolie work for one day on April 19th in Thorrur Mandal and raise funds for the party plenary.

But opposition has been critical of the practice. BJP Spokesperson Krishnasagar Rao said, "TRS party is a drama company. Instead of good governance, party is indulging mocking unemployed youth. There are lakhs of students without jobs and here ultra-rich "coolies" are earning lakhs of rupees is nothing but an insult to them."

"This is the same Chief Minister who has been splurging exchequers money on his personal luxuries. This is a juvenile attempt to show non-corrupt character. But people are not fools", he added.

Krishank, a student leader from Osmania University, said, “There are youth in state who are struggling to get job of few thousands and TRS leaders are making lakhs of rupees as labours. These politicians who have failed in supporting the poor and farmers in their constituencies are pouring wealth to appease KCR. It’s a mockery of shramdaan and TRS leaders should stop fooling people. It’s nothing but just photo opportunity. "