Uttarakhand Crisis LIVE Updates: A BJP MP, Tirath Singh Rawat he was the chief of the party in Uttarakhand from 2013 to 2015 and also an MLA from the state in the past.

Uttarakhand Crisis LIVE Updates: Tirath Singh Rawat,56, will be the new chief minister of Uttarakhand after the resignation of Trivendra Singh Rawat. A BJP MP, he was the chief of the party in Uttarakhand from 2013 to 2015 and also an MLA from the state in the past. Rawat edged out prominent names such as those of Union minister Ramesh Pokhriyal Nishank and Dhan Singh Rawat.

Names of at least half a dozen leaders, including Dhan Singh Rawat, Bhagat Singh Koshyari, Ramesh Pokhriyal Nishank and Satpal Maharaj, were doing the rounds to replace Trivendra Singh Rawat, who resigned as the chief minister of Uttarakhand on Tuesday. Trivendra Singh Rawat’s substitute was decided at a state legislature party meeting at the BJP headquarters on Wednesday under the watch of party national vice-president and former Chhattisgarh chief minister Raman Singh, political circles are abuzz with speculations.

Sources said state minister Dhan Singh Rawat has emerged as a frontrunner to be the next chief minister. A man known for his polite ways, 48-year-old Dhan Singh, a resident of Paithani village in Pauri district, is said to be close to the outgoing chief minister. Singh became an MLA for the first time in 2017. Tourism Minister Satpal Maharaj is also being looked at as a prominent contender. A former Congress heavyweight, Maharaj joined the BJP in 2014 after losing the race for chief ministership to Harish Rawat. Maharaj is an MLA from Chaubattakhal in Pauri district. He is also a spiritual guru having admirers across the country. The 69-year-old had been a Congress MP from Pauri in the past. What are Two Challenges for BJP with Choosing New CM? The new entrant Tirath Singh Rawat, is MP from Pauri Garhwal. Now Rawat will have to contest an assembly election, following which the Pauri seat will go for a bypoll. 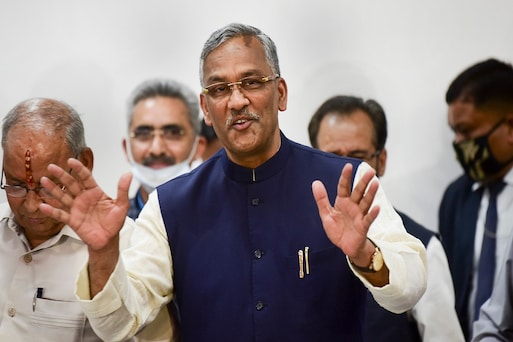 The Chief Minister will take oath at 4 pm today.

Who is Tirath Singh Rawat? Aged 56-year-old, MP from the Pauri district, Tirath Singh Rawat has been announced as the 10th chief minister of Uttarakhand after Trivendra Rawat resigned from the post yesterday. With a background from Rashtriya Swayam Sewak (RSS), he was once considered a confidant of BC Khanduri and was also the state's party president. 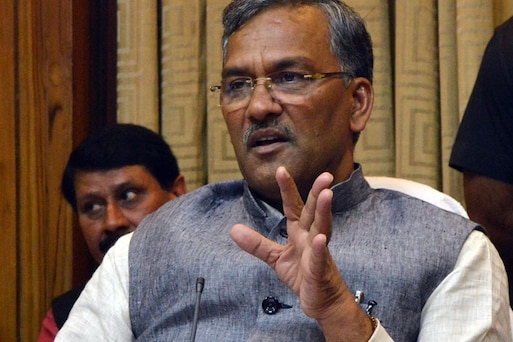 Amid rumours of his resignation, Uttarakhand chief minister Trivendra Singh Rawat is expected to address a surprise press conference in Dehradun at 3pm on Tuesday, a day after he met Bharatiya Janata…

Who Are the Frontrunners for CM's Post? Ramesh Pokhriyal Nishank among MPs and Satpal Maharaj, Dhan Singh Rawat  among MLAs are front runners  for the CM post.

Discontent, a Tense Weekend, Resignation: CM Trivendra Singh Rawat's Story So Far & His Possible Successor | Just four days of political tension in Uttarakhand and Trivendra Singh Rawat had to resign as the CM of the hit state. As he quits, News18 brings together the story so far and the future of BJP in the state in 10 crisp point. READ MORE

Not Part of Any Race, Says BJP MP Ajay Bhatt | "I have done all the job assigned to me to benefit the people of the state and my party. I'm not part of any race," BJP MP Ajay Bhatt on being asked if he is in the race for Uttarakhand CM post.

BJP to Meet Today to Pick Trivendra Singh Rawat's Replacement A Day After he Resigns | Names of at least half a dozen leaders, including Dhan Singh Rawat, Bhagat Singh Koshyari, Ramesh Pokhriyal Nishank and Satpal Maharaj, are doing the rounds to replace Trivendra Singh Rawat, who resigned as the chief minister of Uttarakhand on Tuesday. Though Trivendra Singh Rawat’s substitute will be decided at a state legislature party meeting at the BJP headquarters here on Wednesday under the watch of party national vice-president and former Chhattisgarh chief minister Raman Singh, political circles are abuzz with speculations.

Union Education Minister Ramesh Pokhriyal Nishank is another contender for the post. A former chief minister, Nishank is an MP from Haridwar. He was also a hill development minister in undivided Uttar Pradesh. The name of Maharashtra Governor Bhagat SinghKoshyari is also doing the rounds. Koshyari had held the Uttarkhand chief minister’s post briefly after Nityanand Swami. He has also represented the state both in the Rajya Sabha and the Lok Sabha. Names of BJP national spokesperson Anil Baluni and former state BJP president Ajay Bhatt are also in circulation.

Baluni (50) is currently a Rajya Sabha member and his proximity with the central party leadership may help him get to the top office in the state. Bhatt represents the Nainital constituency in the Lok Sabha. He had defeated former chief minister Harish Rawat in Nainital in the 2019 general elections.

Soon after submitting his resignation, Rawat addressed a press conference at his official residence, telling the media that the party has “collectively decided” that someone else should lead the state now. He said he comes from a humble background and never even imagined his party will give him the honour of serving Uttarakhand for nearly four years as a chief minister.

No chief minister, except the late ND Tiwari of the Congress, has completed his or her five-year term as the CM of the young hill state which was carved out of Uttar Pradesh in November 2000. “I feel really honoured that my party gave me the opportunity to serve Devbhoomi for nearly four years,” Rawat said.

“Now, the party has collectively decided that I give this opportunity to someone else. So, I have submitted my resignation to the Governor. I wish all the best to whoever takes over from me,” he said.

He said that during his tenure, several steps were taken for the empowerment of women including a recent ordinance giving the ownership rights to women in the ancestral property of their husbands. Asked as to what was the reason behind his replacement, Rawat did not divulge much. “I told you it was a collective decision of the party.”

On being queried further, Rawat quipped, “You will have to go to Delhi to find that out.”