Rehaa Khann: A versatile lady, who walks her talk

Rehaa Khann has also been part of a popular Bollywood and Telugu blockbusters.

From achieving prominent titles, to owning self-ventured companies, and having a heart of gold to work as a social worker Rehaa Khann at this very young age considerably has a lot in her bag. She is a woman who dreams big and also achieves gigantically due to her dedication and hard work.

This famous superstar was born in the fame land of India, Mumbai and lived her adolescent years in Doha, Qatar. She is now back in India doing modelling, acting and running her own business since 2013. She got an opportunity to enter Bollywood industry via Prajakta Film Production by signing her frst Bollywood flm ‘London Se Aaya Mera Dost’ which will be produced by Rekha Surendra Jagtap & Chandrakant Pawar.

Having won many beauty pageants, Rehaa Khann has also been part of a popular Bollywood and Telugu blockbusters. She has been recently awarded as the ‘Iconic Women of Year 2020’ in March 2020. In 2019, she was crowned with two world beauty pageants, one was ‘Miss World Super Model Asia 2019’; and another being ‘Miss Mermaid Asia International 2019’ in April 2019, a contest which does not only check any contestant’s persona but also conducts an individual's physical strength. Miss Mermaid Asia International is the only sea sport beauty pageant in the world in which Rehaa Khann contested against 35 other countries and won the pageant. She is an unstoppable active woman, determined to bring in a lot of fame and success. In the year 2018, she had won two world beauty pageants: ‘Top Model Asia International 2018’ and ‘Top Model Korea 2018’. 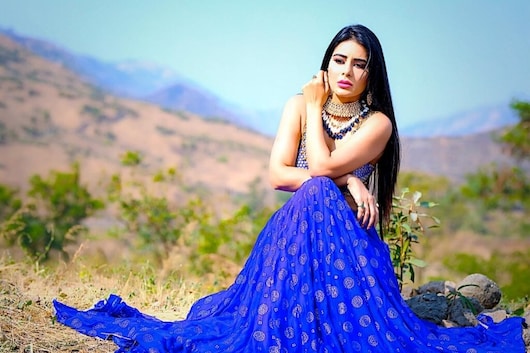 Along with her modelling and acting career she is an extremely passionate female entrepreneur having two self-ventured companies; one is a media house and production house being another which she started on her own ground after returning from UAE.

Additionally, Rehaa is a compassionate lady who firmly believes in giving back to the society, her heart weeps when she sees poverty in our nation. She has her own NGO called ‘Farishta Social Foundation’ which means an angel, she truly is an angel for less fortunate people as she is actively involved in eradicating poverty by distributing meals to the poor people.

On her birthday she would personally go to buy luxury gifts for the slum kids and will gift them on her own, she celebrates festivals like Eid and Diwali with less fortunate people by giving them gifts, chocolates, sweets and food goodies which goes hand in hand with her desire to alleviate poverty and serve the society. People who know her call her as an ‘One Woman Army’ as she uplifted her business, her career in modelling industry and successfully runs an NGO everything on her own feet. Her unfathomable faith and high aims in life, for lives is what inspires us to cheer for her.

Disclaimer: This is a press release that has been published from a syndicated feed and has not been edited by News18 staff.