An all-round sportsperson, Anushriya has represented India in shooting and her home state Uttarakhand in basketball while also being an accomplished biker with many firsts to her name.

“I took up formula racing only one year back and am truly thrilled to win two titles in the national racing championship in just my second year,” a delighted Anushriya said. “It wasn’t easy as the competition was very tough, with many boys in fray in the Rookie category and some experienced ladies in the Women’s category,” she added.

Anushriya had set herself up for the Rookie title by sweeping a whopping 46 points in the opening round, winning three races and finishing second in two others. In the final round, despite struggling with a truant car, she still managed to finish second in one race and third in three races to garner 31 points for a cumulative tally of 77 points.

The 25-year-old held off a strong challenge in the Women’s category too, pipping Mira Erda and Phoebe Nongrum to the title. 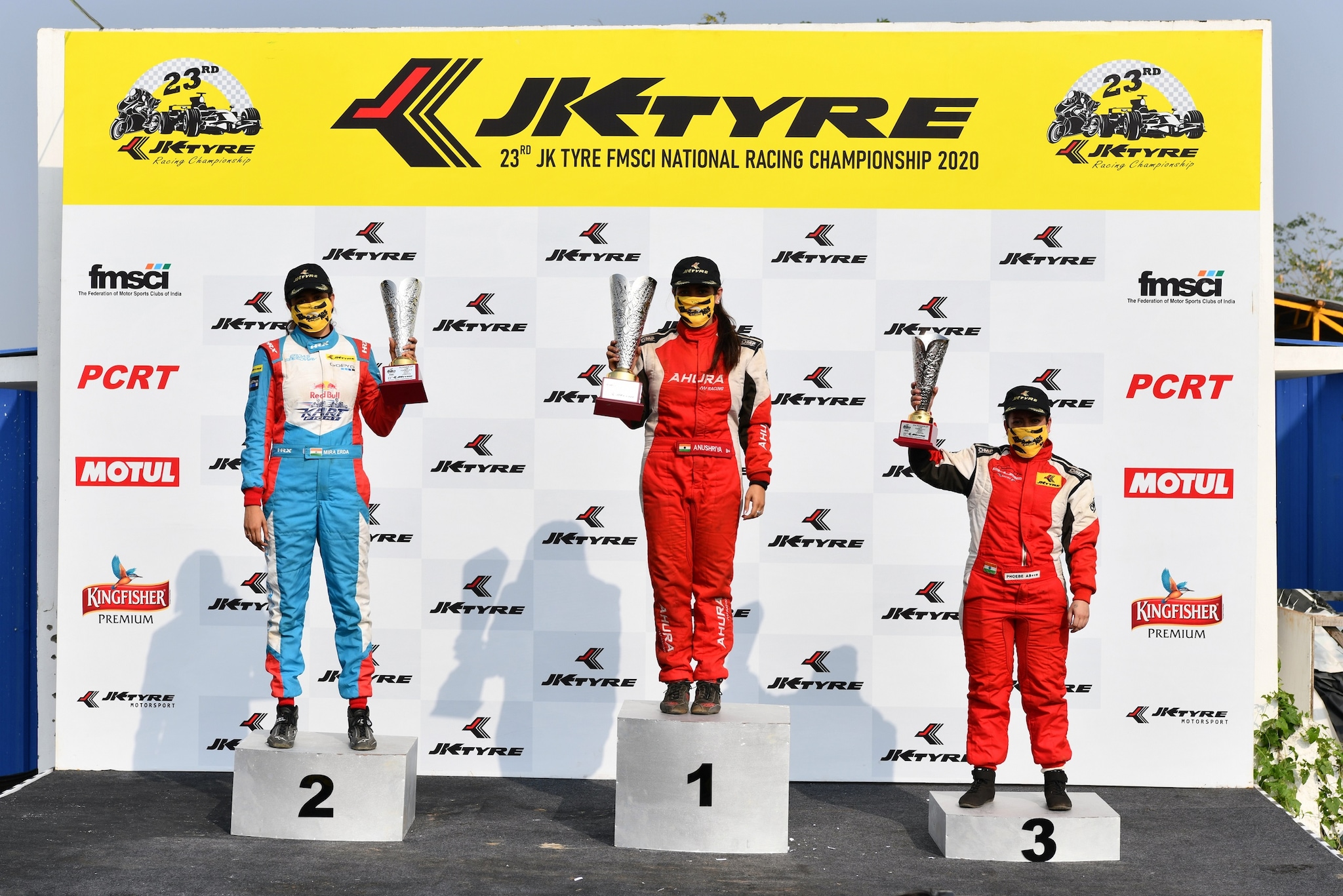 As many as five out of the six Ahura cars finished in the Top 10 of the Rookie competition to open a new vista for women in Indian racing.

“Our entire goal was to encourage Indian women to take up racing,” Sarosh Hataria said. “We had won the Rookie title last year too. Anushriya’s victory once again shows that our girls can compete as equals with boys and even beat them. This augurs very well for the sport,” he added.