Home » News » Badminton » Asian Games: So Near Yet So Far — Sindhu’s Final Saga Goes From Bad to Worse
4-MIN READ

Asian Games: So Near Yet So Far — Sindhu’s Final Saga Goes From Bad to Worse

A losing trend that started at the 2016 Rio Olympics has continued till the Asian Games 2018, where she lost against Chinese Taipei's Tai Tzu-ying 13-21, 16-21. News18 Sports takes a look at the major finals Sindhu has lost in the last two years.

There is no doubt that shuttler PV Sindhu is one of the greatest players that India has ever seen but when it comes to winning tournaments, she might not be right up there. While champion shuttlers make it a habit to win events, Sindhu has had to settle with the second-best tag more often than not. Such has been her plight in the finals that since 2016 she has made 14 appearances in summit clashes and lost 10 of them.

A losing trend that started at the 2016 Rio Olympics has continued till the Asian Games 2018, where she lost against Chinese Taipei's Tai Tzu-ying 13-21, 16-21. News18 Sports takes a look at the major finals Sindhu has lost in the last two years. Sindhu became toast of the nation when she made it to the final of the 2016 Rio Olympics and secured at least a silver to the medal-starved nation. But joy turned into despair when then 21-year-old lost a close battle against Marin — 21-19, 12-21, 15-21. After winning the first game, Sindhu could not continue with the momentum and fell to former world number 1 in a match that lasted 83 minutes. This loss in the final was just a curtain-raiser to many more such defeats. If there is one player whose game Sindhu hasn’t been able to pick is Chinese Taipei’s Tai Tzu-ying. That was visible in the final of the Hong Kong Open two summers back as Sindhu was no match for her opponent and lost the match 15-21, 17-21. This was the first time that Sindhu had entered the World Championships final in her career having finished third in the 2013 and 2014 editions. The Indian faced Japanese girl Nozomi Okuahara in the final and lost 19-21, 23-21, 20-22 in a marathon match that lasted close to two hours. Sindhu had been in fine form throughout the tournament had registered impressive wins against Kim Hyo Min, Cheung Ngan Yi, Sun Yu and Chen Yufei. But in what is often referred as the best women’s singles match ever, Sindhu ran out of steam in the dying moments of the match. Sindhu faced the Chinese Taipei player for the second year in a row in the Hong Kong Open summit clash. But the Indian continued her bad form against Tai Tzu-ying and succumbed 18-21,18-21in the final. This was her second final loss in the year, and her weakness in the title clashes had started to emerge. Tai was the better player on the day and showed wide range of shots. She improved her record against Sindhu to 8-3. In a tournament featuring the world’s best shuttlers only, Sindhu was expected to lift the title at the Dubai Superseries Final. The Indian had done everything right until the night of the final but fell short in the last encounter against Akane Yamaguchi and lost 21-15, 12-21, 19-21. Perhaps a bout of flu affected Sindhu’s game, but credit to Yamaguchi for making the most of the opportunity. The Hyderabadi joined Saina Nehwal and the mixed doubled pair of Jwala Gutta/ V Diju in the list of players finishing runners-up at the event. 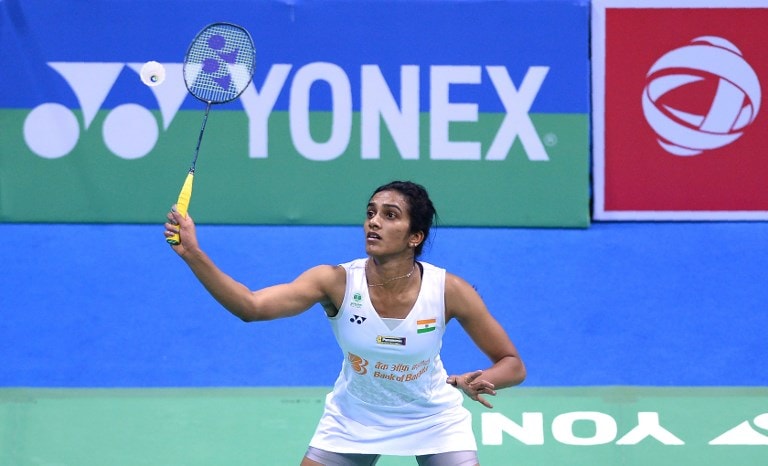 Title holder Sindhu was expected to win at the home tournament but could only do enough to reach the final of the tournament. By now, her discomfort in the finals of big events was a topic of national debate and players round the globe had started to expose her shortcomings. This time it was the turn of little-known USA’s Beiwen Zhang who trounced Sindhu 18-21, 21-11, 20-22. Prior to this loss, Sindhu had displayed impeccable form. It’s a visual treat to watch Saina Nehwal and Sindhu lock horns at a prestigious international event. The dream match happened at the Commonwealth Games where the duo met in the final. Based on form, Sindhu should have been the clear winner but Nehwal came out tops and won the battle 14-21, 17-21. Nehwal established a 3-1 head-to-head record against Sindhu. 
By the time Thailand Open started it was established that if anyone from the Indian players had a chance of making the final, it was Sindhu. Going on win the title was always out of question though. As millions of fans would have predicted, Sindhu reached the final yet again but went down to Nozomi Okuhara 15-21, 18-21. 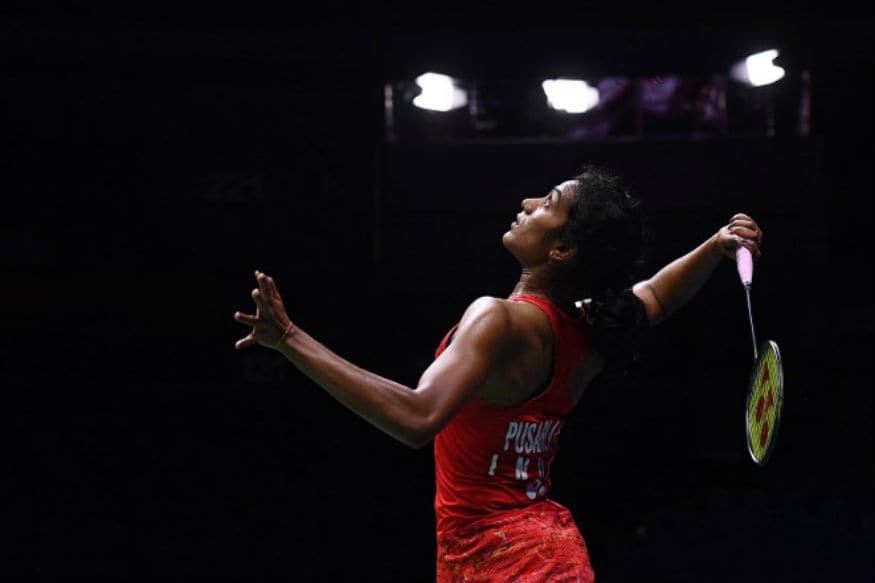 It was a second place finish for Sindhu in the World Championships final at Nanjing, against old foe Carolina Marin. She lost 19-21, 10-21 to the Olympic champion in a match that lasted 45 minutes. This was her second successive silver at the coveted tournament, and fourth medal overall. This perhaps makes her India's most successful shuttler. A 10th career loss against Tai Tzu meant that Sindhu lost in the final of the Asian Games too. Although this is the first time that any Indian girl came this far in the Games history, but the disappointment of losing yet another final cannot be brushed aside. The Indian lost 13-21, 16-21.