Australian Open 2022, Day 3, Tennis Highlights: Catch all the updates from the third day of the first Grand Slam of the year, Aus Open 2022.

Australian Open 2022, Day 3, Tennis Highlights: Sania Mirza announced that 2022 is her final season on the pro tour. Naomi Osaka got a 6-0, 6-4 win over Madison Brengle to make the third round. Rafael Nadal stayed on his 21st Grand Slam title quest with a 6-2, 6-3, 6-4 win over Yannick Hanfmann. Ashleigh Barty has no trouble in dispatching Lucia Bronzetti to make the third round of her home Slam. Read More

So, that’s it for the day from Melbourne. There weren’t any shock per se on day 3 of the Grand Slam. All the big names progressed without much fuss. So, bye bye, see you again tomorrow. Frenchman Gael Monfils is through to the third round of the australian Open after beating Alexander Bublik of Kazakhstan 6-1, 6-0, 6-4

Alexander Zverev Marches Into Third Round

Chile’s 16th seed Cristian Garin survived yet another five set thriller to enter the Australian Open third round. He got the better of Spain’s Pedro Martinez 6-7, 7-6, 2-6, 6-2, 6-2 in a match that lasted for over 4 hours 30 minutes.

🇨🇱 @Garin_Cris survives another five-set epic lasting four hours and 35 minutes to move into the #AusOpen third round for the first time.#AO2022 pic.twitter.com/F93X31RNPI

Adrian Mannarino caused the biggest upset (after the Novak Djokovic saga of course) of the men’s draw at the Australian Open as he beat 10th seed Hubert Hurkacz 6-4, 6-2, 6-3.

Karen Khachanov, on the other hand, had no trouble whatsoever as he crushed Benjamin Bonzi 6-4, 6-0, 7-5.

Naomi Osaka Storms into Third Round

Naomi Osaka got broken in the second set but raised her level after that and stormed into the third round with a 6-0, 6-4 win over Madison Brengle.

Osaka displayed a solid return game and hit hard from the baseline to get the win. 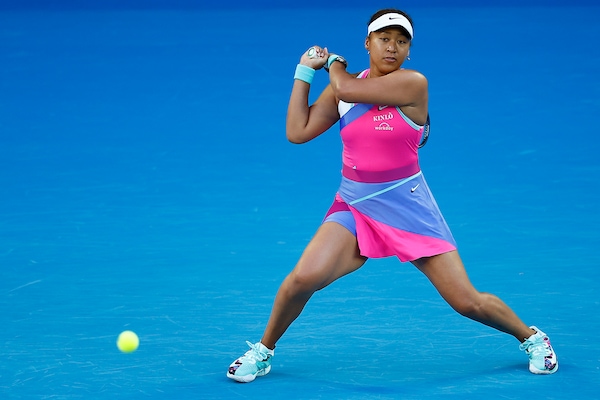 Former world No.1 Andy Murray is impressed with Naomi Osaka’s hitting from the baseline.

Anyone hit the ball cleaner from the baseline than @naomiosaka ? 🔥

India’s top female tennis player Sania Mirza has announced that 2022 will be her last season on the professional tour.

Both Canadian Denis Shapovalov and American youngster Sebastian Korda battled into the third round with five set wins against their opponents.

Belinda Bencic was stunned by American youngster Amanda Anisimova as the 22nd seed fell 2-6, 5-7 in the second round of the Australian Open.

Berrettini into Third Round

7th seed Italian Matteo Berrettini entered the third round of the Australian Open after a 6-1, 4-6, 6-4, 6-1 win over Stefan Kozlov.

Challenge accepted 🇮🇹@MattBerrettini is through to the third round of the #AusOpen for the third time, defeating wildcard Stefan Kozlov 6-1 4-6 6-4 6-1.#AO2022 pic.twitter.com/5FSkmDNnZm

Carlos Alcaraz registered a solid 6-2, 6-1, 7-5 win over Dusan Lajovic to advance to the third round.

Rafael Nadal continued on his quest for a 21st Grand Slam title with a second round 6-2, 6-3, 6-4 win over Yannick Hanfmann.

USA’s Reilly Opelka and Serbian Miomir Kecmanovic made it to the third round with straight sets wins over their opponents.

Jessica Pegula defeated Bernarda Pera 6-4, 6-4 to advance to the third round.

Former US Open runner-up Madison Keys registered a 6-2, 7-5 win over Jacqueline Cristian in the second round.

Camila Giorgi will meet Ash Barty in the third round after she beat Tereza Martincova 6-2, 7-6(2) in the second round.

15th seed Elina Svitolina fought her way into the third round as she led Harmony Tan 6-3, 5-7, 5-1 when her opponent retired.

Victoria Azarenka was at her dominant best as she beat Jil Teichmann 6-1, 6-2 to advance in the tournament.

Ashleigh Barty Through to Third Round

World No.1 Ashleigh Barty had no trouble in dispatching Lucia Bronzetti to make the third round of her home Slam. She beat Bronzetti 6-1, 6-1 to ease through.

52 minutes is all @ashbarty needs to move into the third round, notching a 6-1 6-1 victory over Lucia Bronzetti.

Ashleigh Barty Through to Third Round

Osaka and Barty have a potential match-up in the fourth round if both of them win their third round encounters.

In the men’s singles draw, there was one upset when Adrian Mannarino knocked out the 10th seed Hubert Hurkacz but barring that, Denis Shapovalov, Sebastian Korda, Matteo Berrettini, Carlos Alcaraz, Pablo Carreno Busta, Reilly Opelka, Miomir Kecmanovic and Lorenzo Sonego, all made the third round.

In the women’s draw, Belinda Bencic losing to Amanda Anisimova in straight sets is the biggest upset of the day. Apart from Bencic, 32nd seed Sara Sorribes Tormo was also upset at the hands of Marta Kostyuk. However, Wang Qiang, Jelena Ostapenko, Jessica Pegula, Madison Keys, Camila Giorgi, Victoria Azarenka and Elina Svitolina, all made it through.

India’s Rohan Bopanna and Sania Mirza were knocked out of men’s doubles and women’s doubles, respectively, in the first round. Mirza and her Ukrainian partner Nadiia Kichenok lost in straight sets to Slovenian team of Tamara Zidansek and Kaja Juvan while Bopanna and his French partner Edouard Roger-Vasselin lost in three sets to wild card pair of Chirstopher Rungkat and Treat Huey.

He safely came through a tricky late-night first-round clash against fellow German Daniel Altmaier despite not being at his best.

“It’s the first round of hopefully a very long Grand Slam, you are not always going to play your best tennis,” said the 24-year-old.

He will play Australia’s John Millman, who will garner plenty of partisan vocal support in another late-night encounter on Rod Laver Arena.

French Open champion Barbora Krejcikova was ruthless in her dismissal of German veteran Andrea Petkovic 6-2, 6-0 in the first round, and a repeat of that form should see her past China’s world number 100 Wang Xiyu.