The next episode of BYJU'S Young Genius will feature two child prodigies – Abhinav Shaw, the youngest Khelo Youth Games Gold Medalist and Rishi Shiv Prasanna - one amongst the youngest Certified Android application developers in the country.

The next episode of BYJU’S Young Genius will feature two child prodigies – Abhinav Shaw, the youngest Khelo Youth Games Gold Medalist and Rishi Shiv Prasanna – one amongst the youngest Certified Android application developers in the country.

Abhinav was born the same year that Abhinav Bindra won the Gold Medal at the Beijing Olympics, which made his parents name him Abhinav. His love affair with shooting started with the basic rifle at the age of eight and even though his father, a home tutor, had to go through a lot of difficulties financially, he never gave up on supporting his son’s passion. The rifle he uses costs INR 4 lakh which needs to be replaced every two years; & the shooting kit around 1 Lakh which is replaced each year. Abhinav is a bright and enterprising boy with his goals in place. The thrill it gives him to hit his target is his motivation and Abhinav Bindra is his inspiration. He too wants to bring home a Gold Medal in the Olympics once he is old enough to do so. 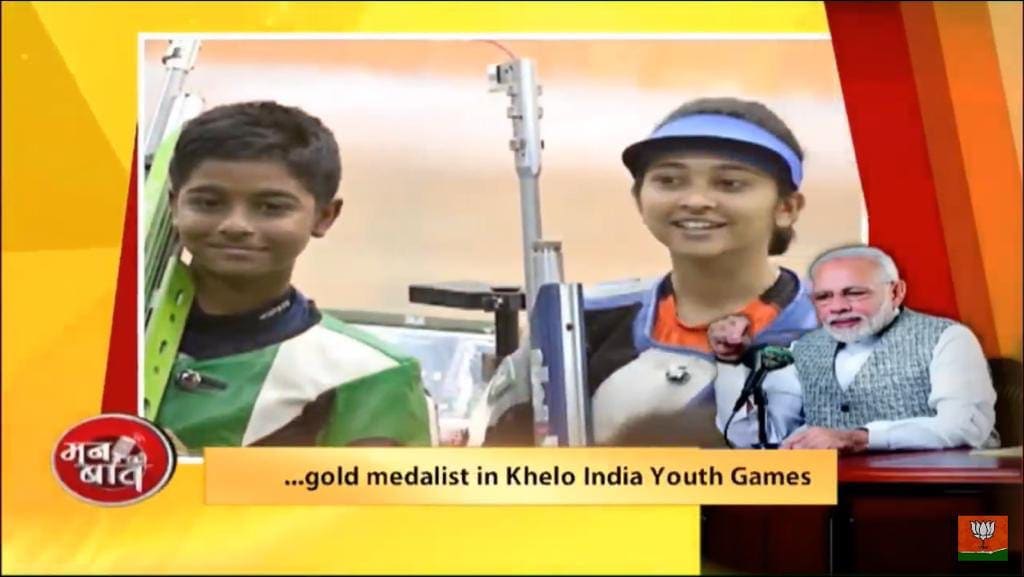 Then he moved to become the Youngest Khelo India Youth Games Gold Medalist at the 2nd Khelo India Youth Games held at Pune in 2019. After his achievement, PM Narendra Modi praised him in his ‘Maan Ki Baat’ show on 27th Jan 2019. Same year he won a silver medal at the XII SSS Sethy Memorial Masters Championship, 2019, held at Delhi.

A shooter himself, Abhinav’s father Rupesh had charted out the plan for his son at an early age to make him a shooter. “He was born in 2008, the year Abhinav Bindra won an Olympic gold medal and my son has named after him,” Rupesh told News.com adding, “Shooting is a demanding sport in physically, especially rifle shooting, with the weight of the rifle and the other equipment, so I put in him into swimming at an early age and Karate to meet the demands of the sport. “Financially also it’s an expensive sport and at first I had got him second-hand rifles, and he showed growth and was winning competitions. Later, I brought him a rifle as I knew he is going to excel in the field.

“The ultimate dream is to see him win an Olympic medal. We have sacrificed a lot; he can’t attend his school like any other normal kid because of his practice, but the school has been supportive,” said Rupesh.

For Abhinav, his is the ultimate dream, as his father’s, is to see himself winning an Olympic gold medal.

One amongst the Youngest Indians to be a part of the Mensa Club with an IQ of 180, Rishi Shiv Prasanna is all of 6, but is one amongst the youngest Certified Android application developers (Has developed 3 apps listed in Google play store-”IQ Test App” for kids, “Countries of the world” and CHB which is Covid help for Bangaloreans).

Rishi loves reading and started reading at the age of 2. By the age of 5, he finished the entire series of Harry Potter books. He even authored a book called “Learn Vitamins with Harry Potter”. He was introduced to coding when he was just 5 years old. He was also one of the Youngest Mensans to be part of the British Mensa Annual Gathering, which was conducted in Sep 2019, UK, and was featured in Mensa World Journal Sept 2019. India Book of Records issued him a Certificate of Appreciation in 2019 at the age of 5 for his IQ. Speaking to News18.com, Rishi’s mother Recheshwari said, “It is a great opportunity for Rishi to be part of the BYJU’s Young Genius and a great initiative by News 18. It is bringing together young talented kids and giving them the limelight. There are so many child prodigies in the country and initiatives like this help. We are very happy with the journey associated with the BYJU’s Young Genius”.

Rishi is also amongst the Youngest “Youtubers” who runs a channel and with every episode, he dives into science-related topics and explains them comprehensively.