Naomi Osaka and Coco Gauff gave a joint on-court interview after the third round clash at the US Open.

Naomi Osaka says she relates to teen sensation Coco Gauff and that it is incredible for her to see the 15-year-old develop. What the world No.1 and US Open defending champion did on court after her 6-3, 6-0 win over Coco in the third round at the Arthur Ashe Stadium won hearts of one and all.

Osaka not only comforted Coco at the net while shaking hands but went to her side and spoke to her as Coco was getting ready to leave the court in tears. Osaka has always come across as a shy person, usually not one to hug it out with opponents but on Sunday, Osaka took the initiative to hug Coco at the net and then went about doing something even more beautiful.

For an hour and five minutes, Osaka showed the ruthlessness in her play, crushing Coco from across the court. She did 24 winners to just eight from the 15-year-old American. But once the match got over, Osaka brought out the soft side in her. 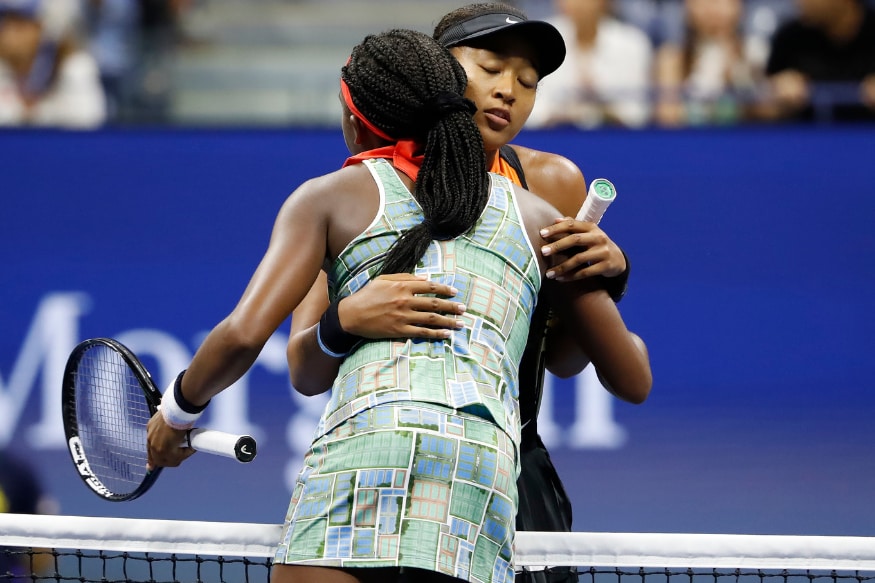 After shining at Wimbledon, Coco has had a dream run at the US Open too, defeating Russia's Anastasia Potapova and Hungarian Timea Babos in the first two rounds. But on Sunday, she came up against the world No.1 and was outplayed in the second set.

Osaka later said in the press conference that while shaking hands at the net, she sensed that Coco was tearing up. And so, the defending champion went to the teen and asked her to give a joint on-court interview. Coco said no at first saying that she would end up crying but Osaka convinced her by saying that "it's better than crying in the shower". And so, the audience got to witness an iconic moment when the winner and the loser of the match spoke on court together.

Coco thanked Osaka for the moment as she cried through the interview. Osaka's emotions took over as well as she praised Coco's parents for raising a player like that. One could not help but feel the moment reminiscent of the tearful Osaka at last year's US Open victory podium. Only this time, her tears weren't out of sadness.

Coco felt that Osaka showed "sportsmanship" through her gesture while Osaka felt Coco deserved to speak to the audience who were cheering for her vociferously.

"After the match, I think she just proved that she's a true athlete," Gauff said at the press conference. "For me the definition of an athlete is someone who on the court treats you like your worst enemy but off the court can be your best friend. I think that's what she did tonight.

"She really showed sportsmanship. I mean, I wasn't expecting it.

"I'm glad I was able to experience that moment. I'm glad the crowd was kind of helping me and her. She was crying, she won. I was crying. Everybody was crying. I was like, I don't know why she was crying. 'You won the match.'

"Everybody was crying. But I think it was a good moment for both of us," Gauff added.

"I wanted her to have her head high, not walk off the court sad. I want her to, like, be aware that she's accomplished so much and she's still so young," Osaka said after the match.

"I was just thinking it would be nice for her to address the people that came and watched her play. They were cheering for her."

I loved what I saw on court with @Naomi_Osaka_ and @CocoGauff ! This is the beauty of sports! You guys are amazing! ❤️