CWG 2022 Opening Ceremony Highlights from Birmingham: Badminton star PV Sindhu and Manpreet Singh, the captain of the men’s hockey team, walk at the athlete’s parade as co-flagbearer of Team India for the opening ceremony of the Birmingham 2022 Read More The Commonwealth Games flag is carried past the athletes to be hoisted during the games opening ceremony at the Alexander stadium in Birmingham (AP)
Jul 29, 2022 02:22 IST

Last but not least it is the European nations, which include countries of the British island – Scotland, Wales, Northern Ireland and England! India along with Bangladesh, Pakistan and Sri Lanka showcase Asia’s might at the CWG stage! South Asian nations are expected to have strong support at Birmingham given the sheer number of desi diaspora living in the city. Caribbean nations as well as Guyana, South America’s only representation at these games, is followed by Asia… and then walk in PV Sindhu and Manpreet Singh holding aloft the Indian flag!

CWG 2022 Opening Ceremony Live: Nations from the Americas Next at Athletes' Parade

With South Africa, Kenya and Tanzania, among others, done… up next we have nations from the Americas! After the counties from Oceania, including Australia, New Zealand, Tonga and Fiji… it is time now for Africa! A dance off of the different ethnicities and cultures in Britain’s most diverse city. They colide only to co-exist in harmony!

The CWG 2022 Opening Ceremony is not shying away from Birmingham’s horrific history of abuse as well, showing the world a side that most would likely avoid.

Nobel Peace Prize winner Malala Yousafzai shares her story and her journey to Birmingham, where she now lives… she speaks on the importance of education!

“Tonight teams from 72 countries and territories join the people of Birmingham to celebrate friendship across borders. The young athletes who will compete over the next two weeks represent millions of girls and boys across the commonwealth. Our shared hope for the future, a future where every child can go to school, where women can fully participate in society, where families can live in peace and in dignity. Over the next few weeks as we watch incredible athletes of the Commonwealth Games remember every child deserves the chance to reach her full potential and pursue her wildest dreams. It is now my honour to say, welcome to Birmingham!” 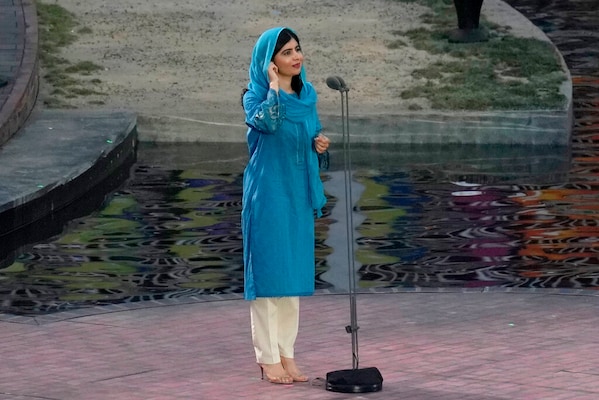 A video montage is played of the Her Majesty Queen Elizabeth II, celebrating her Platinum Jubilee as head of the Commonwealth.

The sight from above…

Drums and an alaap to start the opening ceremony after a video package introduced the spectators to the Games. Best wishes to the Indian contingent at the start of the 2022 CWG in Birmingham. I am confident our athletes will give their best and keep inspiring the people of India through their stupendous sporting performances.

Indian athletes are on their way…

Heading ▶️ out of the Athletes Village 'cause it's time for the @birminghamcg22 Opening Ceremony 🙌🚶‍♀️🚶#EkIndiaTeamIndia | #CWG22 | #TeamIndia pic.twitter.com/85XvM9c8iW 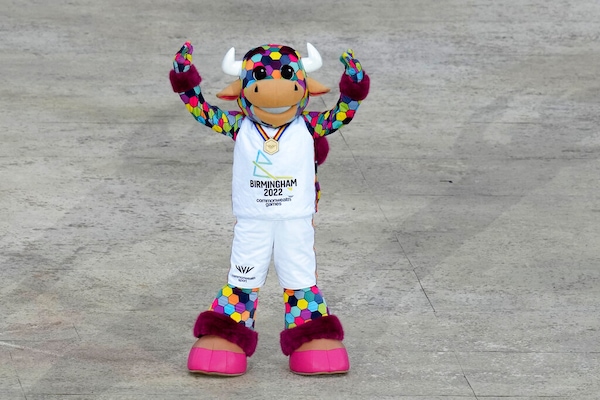 The Commonwealth Games mascot Perry the Bull entertains the crowd during the pre show before the games opening ceremony at the Alexander stadium in Birmingham (AP)
Jul 29, 2022 00:04 IST

My best wishes to the Indian women's cricket team and all our athletes participating in the Commonwealth Games. 🇮🇳🙌

CWG 2022: Medals Worth Fighting For

Asymbolic representation of an aerial map of the West Midlands region’s road and canal network embossed on them will be a key feature of the gold, silver and bronze medals that will be awarded to the 1,875 medal winners of the 22nd Commonwealth Games.

The gold, silver, and bronze medals are being made in Birmingham’s Jewellery Quarter and have been designed by three students from the School of Jewellery in Birmingham. 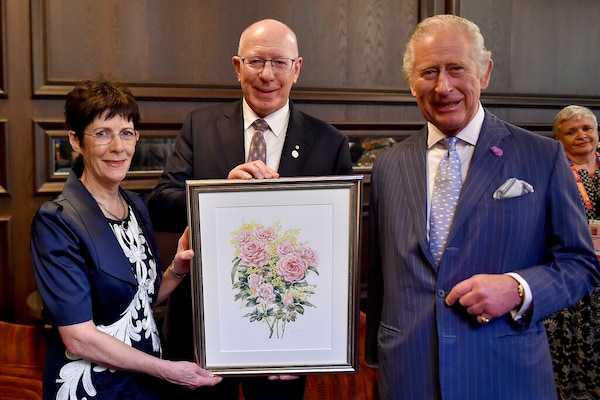 Britain’s Prince Charles receives a painting from David Hurley, Governor-General of Australia, and his wife Linda as they attend the Birmingham 2022 Commonwealth Games Opening Reception in Birmingham (AP)
Jul 28, 2022 21:00 IST

Commonwealth Games. The decision to name Singh, who led the Indian men’s hockey team to a bronze medal at the Tokyo 2020 Olympic Games in 2021, as the second flagbearer for the said occasion was arrived at after the IOA was intimated by the Birmingham 2022 Commonwealth Games Organising Committee that two flagbearers — one male and one female — must be named by each country for the opening ceremony.

The four-member committee, comprising IOA Acting President Anil Khanna, IOA Secretary General Rajeev Mehta, IOA Treasurer Anandeshwar Panday, and Team India Chef de Mission Rajesh Bhandari, that named Sindhu as the first flagbearer earlier on Wednesday was also in charge of selecting Manpreet Singh as a flag-bearer, the IOA said in a release. Usually, each national contingent is asked to name a flagbearer for the ceremonies.

The selection process followed for zeroing in on the male flagbearer was the same as naming the female flagbearer. The four-member committee had initially shortlisted Singh alongside boxer Amit Panghal and paddler Achanta Sharath Kamal before Khanna and Mehta chose Manpreet for the honour.

IOA Acting President Anil Khanna said, “Manpreet Singh ended Indian hockey’s 41-year Olympic medal drought with a bronze at the Tokyo Olympics in 2021. He is one of the finest athletes to have ever represented India on the international stage. We are delighted to name him and Sindhu as the two flagbearers who will lead the Indian contingent out at the Parade of Nations on Thursday during the opening ceremony of the Birmingham 2022 Commonwealth Games.”

IOA Secretary General Rajeev Mehta said, “As with the three female shortlisted athletes, their three male counterparts were all deserving candidates, but we decided that Singh be named a flagbearer with Sindhu because of the leadership he showed at Tokyo 2020, which played a part in our men’s hockey team clinching a sensational bronze medal.”

A total of 215 athletes are representing India at the CWG 2022. India had managed to secure 66 medals at the CWG 2018 held in Gold Coast. India’s best performance at CWG took place back in 2010 when the multi-sport event was held in Delhi. India had clinched 101 medals including 38 gold medals at the 2010 CWG with the Indian contingent had finished the event in the second spot.

Ahead of today’s Commonwealth Games 2022 Opening Ceremony; here is all you need to know:

When will the Commonwealth Games 2022 Opening Ceremony be held?

Where will the Commonwealth Games 2022 Opening Ceremony be held?

The Commonwealth Games 2022 Opening Ceremony will be played at the Alexander Stadium in Birmingham.

The Commonwealth Games 2022 Opening Ceremony will begin at 11:30 pm IST.

Commonwealth Games 2022 Opening Ceremony will be televised on Sony Sports Network in India.

How do I watch the live streaming of the Commonwealth Games 2022 Opening Ceremony?

Commonwealth Games 2022 Opening Ceremony is available to stream live on the SonyLIV app and website.