Cristiano Ronaldo has tested positive for coronavirus and will miss Portugal's Nations League game against Sweden on Wednesday.

"Cristiano Ronaldo was released from the work of the National Team after a positive test for COVID-19, so he will not face Sweden. The Portuguese international is doing well, without symptoms, and in isolation. Following the positive case, the remaining players underwent new tests this Tuesday morning, all with a negative result, and are available to Fernando Santos for training this afternoon," the Portugal national team said in a statement.

The Juventus forward who has been voted the world's top player five times played 90 minutes in Portugal's goalless Nations League draw against France as the 0-0 draw in the friendly against Spain.

The federation said Ronaldo’s result prompted another round of tests for the rest of the Portugal squad. It said everyone else in the team tested negative.

The Portugal squad was scheduled to practice normally on Tuesday ahead of the match against Sweden in Lisbon. 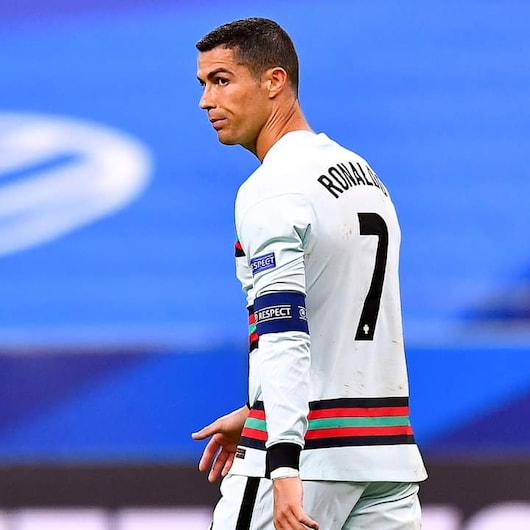 Ronaldo has scored 101 goals for Portugal and will be a huge absence for his team against Sweden as they aim to hold on to top spot in their group. Portugal and France lead Group 3 with seven points each after three matches.

He will now be doubtful for Juve's Serie A trip to Crotone on Saturday and its Champions League group stage opening game away to Dynamo Kiev next Tuesday.

Ronaldo will be doubtful for Juventus' Champions League group match with Barcelona on October 28, which was set to pit Ronaldo against his old rival Lionel Messi.