Edin Dzeko, who has played for Wolfsburg, Manchester City and Roma, will lead his nation Bosnia in the World Cup qualifiers.

At 35, Edin Dzeko is both the star and old man of a Bosnia team he will lead against France in 2022 World Cup qualifying on Wednesday, but he owes his long career to the time his mother would not let him play football.

One day, during the bloody siege of Sarajevo, the young Dzeko asked his mother if he could go outside to play football. She said no. A bomb exploded on the pitch, killing several children.

Dzeko is in the autumn of a career in which he has won league titles in Germany and England. He has scored just seven league goals in 20 Serie A matches for Roma this season and none since he hit the winner against Sampdoria in early January.

The future Wolfsburg, Manchester City and Roma forward was only six years old in 1992 when the war broke out.

Dzeko spent most of his childhood in Otoka, a soulless neighbourhood on the outskirts of Sarajevo, whose 30-storey brutalist skyscrapers offered some shelter from Serbian snipers lurking in the hills above.

His father, who was in the Bosnian army, recalls that local children waited for the gunfire to die down before heading downstairs to hit the ball around.

“It was risky, but the children had to play somewhere," Dzeko’s father Midhad, 66, told AFP.

The skinny blonde-haired lad quickly outgrew the concrete football pitch nested between the skyscrapers, and enrolled in the academy of Zeljeznicar, one of two major Bosnian clubs.

Since its stadium was on the frontline and ploughed with trenches, children trained in a school gym.

His coach Jusuf Sehovic, who died of coronavirus last year, told AFP in 2018 that he remembered a kid who “was only interested in advancing towards the goal".

Iso Ahmetovic, who is still a coach in Zeljeznicar, recalls a passing drill involving seven boys including Dzeko.

Some pensioners were gawking at the exercise from behind a fence.

“At that time, Andriy Shevchenko was the best player in the world. I turned around and said, ‘Look at him, he’s the new Shevchenko"" Ahmetovic told AFP. When Dzeko broke into the Zeljeznicar senior team, he was “the same height he is now (1.93m), with probably 25 kilos less", Amar Osim, the manager who guided Zeljeznicar to five national titles told AFP.

“But he had exceptional qualities" and “an incredible ability to score goals", he explained.

He was “obsessed" and “wanted to become a real player", Osim recalled.

Osim was one of the few to spot his potential.

Dzeko, who often played as a midfielder, scored only five goals in some 40 appearances for “Zeljo", and was criticised for being too slow and having poor technique.

Jiri Plisek, a coach who had worked briefly in Zeljeznicar, persuaded the towering youngster to follow him to Czech side Teplice.

After shipping Dzeko out for peanuts, former Zeljeznicar chairman was quoted saying he thought the club had “won the lottery" by selling Dzeko.

But the lanky youngster was determined. His teammate at Teplice, Samir Merzic, recalls a player of “incredible self-confidence".

“He was 19 years old when we played against Sparta Prague. He was facing Tomas Repka, who had just returned from England, a gladiator. But Edin faced him without fear", Merzic told AFP.

“Edin is solid, strong, stable. He has been through a lot in life and in football. He knew how to deal with pressure and how to cope," he added. 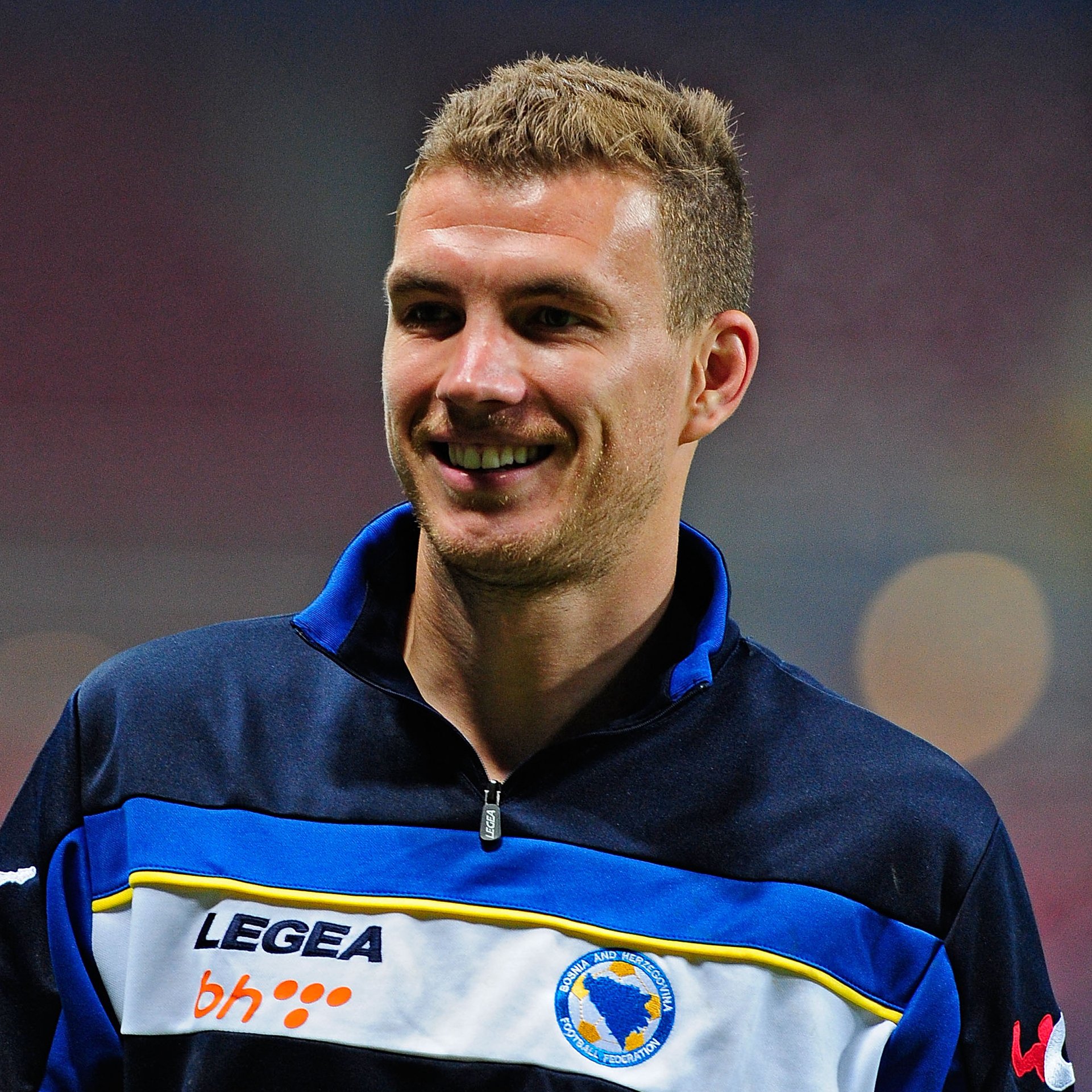 He does humanitarian work with his wife Amra, focusing on sick children in the poor Balkan country.

In 2012, he was at Manchester City when someone reported that a seriously ill Bosnian teenager was being treated in Manchester.

“I was dozing in bed … At one point I saw Dzeko, him, his mother and his father. At first I thought I was dreaming," Aner Zelic, who is now 24, told AFP.

Dzeko took care of the boy’s family financially, but above all, provided “moral support".

“Whenever he had time, he came to spend time with me in the hospital.

“We played board games, PlayStation, cards. We didn’t talk about my illness, but about other things, especially sports, to make me forget all that," the young man recalled.