The Loops Esports had a total of 812 points after 64 games followed by X-Quest Gaming, 91 points behind the winner

The Loops Esports had a total of 812 points after 64 games followed by X-Quest Gaming, 91 points behind the winner. The top eight teams of the tournament were The top 8 teams which earned PMWL Season Zero berths are: Loops Esports, X-Quest Gaming, B4 Esports, Cloud9, Wildcard Gaming, Team Queso, Tempo Storm, Pittsburgh Knights. 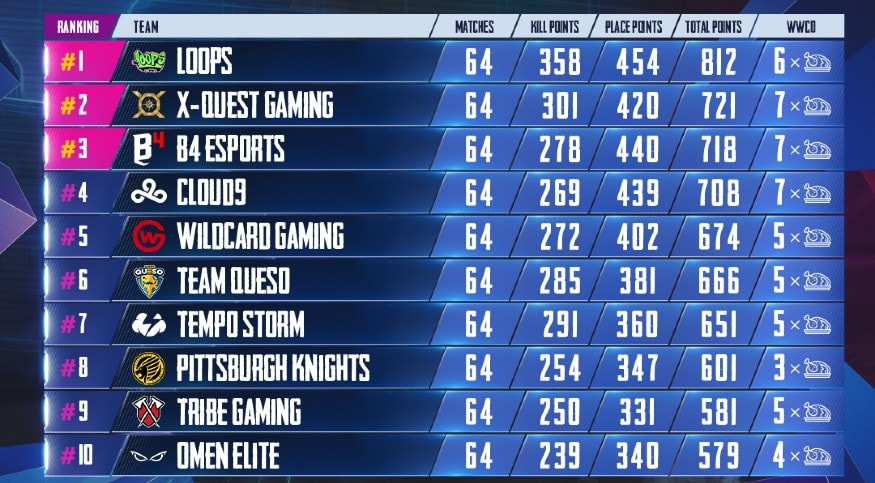 The first Season of PMPL Americas moved to an online only format in response to COVID-19 to ensure the health and safety of the PUBG MOBILE community. The event began on June 6th and has seen twenty teams from across North and South America battle for a share of the $200,000 USD prize pool and the final eight available slots in the PMWL Season Zero.

The PUBG MOBILE Pro League (PMPL) is a new pro-level of competition, taking place across the following regions – Southeast Asia, South Asia and Americas (North and South America), allowing teams to compete for a slice of the $5 million USD prize pool on offer from the 2020 program. The program now offers one of the most robust structures in esports with a clear path to pro offering.