By: Rounaq Sehrawat and Meha Bhardwaj

Aishwarya Pissay, from Bengaluru, is the first Indian woman to win a motorsports World Title.

"Once the helmet goes on, there is a sense of freedom," says Indian motorcyclist Aishwarya Pissay after she scripted history by becoming the first-ever Indian woman to claim a world title in motorsports. The 24-year-old Bengaluru rider lifted the FIM World Cup in the women's category after the final round of the championship in Hungary. Pissay won the first round in Dubai and was placed third in Portugal, fifth in Spain and fourth in Hungary; finishing with maximum points amongst the women riders.

But even after her historic feat, many questioned her triumph by calling it a "technical victory". When asked about these comments, she said, "If people follow motorsports properly, they understand that a world championship is not won by being first in every race. You're racing against the best. These races were up on the FIM website, open to everybody who wanted to participate, and I think everybody chose what they wanted. Our goal was to participate in all these races and finish. The byproduct was that we won the race. We did not portray anything in the wrong way by saying that we won the World Championship because we were the fastest. But I think even in F1, there are some races where the winner loses and there are some races that he wins but you don't question that. So, that's how this world championship works as well and that's pretty much how we won it."

The world of motorsports might be filled with glitz and glamour but Pissay didn't have it easy. The young motorcyclist had to support her racing career all by herself while also providing for her younger brother. "I'm a self-made person. I don't have a father or a family that is associated with racing. So, I am who I am because of what I've achieved and that's probably why I am where I am. That's pretty much the support that I get from my family. With respect to my sponsors, the international races that I have participated in recent times have been purely with my own sponsors. In India, I'm backed by a factory racing team called TVS. They passionately support my international feats but it's definitely not been easy." said Pissay while addressing the lack of support from her family. 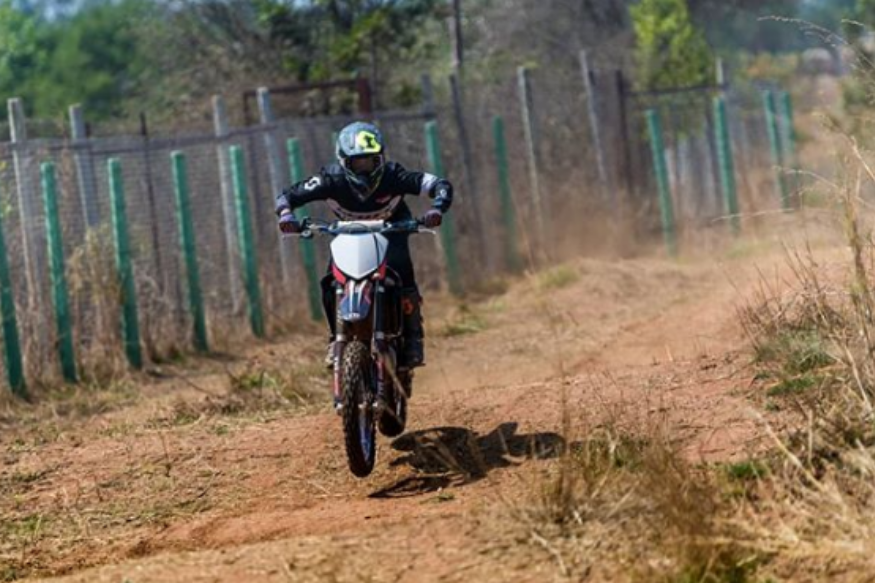 "I've failed before I've succeeded every single time," expressed the 24-year-old while talking about her journey and the fact that she failed her class 12 exams. Pissay added, "I didn't do so well in class 12, which gave me the opportunity to explore other options, like motorcycling. I started traveling, it started as a passion but over the course, I developed a bug for speed. That's how I got into the Apex Racing Academy for training, after which I started racing and then TVS racing came along and changed my career."

In fact, this was Pissay's first full season since returning from a crash in Spain last year, which ruptured her pancreas. While looking back at her injury, she said, "I think I'm a normal person like anyone else and the injury is something that has tested me mentally, especially with my patience. As an athlete, to not be able to do what you like and not know when you're going to be back on your feet is really scary. My first collarbone injury was quite small compared to my pancreas because the collarbone injury got operated within a week and we were back to racing and we won the race. But with the pancreas, they said a month, which became two months and then the doctor said six months. So for me, the idea was every time I've had an accident, I've only looked at how I'm going to come back, how I'm going to get through that race and achieve what I want. So that's exactly how we work, which is why this entire feat of the World Championship was also possible."

With the World Championship in the bag and sponsors such as TVS, Sidvin and Mountain Dew supporting her, Aishwarya Pissay has her sights set of Dakar 2020. "This win brings me one step closer to a larger dream, which is to participate at Dakar."