USA and Germany both recorded big wins in their respective pre-quarter matches in the capital, paving their way into the last eight of the competition. Although these two countries are from two different continents and with totally different football cultures, they found one common ground at the stadium in New Delhi — the crowd support.

Fans watch the action in the FIFA U-17 World Cup. (FIFA/Twitter)

New Delhi: “We love India”, exclaimed Tim Weah, the hat-trick hero of the second FIFA Under-17 World Cup Round of 16 match between USA and Paraguay, during the post-match press conference at the Jawahar Lal Nehru Stadium in New Delhi on Monday.

USA and Germany both recorded big wins in their respective pre-quarter matches in the capital, paving their way into the last eight of the competition.

Although these two countries are from two different continents and with totally different football cultures, they found one common ground at the stadium in New Delhi — the crowd support.

The deafening chants of ‘Germany.. Germany’ in the first match turned into ‘USA.. USA’ in the second, making the players feel like they were playing on their home turf. Colombia and Paraguay felt the brunt of it as the ‘home fans’ helped Germany ship in four goals while USA pumped in five on Monday. Make no mistake, these South American teams are no pushovers. Colombia finished second in their group which consisted the likes of Ghana and USA. While Paraguay won all their games enroute to last 16. But this is what happens when you don’t find support in the stands and your opposition does.

“While coming out of the tunnel, before the match had started, I said to the players this is almost like we are back in the USA. The people here are amazing and even the kids are chanting our names,” said an elated Weah, who had the American flag wrapped around his neck during the conference.

“Paraguay are a very good team and your (crowd) support gave us a tremendous boost. We love India,” he added.

“Coming back to New Delhi has really worked for us. We love them (the fans) and they love us and it is just like home for us,” Ayo Akinola, one of the USA’s breakout stars in the tournament, told News 18 in an exclusive interview. 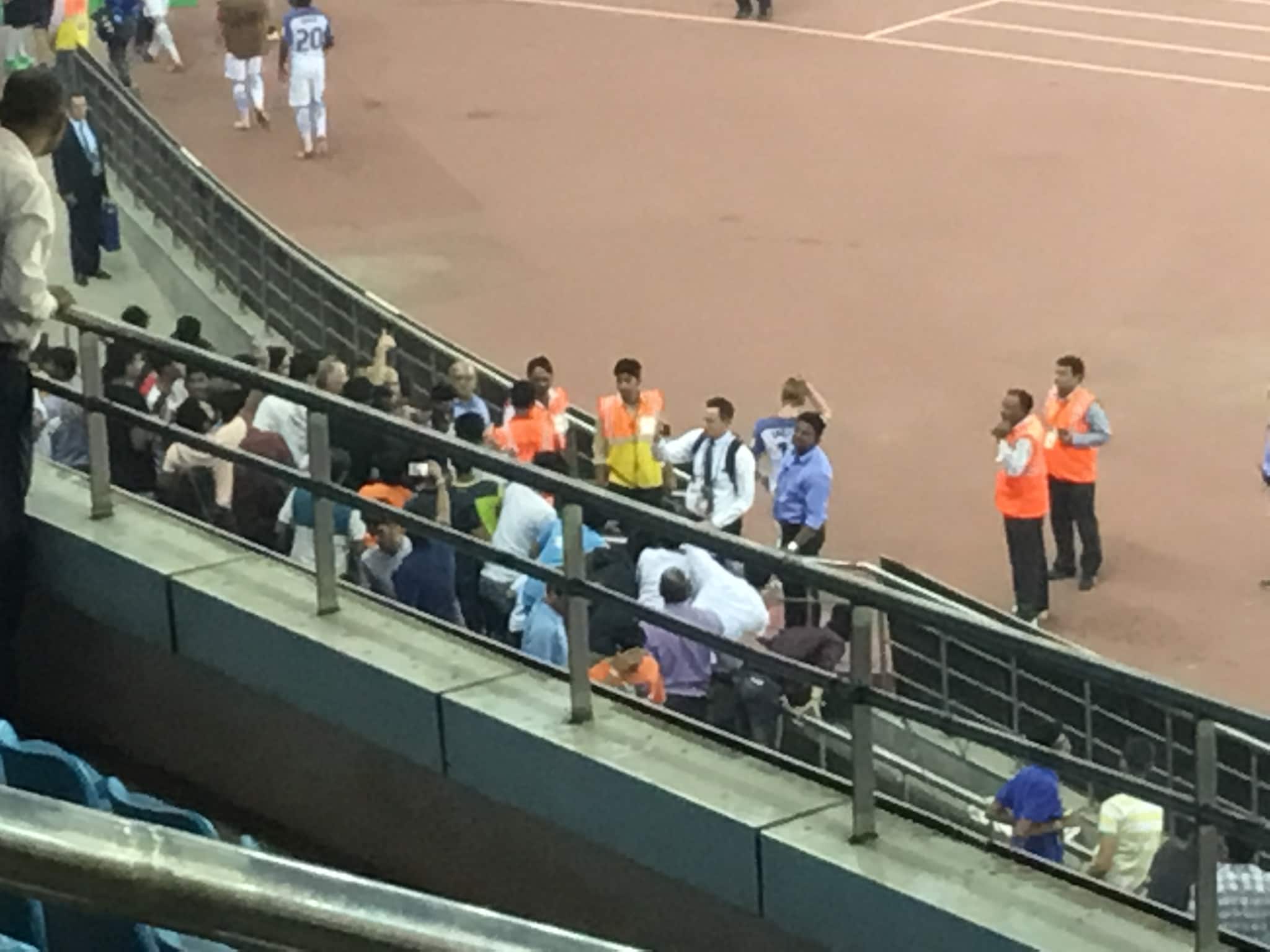 There were almost 37,000 people present at the venue when USA and Paraguay were playing out their one-sided match. Yes, there were school kids as well, who were brought in to fill the seats but surely they didn’t constitute the whole attendance of the stadium.

And the most striking part of it all is that the crowd chose the team who were playing good football in the early stages of the match and saw them home. There were no clear cut fan favourites early on in the two matches, but as Jann-Fiete Arp and Tim Weah scored the first goals for their respective teams, the fans in the stands knew which side to tilt upon.

Considering the fact that India were not playing, such a turnout was in itself very surprising but it shows what fans in New Delhi or India for that matter, really want — good quality football.