India Dialogue 2020 Highlights: Prime Minister Narendra Modi will interact with fitness influencers and citizens during a nation-wide online Fit India Dialogue in celebration of the first anniversary of the Fit India Movement. PM Modi revealed the secret behind his fitness with his own recipe and asked if Virat Kohli ever gets tired.

The online interaction will see participants sharing anecdotes and tips of their own fitness journey while drawing out guidance from PM Modi on his thoughts about fitness and good health. Virat Kohli, Milind Soman, Rujuta Diwekar will be joined by other fitness influencers in the dialougue with PM Modi. In times of Covid-19, fitness has become an even more important aspect of life. This dialogue will see a timely and fruitful conversation on nutrition, wellness and various other aspects on fitness.

And with PM Modi's speech, the Fit India Dialogue comes to an end.

PM Modi also stressed the importance of mental health saying that the reverse of 'In a sound mind, is in a sound body' also hold true.

He aded that usually, our parents teach us all good habits. But for fitness, the trend has reversed a little. Youngsters are taking the lead in helping their parents get a fit lifestyle.

PM Modi says - Fitness Ki Doze, Adha Ghanta Roz - every Indian should play some game or do some fitness activity, be it Tennis, Badminnton, Kabaddi - it has to be for half an hour.

PM Modi urges the need to stay together as a family and counted its benfits.

Fit India Dialogue 2020 Live Updates | Mukul Kanitkar thanks PM Modi to do the Suryanamaskar, something that has inspired Indians.

He says that Bhagavad Gita, is a dialogue between two of the fittest beings in the universe - Pandava prince Arjuna and his guide and charioteer Krishna.

Fit India Dialogue 2020 Live Updates | PM Modi thanks Virat Kohli for takign time out from his busy IPL schedule to talk to the nation.

Kohli talks about the importance of fitness and how he himself understood the need to make fitness his priority.

PM Modi joked that maybe Delhi's Chole Bhatures are missing Kohl, as the Indian cricketer spoke on the importance of maintain a proper diet to improve his own game and can help his countrymen.

PM Modi asks what the Yo-Yo test is and Kohli said that India's fitness index was low and is still low and staying fit was important to take on the world. He explains that due to fitness, the Test team is being helped as they can compete in the crucial moments.

PM Modi also wished Anushka Sharma, Indian actor and Kohli's wife, health. The couple announced that they are pregnant with their first child.

He says that how an Ashram helps to ficus on yoga and bcome one with their body. Their lives, when pupils comes to the Ashram, may be hard but the discipline teaches them to be beacons for change.

Swami Shivdhyanam Saraswati also spoke about the Yoga capsule based on maximum profit and minimum time comprising of five components.


Fit India Dialogue 2020 Live Updates | PM Modi speaks to Rujuta Diwekar. She stresses on the importance of being Vocal for Local as it can not only help in economic upliftment of India but also help in their health.

PM Modi also reveals that he speaks t his mpther and says that she urges the Prime Misnister to have turmeric every day.

He discloses taht drum sticks and used to make parothas out of it and still eats itand even promises to release the recipe for it soon.

PM Modi recalls how Milind Soman's mother has inspired him as she sets fitness goals at the age of 81.

Milind Soman says he does not need much to stay fit and tells PM Modi that one can stay fit with what they have if they have the mental motivation to maintain fitness.

The young goalkeeper notes that fitness is important as a woman in India even in domestic life.

She says that she mediates in the morning. Says MS Dhoni is an inspiration because of his coolness and advises everyone to take lessons fro mthe former India cricket captain.

The Indian Paralympic champion narrates his journey to making India proud on the international stage. He lauds PM Modi's Fit India movement for reaching every household in India.

He recalls how he used to exercise and stay fit with cycle tubes when he did not have the means to procedure the professional equipments. Fit India Dialogue 2020 Live Updates | Milind Soman urges Indians to tune in, says it "will be good to hear this discussion"

Will be good to hear this discussion ! Any particular question you would like to ask our hon Prime Minister @narendramodi or the other panelists about their own experiences with physical and mental health ? see you on 24th at 12noon #NewIndiaFitIndia pic.twitter.com/V8mqjKb2gw

Join our Honourable PM and me at the Fit India Dialogue, tomorrow at 12 PM IST. See you there 🙌🏼 #NewIndiaFitIndia pic.twitter.com/Vf5LyTljyR

Fit India Dialogue 2020 Live Updates | The likes of Virat Kohli, Milind Soman, Rujuta Diwekar will share tips and anecdotes from their fitness journey during the online interaction as PM Modi is expected to also express his thoughts on the virtues of a healthy life. 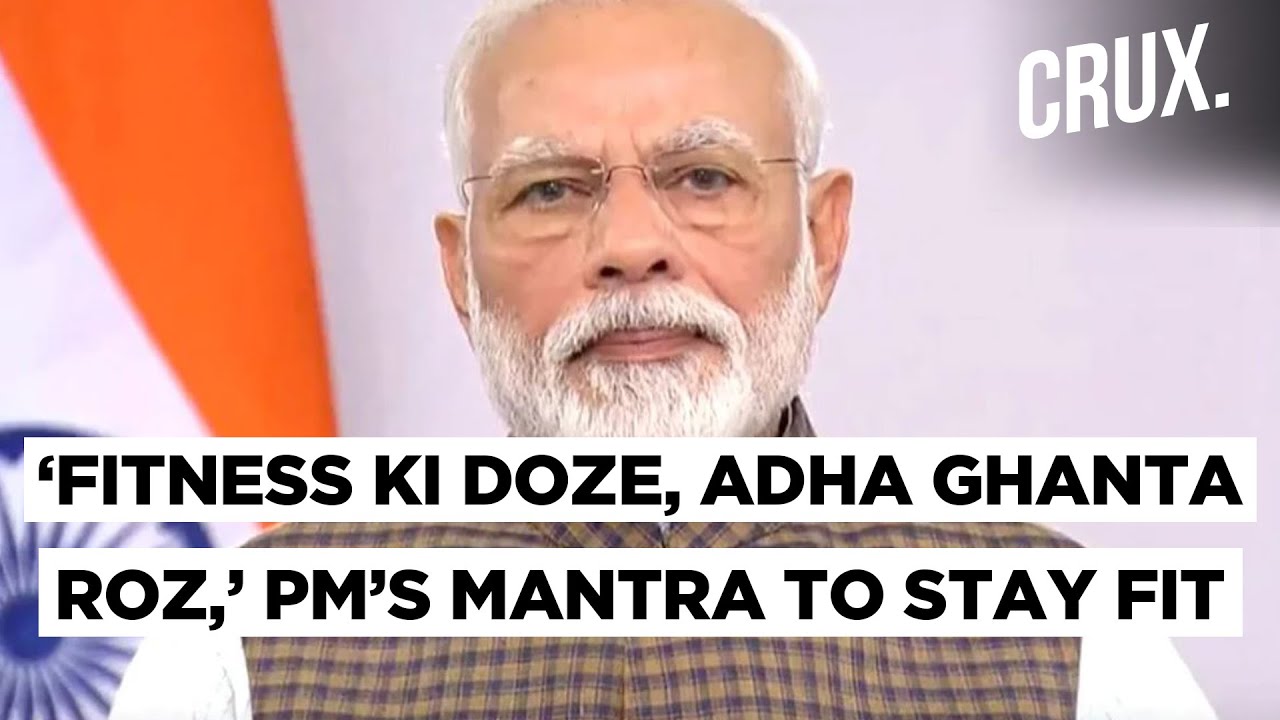 Envisioned by Prime Minister Narendra Modi as a "People's Movement", the Fit India Dialogue is yet another endeavour to involve citizens of the country to draw out a plan to make India a Fit Nation. The basic tenet on which the Fit India Movement was envisaged, that of involving citizens to imbibe fun, easy and non-expensive ways in which to remain fit and therefore bring about a behavioural change which makes fitness an imperative part of every Indian's life, is being strengthened by this dialogue.

In the past one year, since its launch, various events organised under the aegis of the Fit India Movement have seen enthusiastic participation of people from all walks of life and from across the country. The Fit India Freedom Run, Plog Run, Cyclothon, Fit India Week, Fit India School Certificate and various other programmes have seen a combined organic participation of over 3.5 crore people, making it a true People's Movement.

The Fit India Dialogue, which will see participation of fitness enthusiasts from all over the country, further strengthens the vision that it is the citizens who are to be credited for the success of the nationwide movement.