Sheffield Manager Chris Wilder on the signing of Bogle and Lowe : "The Championship has been a great recruitment area for us and I wanted to bring some young players in who will provide competition for places.

"Jayden and Max will put huge pressure on George (Baldock) and Enda (Stevens). It was important we got the right characters, the right type of players, ones who are athletic and technically very good, both are modern day wing backs and I'm looking forward to working with them."

Chris Wilder has added two exciting wing-backs to his squad, with the long-term signings of Derby County duo Jayden Bogle and Max Lowe.

Sevilla have signed Oscar Rodriguez from Real Madrid on a five-year deal.

Rodriguez recently made appearances for Spain against Germany and Ukraine as a substitute in Nations League.

Sky Sports reports that even though the Toffies are looking at Arias, they are yet to put in an offical offer.

Saighani, has experience in India, having played for Aizwal in the 2017-18 I-League season and then turning out for Chennaiyin FC  in the ISL last season. 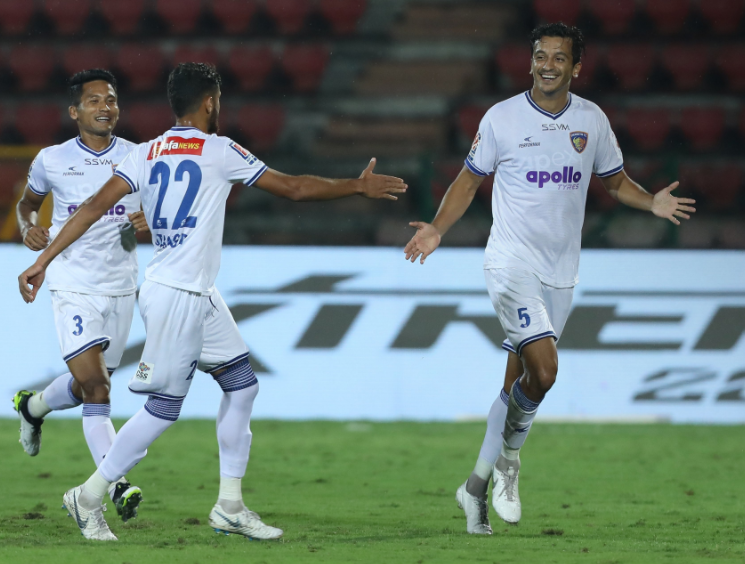 Watford have signed Croatian striker Stipe Perica on a permanent two-year deal from Udinese, hat will keep him with the Hornets until 2022.

25-year-old Perica has already spent time in England with Chelsea from 2013 to 2015, scoring seven goals in 15 appearances.

"Its an honor to be here",  22-year-old Weston McKennie said in Italian, after becoming the first American to join Juventus.

McKennie, who signed from German club Schalke at the end of last month, then switched to English and spoke about racial injustice in the United States, as well as being a teammate of Cristiano Ronaldo. Newcastle United head coach Steve Bruce on signing Ryan Fraser: "I'm delighted to bring Ryan to Newcastle United. We have held off big competition to get his signature and that says a lot about what this club has to offer.

"His ability and his contributions on the pitch speak for themselves and I'm looking forward to seeing him getting to work in a Newcastle shirt.

"He has wonderful chemistry on the pitch with Callum Wilson, which excites me, and I hope it excites our supporters ahead of the new season."

✍️ #NUFC are thrilled to announce the signing of Ryan Fraser on a five-year deal!

Newcastle United have another former Bournemouth player through the door.

The Magpies announce the signing of free agent Ryan Fraser on a five-year deal.

Fraser is Newcastle's  second signing of the day after Callum Wilson joined from Bournemouth.

Benny Ashley-Seal has signed a two-year deal with Northampton Town from Wolves for a undisclosed fee.

Ashley-Seal had signed for Wolves in 2017 and has previously been on loan at Portuguese LigaPro side Famalicao and Accrington Stanley.

Amid reports of being put up for sale, Christian Eriksen tells Sky Sports News that he is happy at Inter Milan.

"I'm very happy where I am. I wanted a new challenge and I got one. My focus is totally on Inter and I can’t wait to go back," Eriksen tells Sky Sports.

32-year-old Heath plays for Portland Thorns while 31-year-old Press represents Utah Royals, according to BBC , will sign one-year deals with the Red Devils.

The pair were part of USA's 2015 and 2019 FIFA World Cup-winning teams and have played a combined 309 times for USWNT. 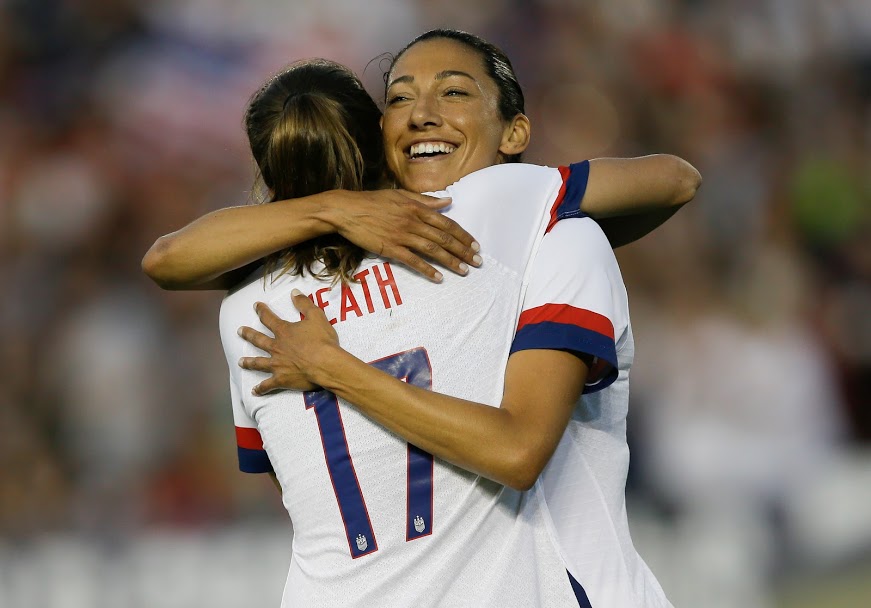 The 20-year-old defender, who cam through the club’s academy since joining as a six-year old, made two first-team appearances for Swansea City.

Abdoulaye Doucoure and James Rodriguez are reportedly on their way to Goodison Park.

According to Sky Sports, the duo of  Doucoure and James are close to signing with Everton.

The signings keep thick and fast at  St James' Park!

But Newcastle United’s move to bring Arsenal defender Rob Holding on loan is currently on hold as the London club are unwilling to allow him to leave.

The Magpies want to get Holding but a move may depend on whether Arsenal can bring a replacement.

Inter Milan have added Christian Eriksen on the transfer list just eight months after signing him from Tottenham Hotspur back in January.

According to the Daily Mail, Eriksen will be allowed to leave the San Siro for around 35 million euros. Good luck for the season ahead, Ojo 🙌

Novara right-back Tommaso Barbieri is having his medical Juventus, ahead of a move to the Bianconeri U23 team.

18-year-old Barbieri, is a product of the Novara youth set-up and played 16 appearances for the first team last season in Serie C. He even scored one goal.

#Juventus: visite mediche in corso per Tommaso #Barbieri preso dal Novara // Barbieri is in Turin to undergo his medical with Juve ⚪️⚫️@GoalItalia pic.twitter.com/8FTIM2SOQu

Newcastle United have signed England striker Callum Wilson on a four-year-deal from AFC Bournemouth for about 20m pounds. Aston Villa were interested in signing the 28-year-old as well and were bidding 21m pounds, according to BBC, but they withdrew as the striker preffered Newcastle. Wilson has four England caps and for Bournemouth, he has made 184 appearances, scoring 67 goals.

Iran's centre-back Hadi Mohammadi is on the market and rumour mills suggest that FC Goa is looking to sign him. According to Transfermarkt, his market value is 41.66m rupees. His current club is Zob Ahan Esfahan, which he joined in 2014. His last two seasons have been on loan. Mohammadi is 29 years old.

Real Madrid are back in training for the upcoming season but Sergio Reguilon may not remain their player when the season kicks off.

He has recently removed that he plays for Sevilla and Real Madrid from his Twitter as well Instagram accounts and has changed his profile picture to one of himself in a Spain shirt. Rumours also suggest that the third-choice left-back may be on his way to Manchester United.

Chelsea 's Tariq Uwakwe, who is a academy graduate from the Blues, has joined Accrington Stanley on a season-long loan.

✍️ #asfc have today completed the signing of @Tariq_uwakwe from @ChelseaFC on a season-long loan.

The 20-year-old can operate both centrally or as a wide midfielder.

FC Barcelona want midfielder Thiago Alcantara from Bayern Munich while coach Ronald Koeman is more keen on getting Liverpool midfielder Georginio Wijnaldum. Liverpool themselves are in the race to sign Alcantara. Barcelona board is not putting pressure on Koeman to change his mind and switch to Alcantara, reports Tobi Altschaffl.

Liverpool are also gauging Barca's ideas regarding Wijnaldum as no official bid has been made by the Catalan club even though they have contacted the player's agent, reports Fabrizio Romano. Here’s some good news for NorthEast United FC fans: Ashutosh Mehta has joined NEUFC from Mohun Bagan. After winning the I-League with Mohun Bagan, it came as no surprise that Kibu Vicuna wanted him at Kerala Blasters. He waited for a long time too, but #KBFC couldn’t make space to accommodate him with some players already in that position. There was interest from elsewhere too: ATK Mohun Bagan and East Bengal had initiated talks for quite some time, then FC Goa was an option, but with Seriton Fernandes around it didn’t make sense for Goa to invest heavily in another defender. In the end, @NEUtdFC will not complain. They have a solid domestic player now, and here’s wishing @Ashutosh_mehta1 the very best for his future. He's teaming up with Khalid Jamil again. Remember those days when Aizawl FC captivated Indian football by winning the I-League?

Barcelona forward Luis Suarez is due to sit a language test on Monday in a bid to obtain Italian citizenship that would enable him to move to Serie A champions Juventus, Italian and Uruguayan media said Sunday.  There have been widespread reports that Juventus are chasing the 33-year-old Uruguayan who, if the moves go through, would line up alongside defender Giorgio Chiellini, the Italy defender he famously bit in a World Cup match in 2014. However, Juventus have already used up their limit of two non-EU signings following the arrival of Brazilian midfielder Arthur Melo and U.S. international Weston McKinney and would only be able to add Suarez if he can obtain an EU passport.

Philippe Coutinho is set to stay at FC Barcelona under Ronald Koeman's new project as the coach has told the club that he wants the Brazilian in Camp Nou and not out on loan again, reports Marca.

On the other hand, Luis Suarez, according to Eurosport, is to sit for a language test on Monday so as to obtain an Italian citizenship in order to facilitate his move to Juventus.

Manchester United have been chasing Jadon Sancho since the last couple of transfer windows and this time, they are trying to amp up their efforts to sign him. Despite news reports that the club has evaluated that Borussia Dortmund's evaluation of the English winger is too high, Express reports that manager Ole Gunnar Solskjaer has spoke to the 20-year-old about joining the Red Devils. 1. Wolves sign Brazilian left-back Marcal from Lyon on a two-year contract for a fee of 2m euros. Marcal helped the Ligue 1 side to the Champions League semi-final last season.

2. Chelsea sent Jamie-Lee Napier (full-back or midfielder) on a loan to Birmingham City, who also got winger Destiney Toussaint.


In the Indian football transfer window, ATK Mohun Bagan, FC Goa and Odisha FC have been the most active ones while Jamshedpur FC, Chennaiyin FC and Hyderabad FC have had coach changes lately as well. While FC Goa appointed Juan Ferrando as their coach early on and hit the market, Chennaiyin and Hyderabad FC have only just found their coaches. Hyderabad, who had Albert Roca as their coach, had to be changed after the Spaniard got an offer from FC Barcelona and moved on. In the European football market, Chelsea have been on a spending spree buying extremely talented youngsters to make up a formidable squad.