Football Transfer News September 9: Kerala Blasters have announced the signing of goalkeeper Prabhsukhan Gill from Bengaluru FC on a two-year deal. Manchester City Women announced the signing of England left-back Alex Greenwood from Lyon on a 3-year contract. Manchester United Women signed World Cup-winning United States stars Tobin Heath and Christen Press on a one-year deals. Aston Villa sign Ollie Watkins from Brentford, as Yannick Carrasco signed a contract extension with Ateletico Madrd till 2024. Sheffield United signed Oliver Burke from West Brom, with Callum Robinson moving in the other direction. Danny Rose wants to leave Tottenham Hotspur and even English football, The Guardian reports. Sandesh Jhingan has signed a five-year deal with ATK Mohun Bagan, Minerva Academy owner Ranjit Bajaj said on Twitter. Michy Batshuayi, after scoring a brace for Belgium in UEFA Nations League, confirmed that Crystal Palace are interested in getting him. Leeds United are trying to convince German Julian Draxler to join them in the Premier League from PSG, according to RMC Sport. Jeje Lalpekhlua has Kerala Blasters, East Bengal, Hyderabad FC and Jamshedpur FC as options for a move after announcing exit from Chennaiyin FC, Times of India reports. ATK Mohun Bagan announced the retention of David Williams for the upcoming 2020-21 season of the Indian Super League.

Reports coming in from England and Germany regarding the Jadon Sancho move to Manchester United.

For deal to move ahead, Dortmund need to find a replacement, given that they had given a deadline of August 10, with United needing to finalise a deal or face the ire of their fans.

The latest is though that  the issue of agent fees and personal terms are no longer a problem, some good progress has been made in the deal coming to fruition. Rennes admitted on Wednesday that they were in talks with Chelsea over the transfer of Edouard Mendy.

"Talks have begun, but we're still in the discussion phase, there is no agreement for now, far from it," Rennes president Nicolas Holveck. 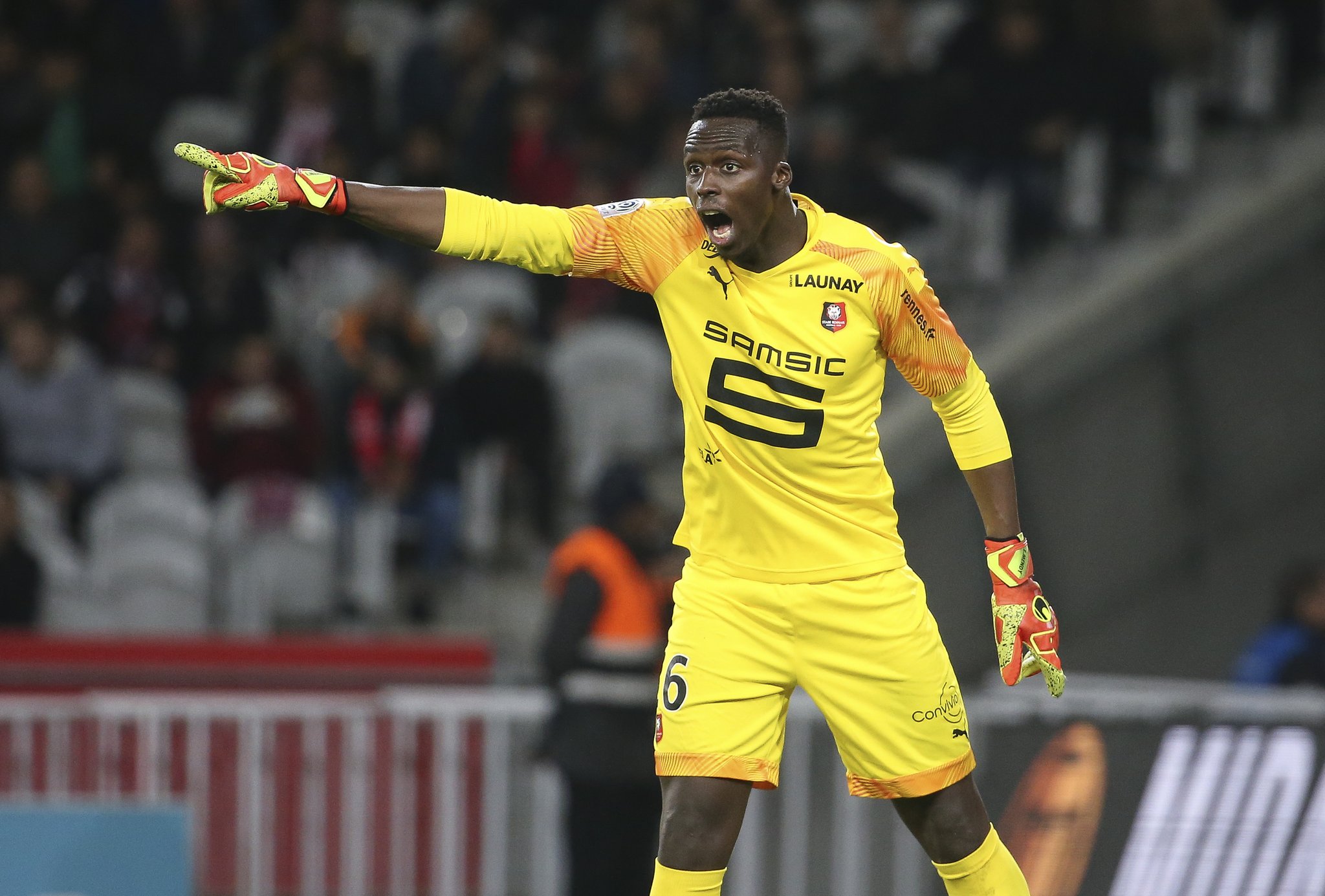 The 31-year-old striker moves from Utah Royals and will join USWNT teammate Tobin Heath at United.

“I’m really excited to be joining Manchester United this season. I’m grateful to have the opportunity to play for such an elite club and beyond ready to get back on the field. I feel blessed to have the opportunity to continue to strive to be my best and to compete for trophies this year. I look forward to this new challenge and I can’t wait to start training with the team,” Press said after joing

You didn't think we were finished did you? 😉@ChristenPress becomes the second @USSoccer international to sign for us! ✍️#MUWomen pic.twitter.com/G6nkwpfIRc

Francisco Sierralta has joined Watford on a permanent transfer from Udinese and has signed a three-year contract at Vicarage Road.

Ivan Perisic will return to Inter Milan after spending a season on loan at Bayern Munich.

Bayern Munich head coach Hansi Flick said: "I'd like to thank Ivan for his performances and his contribution to winning the treble. We were very happy working with him. You could see Ivan's qualities, in particular at the Champions League finals tournament in Lisbon."

ℹ️ Ivan #Perisic will return to Inter Milan after his one-year loan spell.

After deal, Heath said: "Manchester United is an exceptional club and I’m thrilled to be joining them. I’m looking forward to the challenge of competing in England, playing with and against some of the best players in the world. I have big ambitions for this season and can’t wait to get on the pitch with my new team and start this next chapter."

🦅 The eagle has landed.

Paris Saint-Germain's Alphonse Areola will be on loan at Fulham this season, after being offered to Arsenal and Chelsea, who did not seem interested.

Areola passed his medical ahead of his move according of a report by RMC Sport.

The 27-year-old PSG goalkeeper spent last season on loan at Real Madrid, where he won the La Liga.

Manchester United's Dylan Levitt will spend the season on loan at Charlton Athletic in League One.

Levitt made his senior debut for Man Utd in the Europa League and also recently made his international debut for Wales.

Lyon's star Depay, has a bond with new Barca manager Ronald Koeman, having worked together for the Dutch national team.

Transfer specialist Fabrizio Romano reports that Lyon and Barcelona had made contact days ago and currently in talks over a transfer.

Fabrizio Romano also gave an update on Georginio Wijnaldum, saying that Barcelona in discussions with the Liverpool midfielder's agents.

Bayern Munich coach Hansi Flick has said that the uncertainty over Thiago Alcantara and David Alaba's future at the club is "not ideal".

Spain playmaker Alcantara and Austria defender Alaba -- key members of the team which won the Champions League last month -- are stalling over signing contract extensions with a year left on their current deals. 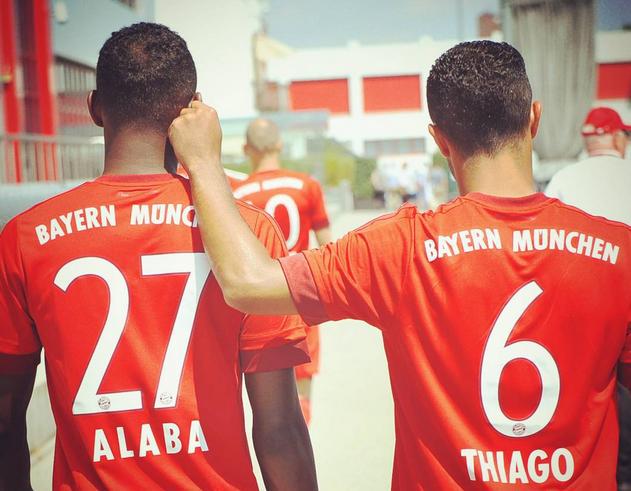 Liverpool's Georginio Wijnaldum has been rumoured to move to Barcelona and join Ronald Koeman but recent reports suggest that he is keen on staying back at Anfield.

Wijnaldum according to Sky Sports, is holding talks with manager Jurgen Klopp over his future at the club.

With the 29-year old entering the last year of his contract, if an deal can't be agreed be reached on an extension, Wijnaldum could sign a pre-contract agreement with a club in January.

Sheffield United have signed Oliver Burke from West Brom, with Callum Robinson moving in the other direction.

United have completed a fourth signing of the week after securing a deal for Scotland international Oli Burke, who joins from West Bromwich Albion for an undisclosed fee.

"I want the fans to know that I will give it my all and will put up a fight whenever the team needs me," Prabhsukhan Gill said after joining ISL side Kerala Blasters from rivals Bengaluru FC.

Yannick Carrasco sign contract extension with Atletico Madrid, that will keep at the club till 2024.

Kerala Blasters have announced the signing of goalkeeper Prabhsukhan Gill from Indian Super League rivals Bengaluru FC on a two-year contract. The 184m tall custodian was signed by the Indian Arrows in 2017, and he went on to make 30 appearances for the outfit over two seasons in the I-League.

Ollie Watkins has signed with Aston Villa from Brentford for an initial fee of 28 million pounds, which can go up to £33 million pounds with add-ons.

"Ollie has developed into one of the most sought-after strikers in the country, and we wre looking forward to seeing him show his great qualities in an Aston Villa shirt," head coach Dean Smith said after the signing.

"He is a hugely determined character, who has both the ability and personality to succeed at the highest level."

Danny Rose to Leave Tottenham | Danny Rose wants to leave Tottenham Hotspur and instead, English football as well. There is yet to come any news about his next possible destination but a move to Newcastle United, where he spent a few months on loan, is out of question, The Guardian reports.

Houssem Aouar is turning head in England, with Arsenal and Manchester City being interested parties.

Lyon's sporting director Juninho Pernambucano has said that Mikel Arteta is a big admirer of the midfielder.

"I get on very well with [Arsenal technical director] Edu, we spoke on the phone. Aouar is really appreciated by Mikel Arteta." - Pernambucano said. 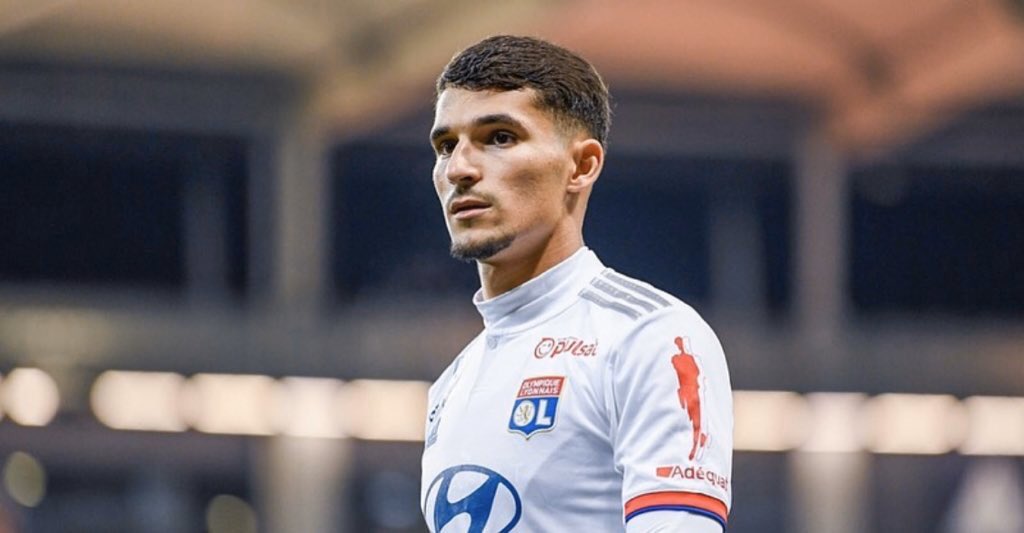 Sandesh Jhingan has signed a five-year deal with current Indian Super League champion ATK Mohun Bagan, Minerva Academy and Delhi FC owner Ranjit Bajaj confirmed on Twitter. Jhingan has been long association with signing for ATK Mohun Bagan ever since he announced his departure from Kerala Blasters after six years of association.

Michy Batshuayi Confirms Crystal Palace Interest | Chelsea's Michy Batshuayi, who scored a brace for Belgium in their UEFA Nations League match on Wednesday, confirmed that Crystal Palace were interested in him. After the match he said, "Am I going to re-sign at Chelsea to be loaned to Crystal Palace? You're on the right track when you say that. It's something like that."

Leeds United Want Julian Draxler | Lees United, who have just been promoted to the Premier League, are trying to convince Paris Saint-Germain's German winger to join them in England, according to France's RMC Sport.

Manchester City Defender on Loan | Manchester City sent out full back Angelio on loan to RB Leipzig for another season after he guided the German team to the Champions League semi-finals on loan. The deal even has an option for Leipzig to buy the Spanish left back.

After Jeje Lalpekhlua announced his exit from Chennaiyin FC, Times of India reported that he has four options for a move with offers coming from Kerala Blasters, East Bengal, Hyderabad FC and Jamshedpur FC.

ATK Mohun Bagan announced that one of their star players David Williams has extended his contract with the club for another season and he will be a part of the squad in the upcoming 2020-21 season of the Indian Super League.

Mr. Dependable from down- under, @willo_15 is roaring and ready to go!
Here's a message from him to all the #Mariners.💚❤️#ATKMohunBagan#JoyMohunBagan#IndianSuperLeague#IndianFootball pic.twitter.com/7ZtKbH8Nzl

1. Jeje Lalpekhlua announced his exit from Chennaiyin FC after six years of association.

2. England's star defender Lucy Bronze was back at Manchester City after three seasons at Lyon.

3. Inter Milan announced the signing of left full-back Aleksandar Kolarov from AS Roma.