Indian hockey teams were taken from the airport to their hotel in two buses. (News18 Photo)

The Indian hockey teams arrived in Bhubaneswar, from where they had qualified for the Tokyo Olympics.

The Indian hockey teams arrived in Bhubaneswar on Tuesday to a grand welcome after their impressive exploits at the Tokyo Olympics. The Indian men’s hockey team ended a 41-year wait to win a medal (bronze) while the women’s team finished a creditable fourth. Odisha state is a proud partner of Hockey India in their endeavor to taking hockey to the next level and now the state is welcoming its hockey heroes in Bhubaneswar, the place from where they qualified for the Olympics. After the arrival of the players, they were taken to the hotel in two buses, which were decorated with the national flag.

The players were welcomed at the airport with various dance songs in the art culture of Odisha. State Sports Minister Tusarkanti Behera, Sports Secretary Vineel Krishna and former Indian hockey team’s Dillip Trirkey welcomed the players at the Bhubaneswar airport. 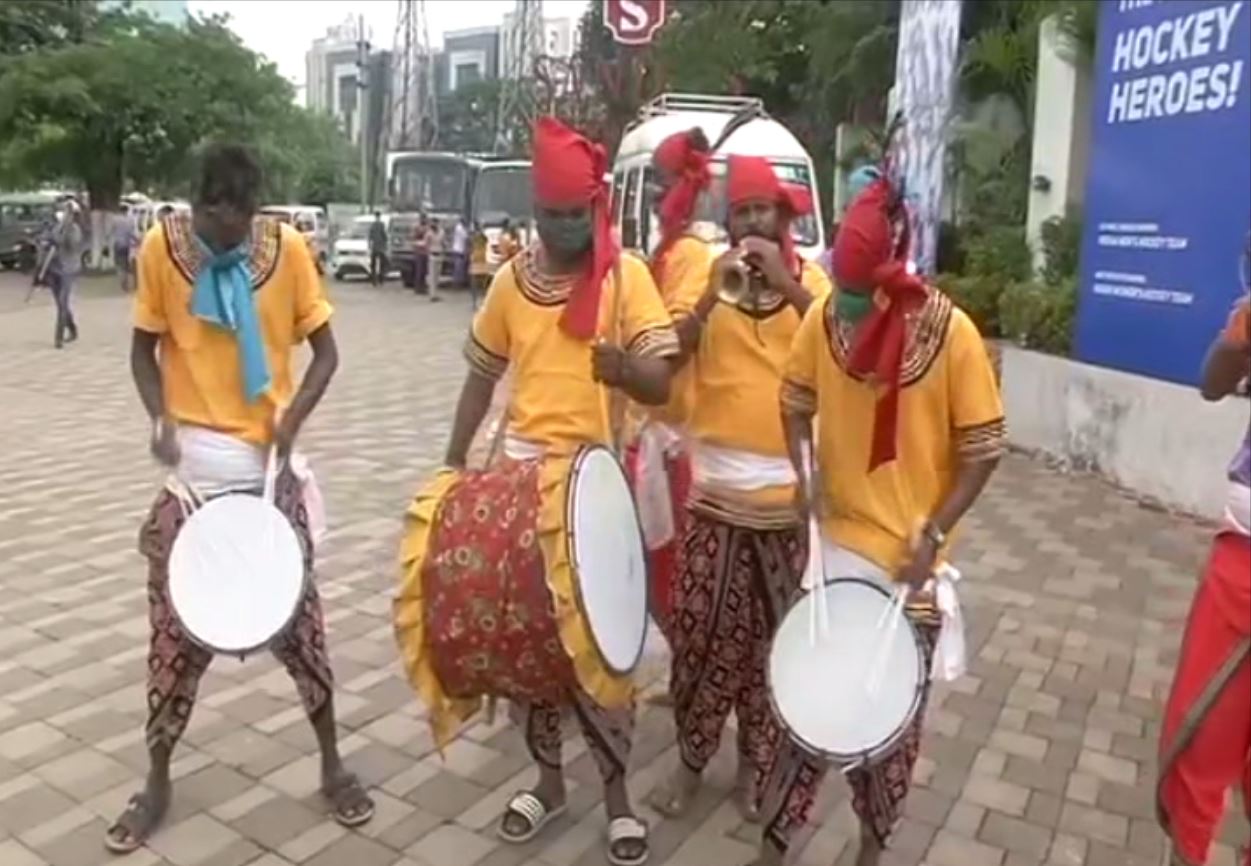 Odisha Chief Minister Naveen Patnaik will be meeting the players in the evening on Tuesday, Meanwhile, the teams will be accommodated at Hotel Sandy’s Tower, where they will interact with the media.

The Indian Hockey teams will have a photo session with CM Naveen on Tuesday evening at the Hockey Complex in Kalinga Stadium. The felicitation programme for the India hockey teams will be held on Tuesday at 6.30 PM at Convention Centre, Lokaseva Bhavan.