India's Jehan Daruvala won the race, taking his first F2 victory after Mick Schumacher had flat-spotted a tyre on the first lap.

India’s Jehan Daruvala stormed to his maiden Formula 2 win as Mick Schumacher celebrated his impending move into Formula One by clinching the F2 title on Sunday.

Daruvala took his first F2 victory after Schumacher had flat-spotted a tyre on the first lap in his Prema car.

Jehan had a good launch from 2nd on the grid and was up alongside pole-sitter – Daniel Ticktum. Tictum squeezed Jehan on the inside which allowed Championship Leader Mick Schumacher to go around the outside of both of them. Eventually, Ticktum emerged in the lead, followed by Schumacher & Jehan in third. A few corners later Jehan made a good move to pass Schumacher and get into second.
RELATED NEWS
A few laps later Schumacher passed Jehan, to relegate him to third. Jehan however did not give up. A thrilling battled ensued and eventually Jehangot past Schumacher once again, to get back into second. Jehan then reeled off a series of quick laps to catch the race leader. However, Jehan was unable to overtake. The battle for the lead intensified as Ticktum seemed desperate to win the last race of the season. Jehan, however, kept his cool and kept up the pressure. His excellent racecraft forced the race leader to start making mistakes, but Jehan found it tough to get past.
Eventually, with less than ten laps to go, Jehan made another fantastic move to get past Ticktum & grab the race lead. Thereafter Jehan drove well to slowly start opening up a gap to the cars behind. Jehan finally took the chequered flag to win his maiden FIA Formula 2 race. His Japanese teammate YukiTsunoda was second, over 3.5 seconds behind Jehan, while Ticktum was third. 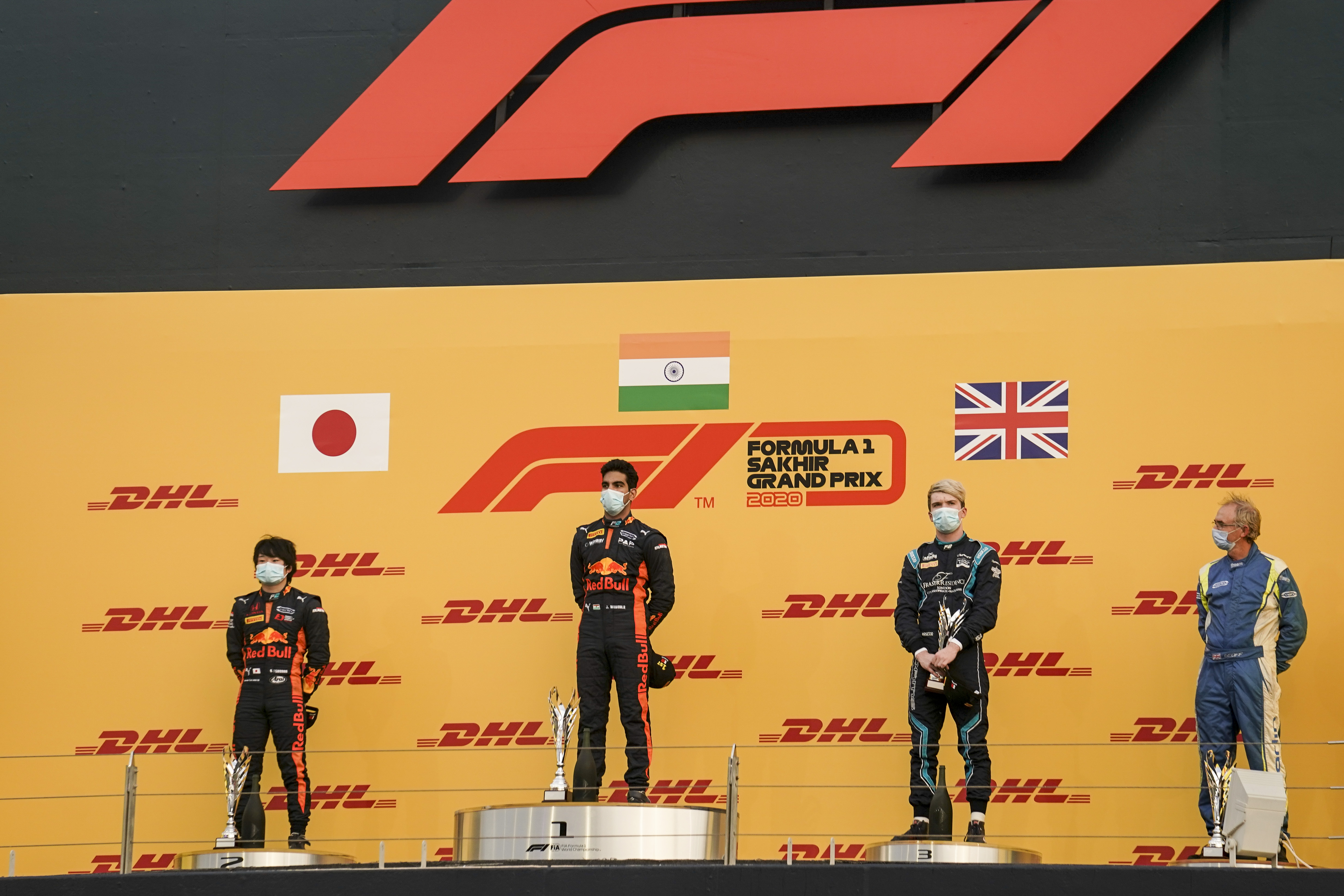 “Motorsport is pretty big in India. We obviously have a lot of people, so I have a big fanbase back home, and my goal at the end of the day is to do myself proud but also do my country proud and to prove to people from back home that even though we don’t have the same facilities and stuff that guys have in Europe, as long as you can work hard you can fight right at the sharp end of the grid.”, said Jehan.

“P1! Feels really good to end the season on a high. A big thank you to team and everyone who’s supported me throughout the season. See you next year," Daruvala tweeted.

Mick is the son of F1 great Michael Schumacher, who won seven F1 titles and 91 races in a glittering career.

The 21-year-old German driver sounded emotional moments after crossing the line at the season-ending race in Bahrain.

I have no words, he said. Truly amazing.

After climbing out of the PREMA Racing car, he knelt down by it for several seconds with his hand over his eyes.

Then he hugged members of his team and Sabine Kehm, his agent and a close family friend.

I feel overwhelmed, he said after the race. It’s going to take a few days maybe (to sink in).”

His first race in F1 will be with the U.S.-owned Haas team next year.