It indeed seems that the golden period for Indian Chess Fraternity has begun. Unfortunately, the top Indian Teams don’t seem to be all that happy.

The 44th Chess Olympiad has concluded on a successful note, two Indian teams – one team in the men’s (open) section and one in the women’s — have secured Bronze Medals, a feat never achieved by the Indian teams in the past. The All India Chess Federation and the Government of Tamil Nadu are being congratulated for the brilliant performance of the Indian teams and the superb conduction of the event; the players are being congratulated from all quarters of the society. The Chief Minister of Tamil Nadu, MK Stalin, has even declared an award of rupees one crore each to the two medal-winning teams. It indeed seems that the golden period for Indian Chess Fraternity has begun. Unfortunately, the top Indian Teams don’t seem to be all that happy. Clearly, the ’feel good factor is missing amongst the Chess organisers and elite players from the Indian Chess fraternity.

Let’s first look at the extraordinary circumstances under which India was allotted this greatest Chess event, something which happened in a most unusual manner. The Chess Olympiad is generally allotted four years prior, to enable the host National Federation to arrange for funds and make all the preparations. The 44th Olympiad was scheduled to be held in Moscow but unfortunately, Russia declared war against Ukraine on 24th February, creating an international political and social crisis. The next day, FIDE announced that the Olympiad would be moved to another country. However, it was an awkward moment for FIDE, whose President is a Russian living in Russia. Postponing the event to a later date would have been the normal course of action in such extraordinary circumstances but the FIDE President, Arkady Dvorkovich, decided to make an appeal to all the National Federations to consider the possibility of conducting the mega event as per the schedule, July-August 2022. Due to the high budget (to the tune of 80 crore rupees), most of the National Federations were not inclined to offer to host the event but, the dynamic General Secretary of the All India Chess Federation, Bharat Singh Chauhan, decided to give it a try. Since organising such an event without Government sponsorship would be impossible in India, Chauhan travelled state after state appealing to the Chief Ministers to organise the event in their respective states. To his surprise, the CM of Tamil Nadu agreed to sponsor the event in the very first meeting fully and thus the event was allotted to AICF by FIDE.

44th Chess Olympiad: How The Sport Has Been Inspiring Bollywood Movies’ Plots For Years

Though the financial guarantee was given by the Tamil Nadu Government, most of the other aspects had to be dealt with by the AICF, who opened a temporary office at Mahabalipuram, the beautiful ancient city chosen by the Government of Tamil Nadu for hosting the event. Things started moving fast then and we now see that India has successfully done what seemed to be impossible to the rest of the world.

The Union Government and the PM himself took a lot of interest in the event and a Torch Relay was conducted in 75 cities to celebrate the ‘Azadi ka Amrit Mahotsav’. The awareness among the general public was thus created and the mega event eventually became a true sports festival.

Though every country is permitted to field only one team each in open (men’s) and women’s sections in the Olympiads, India was permitted to field as many as three teams each in both the sections, a right extended to only to host countries in Olympiads. The greater budget for the tournament enabled the AICF to conduct as many as three ‘10 days of coaching camps’ for the teams in the last three months, (the first time in Indian history), thereby creating an optimal situation for Indian teams to perform.

The Indian Chess fraternity was delighted to see the ‘India 1 team’ being given top seeding in the women’s section and second in the open. [The strongest Chess playing nation – Russia – were not permitted to take part and the defending champions (winners of the previous Olympiad) China had chosen to opt out without assigning any reason]. As the Head of the Indian delegation, I was optimistic about our teams bagging Gold in both sections, like what China had done in the previous Olympiad held in 2018 at Batumi in Georgia. There was no Chess Olympiad in 2020 due to the pandemic.

Under these circumstances, top seed Indian women (team 1) bagging Bronze and second seed India (team 1) finishing fourth in open (men’s section) has left the Indian Chess fraternity in a shock rather than a mood to celebrate.

Certainly, the AICF had chosen the usual path of selecting the teams, well tried over a decade, leaving the things entirely to the selection committee. The players were much better trained this time, the two strongest Chess playing nations were not participating and yet, the team India 1 did underperform. The only consolation is that the India 2 team – seeded 11th – was able to bag the Bronze, with two players winning Individual Gold and one winning Individual Bronze.

Let us look at players’ individual positions at the 44th Chess Olympiad.

Having played seven Chess Olympiads myself and having known the experiences of Bhagyashree Thipsay (who has played nine Olympiads), I feel that it is high time for me to make some suggestions to the selection committee of AICF regarding a review of their selection methods and to introspect the performance of the India 1 teams. The performance of Indian teams in the 44th Chess Olympiad should indeed be an eye opener for all of us. It needs to be noted that the two best performers in the Olympiad, D. Gukesh, individual Gold medal winner on the top board and Nihal Sarin, individual Gold medal winner on Board two, both belonged to India Team 2, as the selection committee had not found them strong enough to be in India team 1. The most frightening thought that comes to my mind is that had the 44th Olympiads been held in Moscow, the India 2 teams would not have been eligible to play at all and we would have reconciled ourselves to the thought ‘this is where we stand’ without ever understanding the shortcomings of the team selection methods and the huge potential of some greatest talents in the country, particularly D. Gukesh, Nihal Sarin and R. Praggnananda.

️ Drumrolls for the winners

The coveted 44th Chess Olympiad is done and dusted! Presenting, the winners of this tournament!

The selection committee of the AICF has the most transparent selection methods. The selection criteria are declared well in advance, they are adhered to strictly, thereby eliminating all chances of favouritism or victimisation. Decades ago, too, there were fixed set of rigid selection rules which now have been replaced by another set of similar (equally rigid) rules. I myself believe more in the flexible methods such as the ones chosen by the erstwhile USSR. There is something unique about the sports field, there always is an element of uncertainty, something which can’t be covered by fixed rules. The selection process needs to be innovative, it’s not enough to be only transparent and fair. Let us now discuss the factors which affect the performance.

The first and the most important factor is ‘proper evaluation & assessment of relative playing strength of youngsters’. After looking at the composition of India 1 and India 2 teams in the men’s section, the World Champion Magnus Carlsen opined that the (11th seed) India 2 was stronger than the (2nd seed) India 1 team. Now that the results have shown how correct he was in his assessment, we need to try to develop similar insight in our minds, which can’t be achieved without doing away with our prejudices and dogmatic ways of thinking. Young champions, unlike more established ones, have a capacity of improving every day, which tends to make them under-rated in terms of ranking or rating. Therefore, we have to change our mindset of assessing players by paper records, which leaves no provision to assess on basis of potential. Another important factor is that youngsters are often more motivated to play for the country which can play a positive role in their performance. 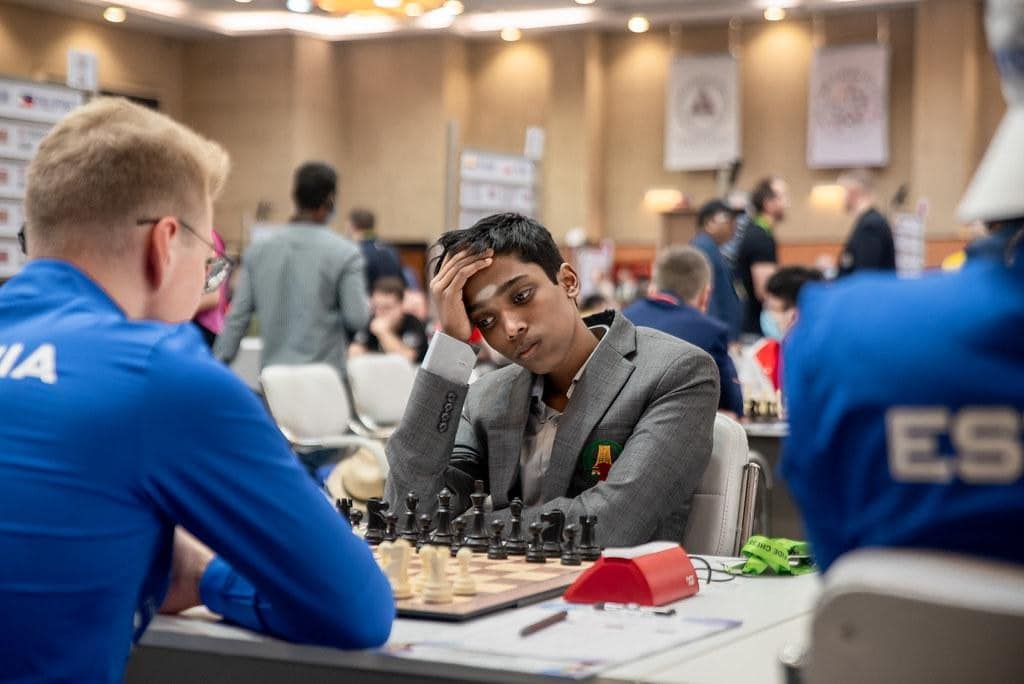 The fourth factor is the ‘selection of coaches for the teams. This is an extremely sensitive issue as most of the players have their individual trainers who have nurtured the players for years. Nowadays there are lucrative incentives and awards for coaches of medal-winning teams and therefore many people are aspirants to become coaches of Indian teams during important tournaments. It is important to find out how comfortable the players are with these short-term coaches.

I have tried to cover a few points to ponder over for the readers. There are some more angles which need to be looked into as well but they are too technical and could find a place only in a Chess magazine. I leave it to the readers to judge the performance.

Arjuna Awardee and recipient of the highest Chess titles by FIDE -- International Chess Grandmaster (for players) and FIDE Senior Trainer (for trainer...Read More