News18.com has compiled some data on all the foreign players of the 11 squads of the Indian Super League 2020-21.

The Indian Super League 2020-21 begins on November 20. It will be the seventh season of the league and this time, it will be played entirely in Goa due to the coronavirus pandemic. All the matches will be played in the three stadiums - GMC Stadium Bambolim, Tilak Maidan and Fatorda Stadium. ISL is the second sports event to be held in India post the coronavirus outbreak. The first was the I-League qualifiers, which was held in Kolkata in October.

The schedule for first 11 rounds of matches has been released already and features six double-headers - all of which will be played on Sundays. The schedule for the remaining 55 league matches will be published in December post clarity on calendar dates of Asian Football Confederation (AFC) Competitions matches.

Ahead of the season, the transfer market was abuzz with all the teams looking around the world for players who would strengthen their squad. With the new ISL rule making it compulsory for all teams to have an Asian Football Confederation (AFC) player, most teams looked at the A-League in Australia to fill that quota. Even though ATK Mohun Bagan FC and Bengaluru FC retained a number of their players, most of the others have a completely fresh foreign contingent. Mumbai City FC, which is going to be coached by Sergio Lobera, has signed three former FC Goa players.

Since the inception of the ISL in 2016, foreigners have been seen as the tool to improve the quality of the teams and hence, the league. The foreigners have also proved to be a source of improvement for Indian players in the squad.

Here is the list of all the foreigners signed by the 11 teams:

Now, as the season gets set to kick off, News18.com has compiled some data on the foreigners under criteria like their market value, average age, Asia experience and so on.

The market value of all the players has been picked from Transfermarkt.

Kerala Blasters' Gary Hooper, an England national, has the highest market value of all the foreigners who have been signed in the transfer window ahead of the season. Hooper is a centre-forward with 207 career goals and the experience of playing in Scotland, England and New Zealand. He is followed by four players - Esmael Goncalves (Chennaiyin FC), Vicente Gomez (Kerala Blasters), Adam Le Fondre (Mumbai City FC), Idrissa Sylla (NorthEast United FC) - who are all at the same market value. Position-wise, the forward foreign line-up of the ISL is the oldest while the midfielders are the youngest lot. 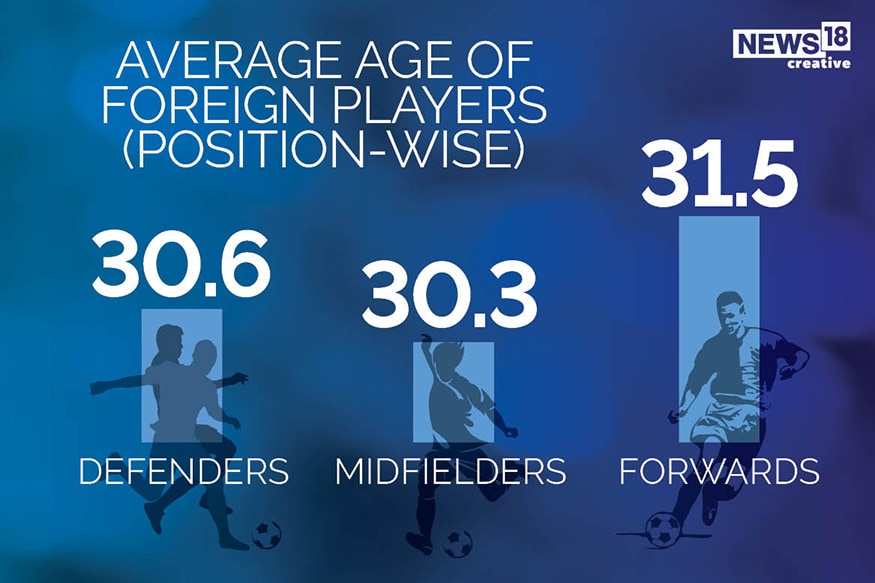 Among all the foreigners in the clubs, Bengaluru FC's players have the highest average of experience in Asia. Be it Eric Paartalu and Dimas Delgado, who have been with Bengaluru FC or Cleiton Silva, who they have signed this season, Bengaluru have the wealth of Asia experience. On the other hand, NorthEast United are the most inexperienced in Asia. Their seven foreigners have played a total of 84 matches in Asia. Kerala Blasters were very close as well with 85 matches among seven players. Chennaiyin FC have among them a decent number of national campaigners, which gave them the highest average among the 11 teams. Their seven foreigners have a total of 120 national caps. SC East Bengal stood second with their six players having a total of 92 caps. ATK Mohun Bagan had 96 caps among seven players. None of Hyderabad FC's foreigners have any national cap while Bengaluru FC and Mumbai City FC were bottom of the barrel too with averages of 2.7 and 3.1, respectively. 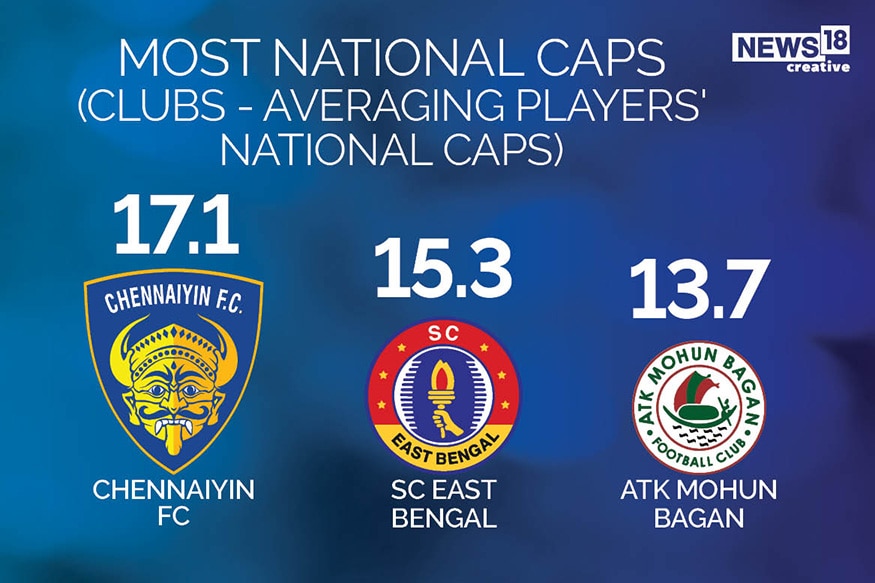 Of all the centre-forwards in the league, Mumbai City FC's Adam Le Fondre has the most number of goals in his career, with all of them coming in clubs. Next in line is Gary Hooper, who also has no national caps and hence, scored all for his clubs. Roy Krishna, on the other hand, has 55 national caps for Fiji and has scored for both clubs and country. 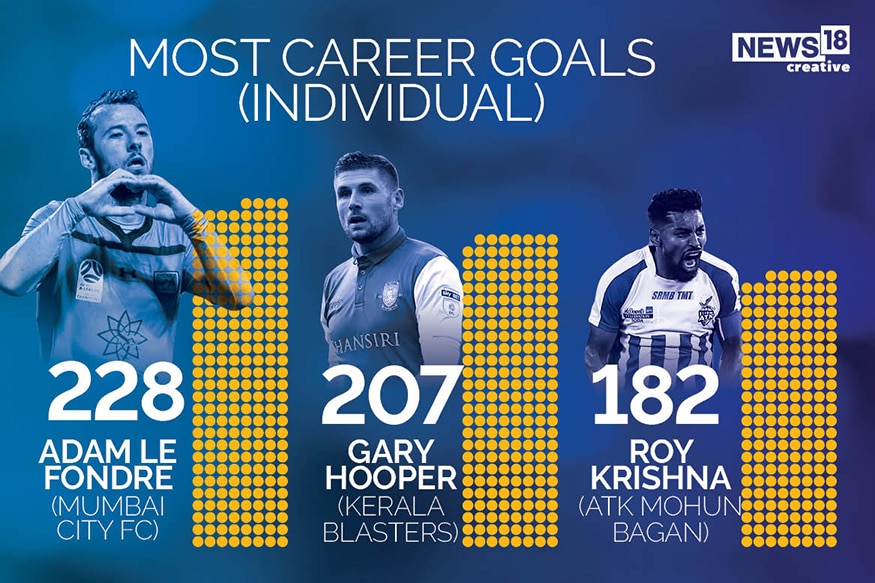