2020 has been a tough year and the Pro-wrestling community lost many beloved pro-wrestlers including the tragic passing of legendary La Parka II, Hana Kimura, Shad Gaspard, Jon Huber, and legends like Rocky Johnson, Pat Patterson, Road Warrior Animal, and Kamala to name a few.

2020 has been a tough year and the Pro-wrestling community lost many beloved pro-wrestlers including the tragic passing of legendary La Parka II, Hana Kimura, Shad Gaspard, Jon Huber, and legends like Rocky Johnson, Pat Patterson, Road Warrior Animal, and Kamala to name a few.

Here’s a list of the most notable professional wrestlers who died in 2020:

Jon Huber, popularly known as Luke Harper in the WWE, and Brodie Lee has died aged 41 of non-COVID-19 related lung issue on December 27, an AEW official statement on social media said on Sunday. Huber was most recently wrestling under the name Brodie Lee for AEW. Huber made his name in the independent wrestling scene, wrestling for promotions like Dragon Gate and Combat Zone Wrestling before making a big splash in NXT and WWE main roster as Luke Harper part of the ultra-popular Wyatt Family. 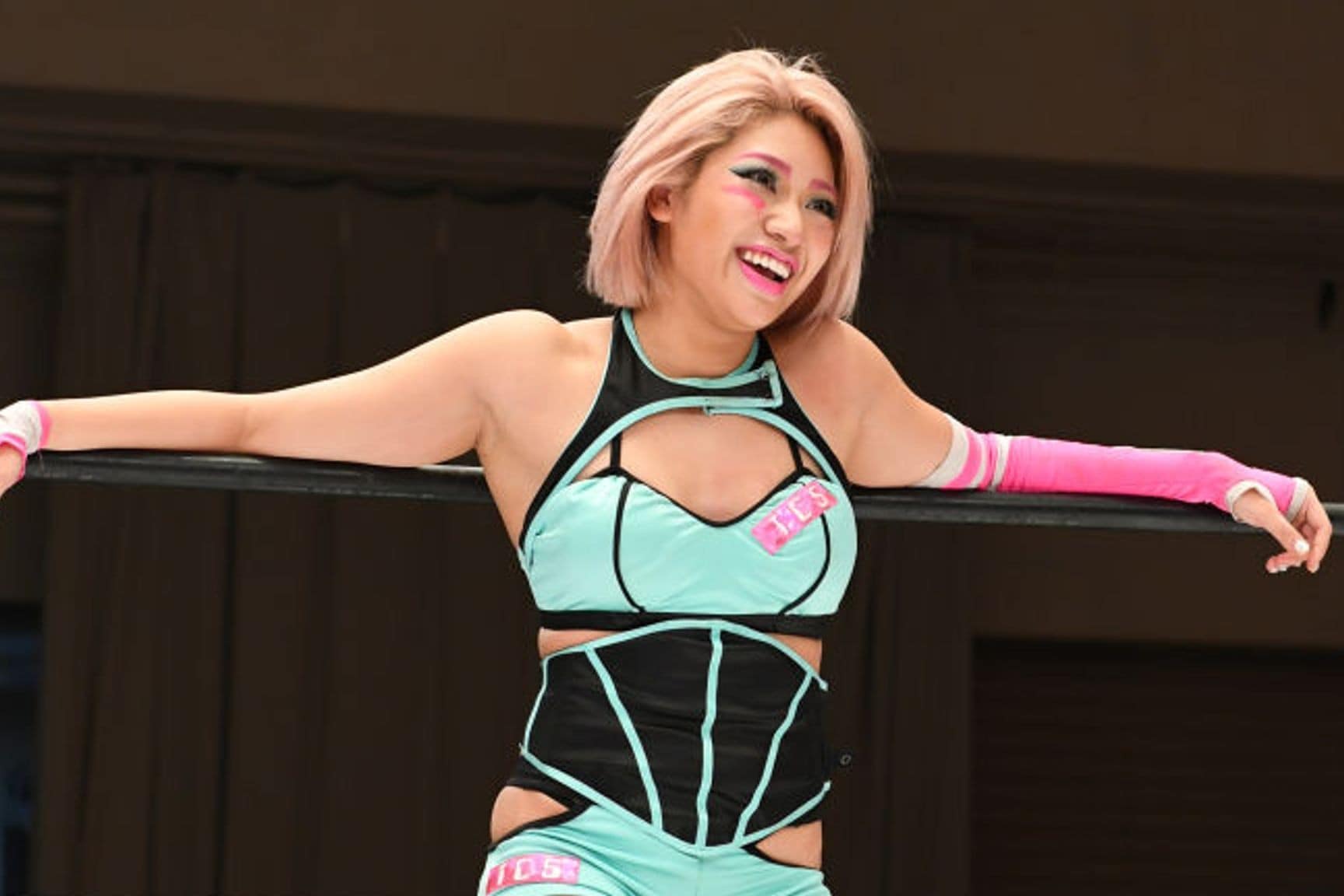 The body of former World Wrestling Entertainment star Shad Gaspard, who was last seen swimming off Los Angeles’ Venice Beach, was found along the shore days later in May. Lifeguards had told police that Gaspard, 39, was swept out by a rip current at the weekend, when rescue workers were able to pull his 10-year-old son from the water. A search by lifeguards and divers for Gaspard proved fruitless and he had been listed as a missing person by the Los Angeles Police Department. 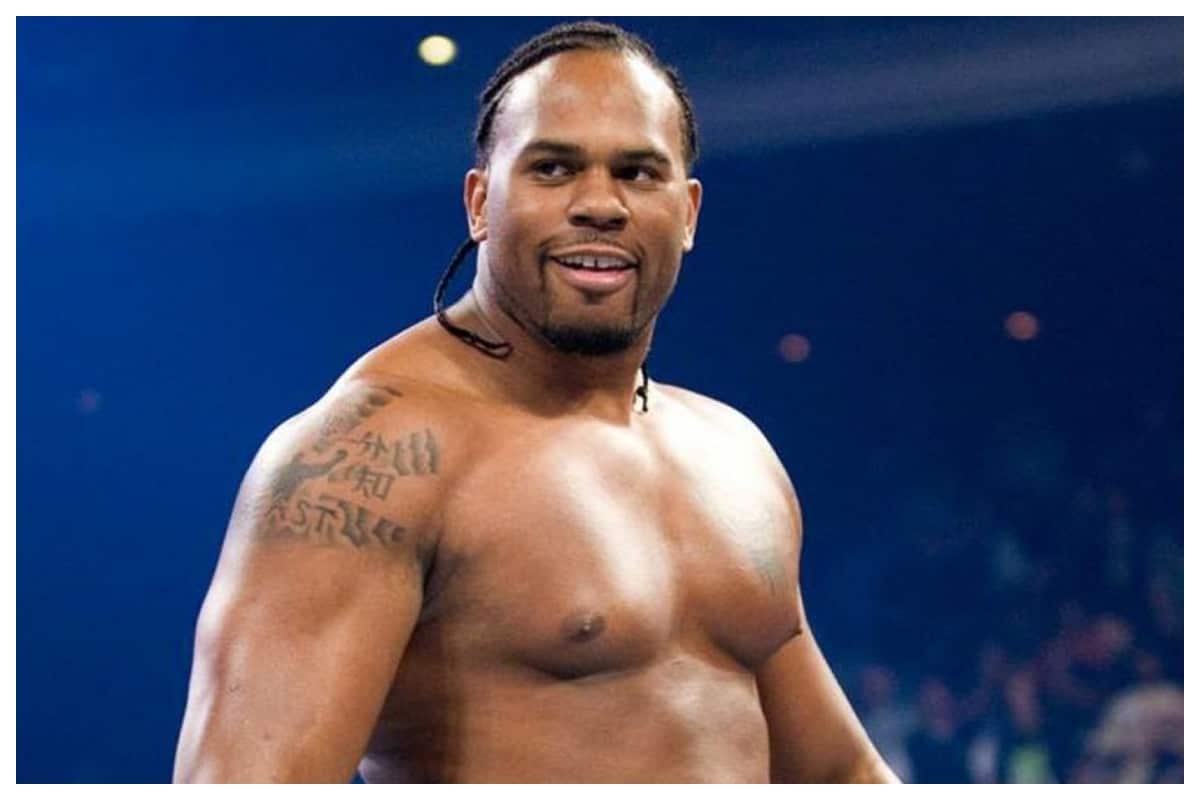 Popular Mexican wrestler La Parka died in Januray this year, months after a traumatic injury suffered during an in-ring stunt that left him paralyzed. The stunt reportedly occurred in Monterrey, Mexico, and involved La Parka — real name Jesus Alfonso Huerta Escoboza — leaping through the ropes at an opponent outside the ring. La Parka missed and hit his head on a guard rail, then the floor. Life-saving surgery was soon performed, but still left the wrestler paralyzed. 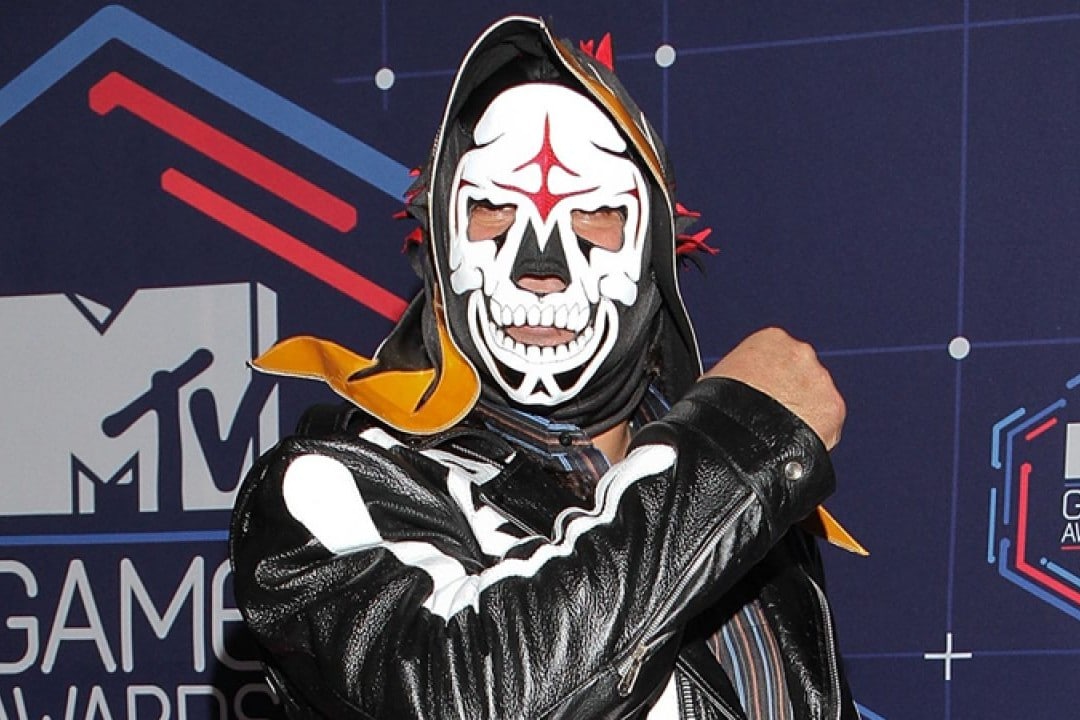 WWE Hall of Famer and first-ever Intercontinental Champion Pat Patterson has passed away at age 79 in December. A true trailblazer of the industry, Patterson was linked to many “firsts” in sports-entertainment throughout his storied career, including the first-ever Intercontinental Title reign and the creation of the Royal Rumble Match. In a career spanning six decades, the renaissance man left an indelible mark on the industry in the ring, on the microphone and behind the scenes. 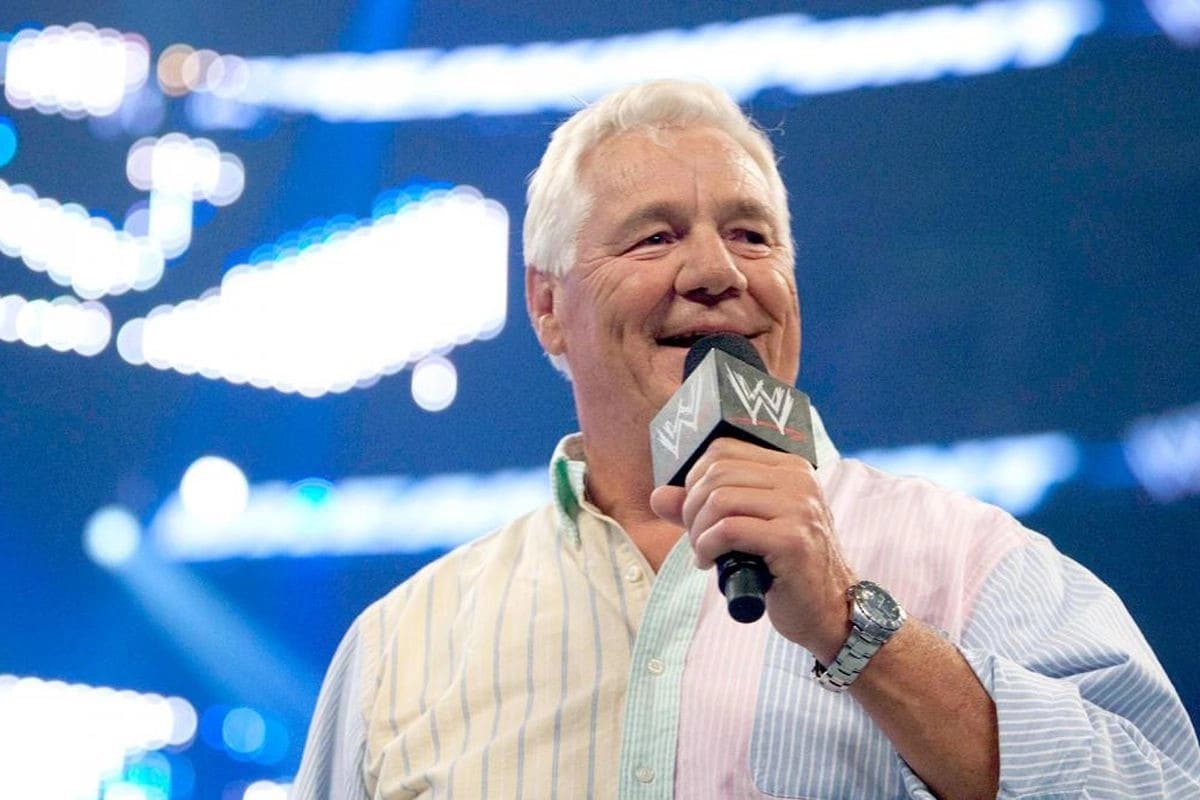 WWE wrestler Joe Laurinaitis, more popularly known as the Road Warrior Animal, breathed his last on September 22 at the age of 60. The cause of his death till now has not been released. The news was confirmed on the official Twitter handle of Animal. It read, “At this time, we would like to confirm the passing of Joseph Laurinaitis aka Road Warrior Animal at the age of 60. The family is planning to release a statement later today. At this time we ask for you to keep everyone in your thoughts and prayers.” 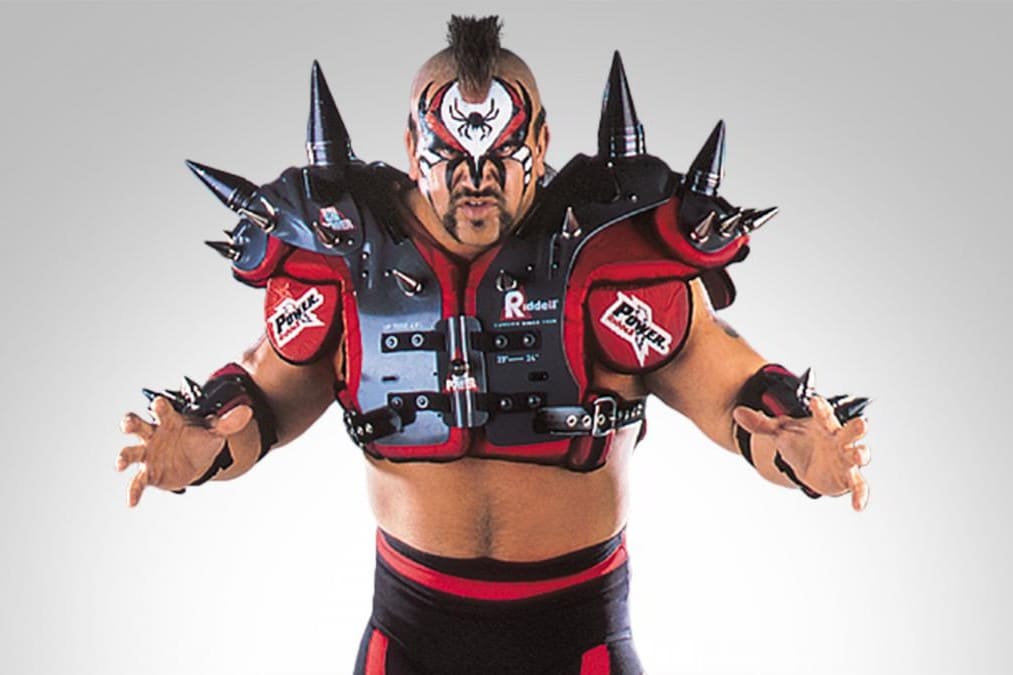 James Harris, known to WWE fans as Kamala, has passed away at age 70. Under the frightening face paint of Kamala, the 6-foot-7, 380-pound Harris battled big stars of pro-wrestling including the Hulk Hogan, The Undertaker, and Andre the Giant in the early 1980s. He terrorized opponents and thrilled audiences in Mid-South, World Class Championship Wrestling, WCW and WWE until 2006. Harris had made his debut in World Wrestling Federation in July 1984 managed by the iconic Freddie Blassie and went on to challenge Hogan for the World Heavyweight Championship the same year after a series of victories since his debut, including Chief Jay Strongbow. Dwayne ‘The Rock’ Johnson’s father, Rocky Johnson has passed away aged 75 in January. Rocky was also a WWE wrestler and Hall of Famer and the sports-entertainment network confirmed the news on social media. Rocky Johnson’s sports-entertainment career began in the mid-1960s. He spent the bulk of his career in the National Wrestling Alliance and later joined the then-World Wrestling Federation in the 1980s. He formed a tag team with Atlas known as ‘Soul Patrol’ and became of one the popular teams of the era. Rocky retired in the early 1990s, but helped introduce his son Dwayne ‘The Rock’ Johnson to officials at WWE. Rocky’s son Dwayne adopted the Rocky moniker from him. Rocky came to his son’s aid after a match at WrestleMania in 1997. The Rock inducted his father into the WWE Hall of Fame in 2008. “Bullet” Bob Armstrong, a WWE Hall of Famer and patriarch of the legendary Armstrong wrestling family, has passed away at age 80 in August. Equal parts strongman and showman, Armstrong, who was born Joseph James in Marietta, Ga., on Oct. 3, 1939, proved himself as one of the most tenacious grapplers on the planet during the territorial days of sports-entertainment. He secured his toughman reputation long before he ever set foot in the ring, thanks to his tour of duty in the U.S. Marine Corps and his seven-year tenure as a member of the Fair Oaks (later Cobb County) Fire Department.

Tom “Tiny” Lister, known as Zeus to the WWE Universe, passed away today at age 62 in December. Lister had showed symptoms of COVID-19 for a few days and was eventually found unresponsive in his apartment in Marina del Rey, California. Zeus first entered the squared circle opposite Hulk Hogan in the 1989 film “No Holds Barred.” The rivalry extended beyond the big screen, as The Human Wrecking Machine quickly formed a common bond with “Macho Man” Randy Savage in their shared quest to take down The Immortal One. Zeus & Savage battled Hogan & Brutus “The Barber” Beefcake in the main event of SummerSlam 1989. One of Zeus’ most memorable moments came at Survivor Series 1989 as part of Ted DiBiase’s Million Dollar Team, when The Human Wrecking Machine got the better of The Hulkster in an impressive display of strength.

Wrestling star Grant ‘Danny Havoc’ Berkland died at the age of 45 on June 1. The American professional wrestled for over a dozen years and was also known as the “The Deathmatch Drunkard”. Havoc’s retirement match was against SHLAK in 2017.Just a month earlier, Danny Havoc’s wife had passed away on April 4 due to heart failure. Havoc’s death news comes days after the demise of former WWE superstar Shad Gaspard.

Veteran American announcer and WWE Hall of Famer Howard Finkel died at the age of 69 in April. Known as ‘the Fink’ affectionately, Finkel belonged to Newark, New Jersey and served as “indispensable resource” to the WWE offices for his “vast knowledge of sports-entertainment history”. He was recognized for his catchphrases like, “and NNNEEEWWW World Champion!” which he used to present to the world wrestling heroes for decades. Finkel also had his stint in the in-ring battles. As the release said, Finkel battled it out with Harvey Wippleman in 1995 in WWE RAW.

Other notable personalities from the pro-wrestling community who died in 2020: