In a viral video, John Millman can be seen wiping the tennis ball on his t-shirt before serving which can affect its speed.

Australia's John Millman came close to toppling the great Roger Federer in a thrilling five-setter in the third round of the Australian Open. The swiss emerged winner 4-6 7-6 (2) 6-4 4-6 7-6 (8) to register his 100th victory at the first Grand Slam tournament of the year.

There was controversy still as after the match, Millman was accused of 'ball-tampering'.

Sven Groeneveld, who has coached Maria Sharapova in the past, took to social media to point out that Millman rubbed the tennis balls on his sweat-drenched t-shirts before serving, which could have helped him send down faster serves.

"Millman applying the old trick in speeding up the first serve by rolling the ball on his (I assume) wet shirt before he serves? Is that legal in tennis I know it's not in other ball sports like cricket and baseball? Do we have a rule in tennis?," Groeneveld wrote on Twitter.

"The ball skids through first and throws of the timing of your opponent not only on the one serve but it disturbs the consistency of your timing on other shots."

According to USTA rules, a player "may not take any action that materially changes the condition of the ball. Therefore, a player may not use a ball to wipe off perspiration." 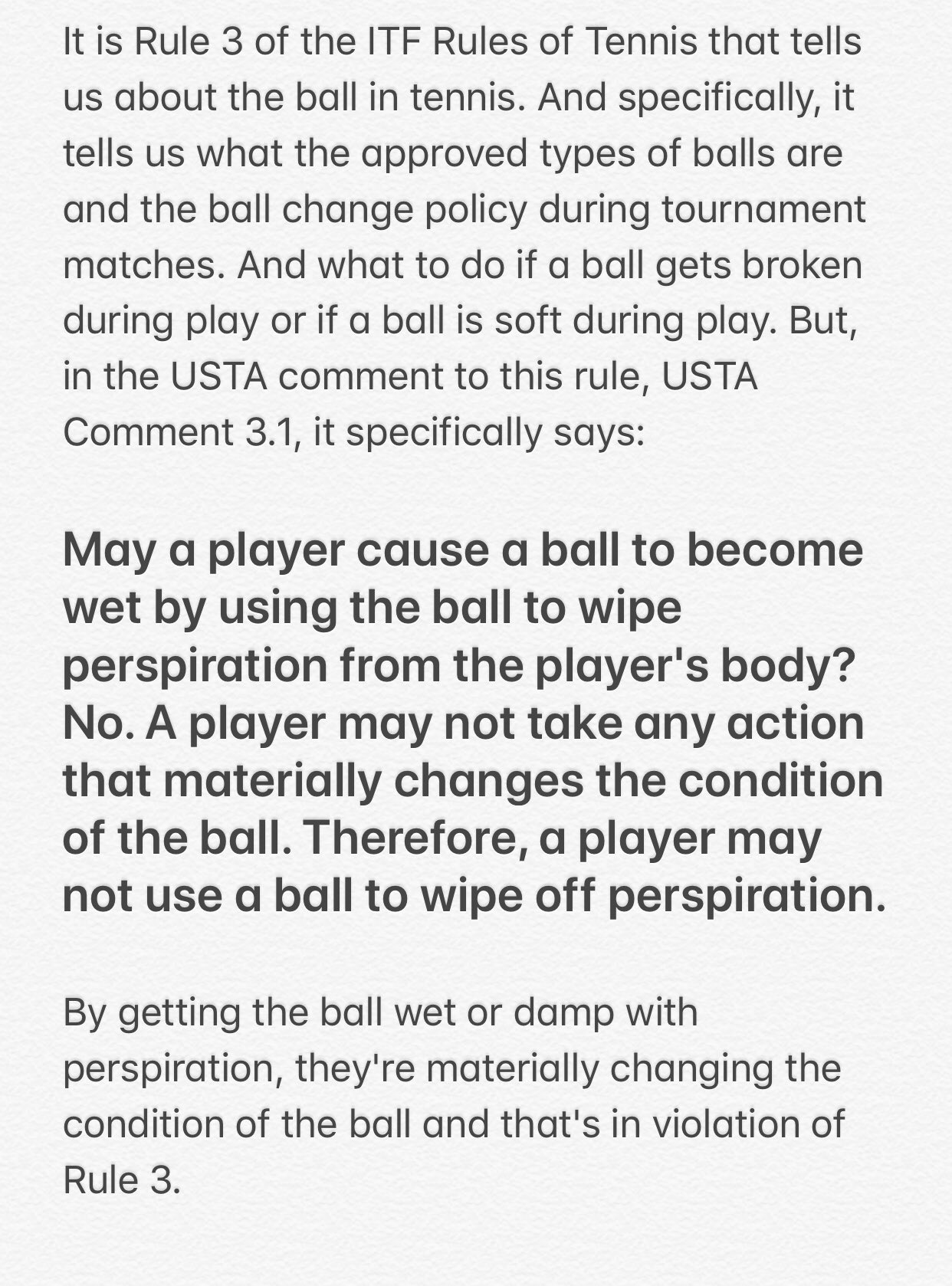 But former Australian doubles player Todd Woodbridge commented below Groeneveld's tweet, "What happens when you put it in the pocket of your wet shorts?"

Pat Cash, who won the Wimbledon in 1987, also came to Millman's defence.

"It's absolute c**p. Rubbing the ball on a sweaty shirt has very little effect on the ball, if any effect all. "It's more to smooth the cover of the ball down. It becomes a habit for some players. John Newcombe and lots of our great champions used to do back in the day when the ball quality probably wasn't as good," Cash told Daily Telegraph.

"How does that affect anything? It's crap. Cricketers are allowed to use sweat and saliva on the ball to help it swing. That's legal. Using sweat on a tennis ball does virtually nothing. It might make it fractionally heavier but it would have no impact on the receiver. It's b**lshit," he added.