Chelsea legend and Aston Villa coach John Terry shared a post of his banter with the Spurs fans and added 17 trophy emojis along with 2 crying-laughing emojis.

Aston Villa coach John Terry callously made fun of Tottenham during his side’s victory over the north Londoners on the night of May 19. During the Tottenham-Aston Villa match, supporters of Spurs sang a chant about Ledley King which went like, ‘Oh Ledley, Ledley, He’s better than John Terry,’ instigating several emotions within the Chelsea legend.

Villa coach did not leave any stone unturned to give a befitting reply. He turned to the Ledley supporters and lifted an imaginary trophy. Terry’s mockery didn’t end on the ground but continued after the match on the social media site too. He shared a post of his banter with the Spurs fans and added 17 trophy emojis along with 2 crying-laughing emojis. Not satisfied yet, Terry again took a dig at Tottenham in his next post, wherein he wrote, “Great way to bounce back tonight."He further wrote that it was a different stadium, but it was the same old story. 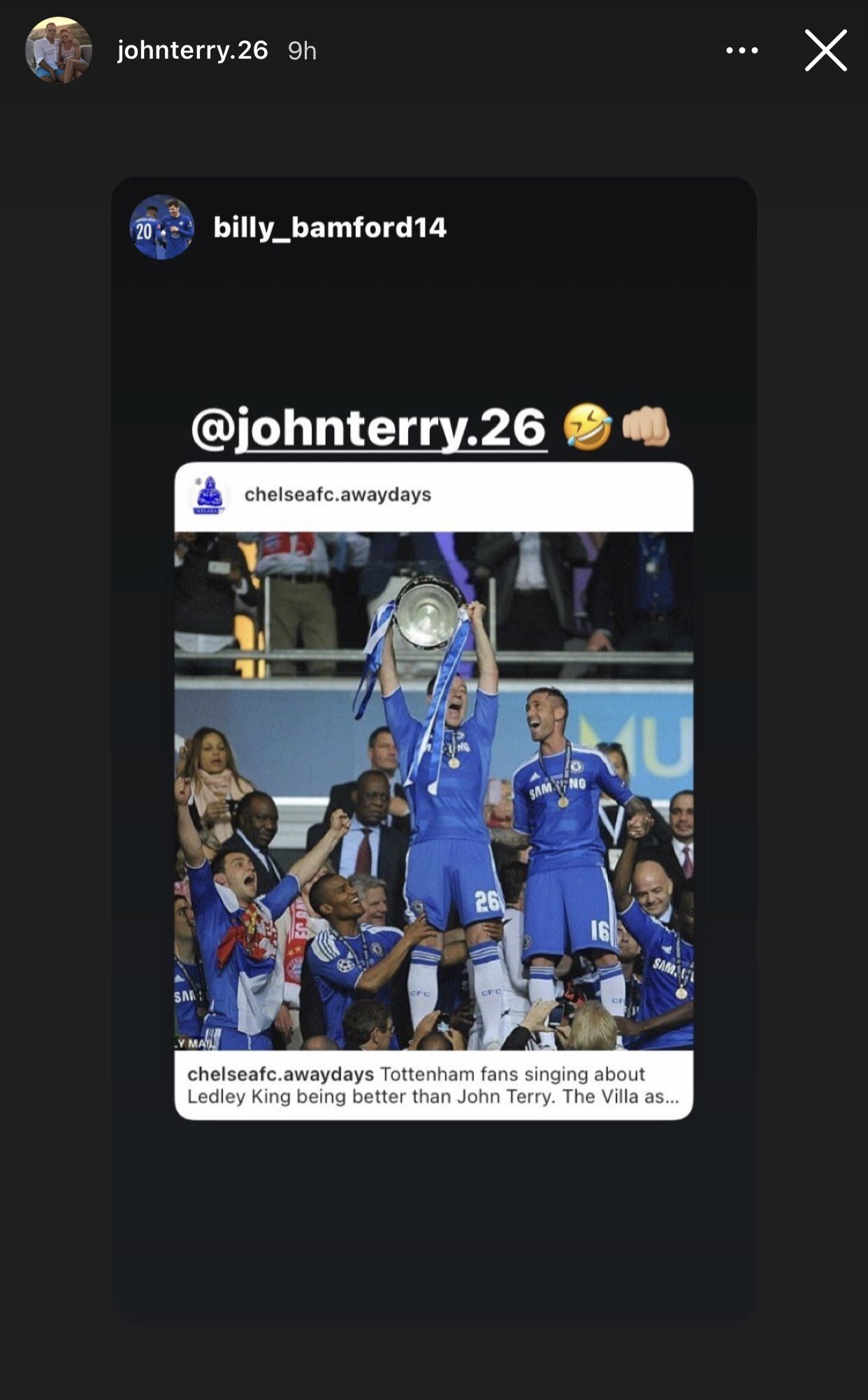 During the match, Spurs went ahead early through Steven Bergwijn but gifted Villa two goals in quick succession. With Sergio Reguilon smashing the ball past his own keeper before Ollie Watkins, the playerhad placed the visitors in a comfortable place from where victory was a child’s play. Tottenham hobbled to a 2-1 defeat in their last home game of the season and their hopes of a Europa League finish also got buried.

With one more game to go, Ryan Mason-led side is sitting on seventh place in the Premier League table. If Tottenham is successful in defeating Leicester on May 23, then they will not only hand over Chelsea a spot in the Champions League, but they themselves will also be able to play in Europa Conference League.

It was the 12th defeat for the north Londoners in this season which leaves them at 59 points with Everton.