Lovlina Borgohain vs Busenaz Surmeneli Semi-final Highlights: Lovlina Borgohain went down to top seeded Turkish boxer Busenaz Surmeneli 0-5 in the welterweight semifinals at Tokyo 2020 on Wednesday. Lovlina, the 23-year-old had already assured India of their first boxing medal at the ongoing Olympic Games when she upstaged former world champion, Nien-Chin Chen of Taiwan, to enter the semis.

Lovlina, you gave your best punch !🥊

India 🇮🇳 is extremely proud of what you have achieved !

You’ve achieved a 🥉 medal in your first Olympics; the journey has just begun! 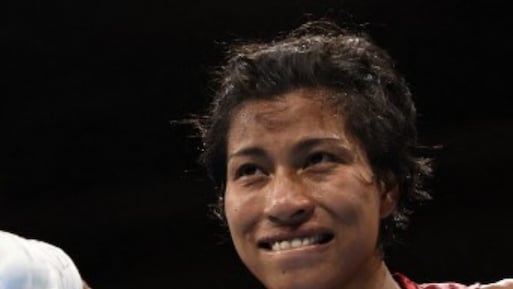 Busenaz Surmeneli masters the third round as well and wins the bout 5-0. It was a lopesided affair to be really honest, Surmeneli had kept Lovlina at bay throughout the match. 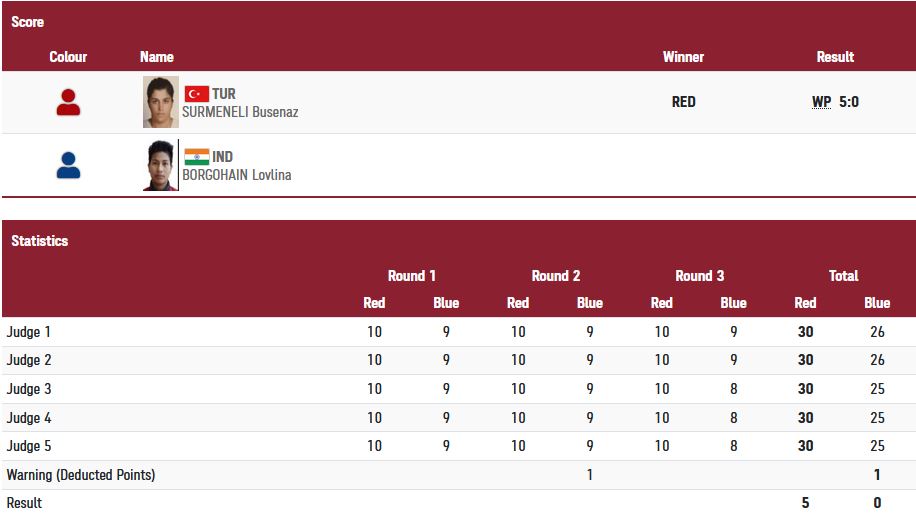 Lovlina Borgohain vs Busenaz Surmeneli Semi-final Live:  Here's the stat from the second round Lovlina started much better in the second round but Surmeneli is someone who gets better as the round progresses. The second round was just like the first round where Surmeneli fought back in the last 30 seconds.

Lovlina started the round well but Busenaz Surmeneli fought back to win the first round unanimously. The last 30 seconds cost Lovlina the round First round begins, Lovlina in BLUE while Surmeneli in RED Lovlina Borgohain vs Busenaz Surmeneli Semi-final Live Updates: Both Borgohain and Surmeneli competed in the 2019 championships, from where the latter came out champion, while the former settled for a bronze. The two, however, did not face off after landing up in different halves of the draw. This is their first ever fight.

Lovlina Borgohain vs Busenaz Surmeneli Semi-final Live: Just one bout to go before Lovlina steps into the ring. Here's AIBA's official rankings for the year 2020

Here's how Lovlina Borgohain and Busenaz Surmeneli reached the semifinals of the Women's Welterweight semis.Coincedentally, both got byes in their first rounds. The Assamese boxer got a bye in the first round and then ousted former world champion Nien-Chin Chen in a comprehensive manner. She was almost near-perfect against Chen and used body blows to open her up and then went for the combination punches. Her opponent was paying her back in kind but Lovlina’s swift feet movement ensured that she escaped most of the blows. She had defeated Germany’s Nadine Apetz, a boxer nearly 12 years elder to her, 3-2 to reach the quarterfinals.

Lovlina Borgohain vs Busenaz Surmeneli Semi-final Live Updates : Busenaz is a 23-year-old boxer who hails from Bursa province in north-western Turkey. She is the top seed in the welterweight category. She picked up boxing when she was just 10-years-old and currently she is coached by Cahit Sume. She booked her Tokyo Olympics berth through her performance at the 2021 European Qualifying Event in Paris, where she won the gold medal.

Borgohain, amidst the unrest in the north-east this 23-year-old from Assam brought in much-needed joy when she defeated Taiwan’s Nien-Chin Chen by a 4-1 split decision in the quarter-final. Lovlina displayed tremendous calm in the face of a plucky opponent, who had beaten her in the past. She was aggressive to start with, followed it up with a tremendous counter-attacking game and kept her defence tight in the final three minutes to emerge triumphant.

Borgohain’s family in Assam has been flooded with congratulatory messages since she became only the third boxer in Indian history to win an Olympic medal at the ongoing Tokyo Games last month.  Come Wednesday, the family will be glued to their Television watching Lovlina’s semifinal bout against reigning world champion Busenaz Sumeneli of Turkey. Before Lovlina, Vijender Singh and MC Mary Kom have won bronze at the Olympics. The 23-year-old is gunning to become the first ever Indian to make the final of a boxing event at the Games and her proud father Tiken is positive she will bring more glory to the nation.

She is the first Indian boxer from the current contingent to achieve a podium finish in Tokyo. The Assam-born pugilist showed great class with a tremendous counter-attacking game to emerge victorious. The 23-year-old, a two-time World and Asian championships bronze medalist, had met Chen four times before. She never defeated the Chinese Taiper counterpart in her previous clashes. 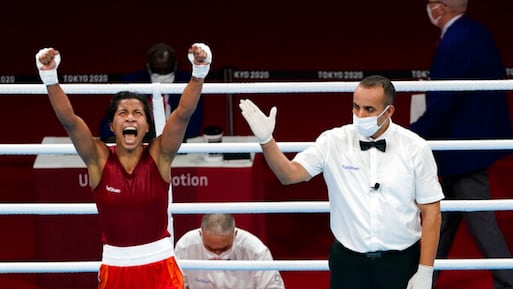 Boxer Lovlina Borgohain assured India a medal in women's welterweight by reaching the semifinals, beating Chen Nien-Chin of Chinese Taipei in a quarterfinal bout at the Tokyo Olympics.

The semi-final bout between Borgohain and Surmeneli is scheduled for August 4. The timing of the match is 11:00 AM IST.

Lovlina Borgohain will square off against top seed Busenaz Surmeneli of Turkey in her semifinal bout today, starting 11:00 AM IST. Busenaz Surmeneli from Tunisia pulled off a stunning victory in her quarterfinal bout by hammering Ukraine’s Anna Lysenko. The Turkish boxer won a silver medal at the women’s European Union Amateur Boxing Championships in 2017.Currently ranked 2nd in the world, she won bronze at the 2019 women’s European Amateur Boxing Championships. Surmeneli bagged a gold in the welterweight category in February 2020 at the 64th Bocskai István Memorial International Boxing Tournament.

Lovlina Borgohain will square off against top seed Busenaz Surmeneli of Turkey in her semifinal bout today, starting 11:00 AM IST.

According to the Olympics’ official website, the semi-final bout between Borgohain and Surmeneli is scheduled for August 4. The timing of the match is 11:00 AM IST.

Lovlina Borgohain’s next match can be viewed on Sony Ten1/Sony Ten2/Sony Ten3/Sony SIX. Those interested can also catch the action live on the SONY LIV app.

She is the first Indian boxer from the current contingent to achieve a podium finish in Tokyo. The Assam-born pugilist showed great class with a tremendous counter-attacking game to emerge victorious. The 23-year-old, a two-time World and Asian championships bronze medalist, had met Chen four times before. She never defeated the Chinese Taiper counterpart in her previous clashes.

She stormed into the quarter-finals after beating Nadine Apetz of Germany on Tuesday. The youngster missed international exposure due to COVID-19 last year. After the referee pointed to her as the winner, she let out a huge scream of joy. She is the third Indian boxer to win an Olympic medal after Vijender Singh (2008) and Mary Kom (2012). Both of them have previously bagged bronze medals. Delighted with the feat, Borgohain is still not content. She aims to script history by becoming the first Indian boxer to win a gold medal.