Let us look at the 5 best races that Monte Carlo has ever witnessed.

Known for its glamour and glitz, the Monaco Grand Prix is the crown jewel of the Formula One world championship. Overtaking is notoriously tricky on the tight, unforgiving street circuit of the Principality where pole position is key. That’s not to say that the race is not without incident: Alain Prost was cruising to victory in 1982 after pole-sitting Renault teammate Rene Arnoux spun out of the lead. However, after 73 laps the rain began to fall and Prost ended in the barriers. That handed Ricardo Patrese the lead but his Brabham too came unstuck in the wet. Didier Pironi in a Ferrari and Derek Daly then sensed their chance on the final lap but Pironi’s engine gave up while Daly’s afternoon ended through a broken gear box on his Williams. From out of the blue, Patrese managed to ‘bump start’ his car and took one of the sport’s most unlikely victories. 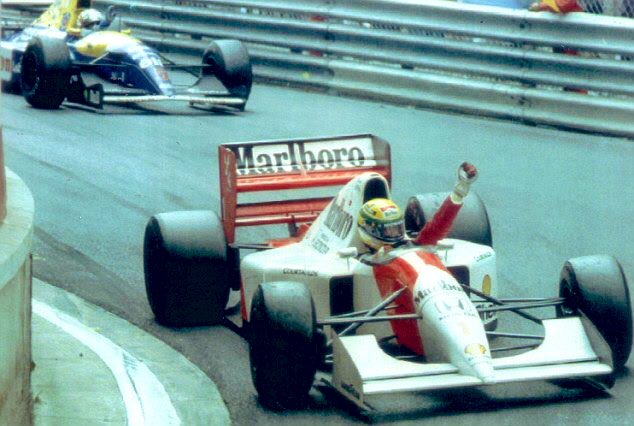 Nigel Mansell never won the Monaco Grand Prix but he must have thought he had the 1992 race secured when he led for 70 of the 78 laps. However, a wheel nut worked itself loose on his Williams. He was forced to pit, allowing Ayrton Senna to inherit the lead in the McLaren. Mansell was breathing down the neck of the Brazilian star for the closing stages, cutting the gap from five seconds, until he was in the slipstream but Senna matched the Briton at every turn before winning by just 0.215 seconds.  “I must compliment Ayrton, because he pretty well second guessed every move I tried to do," said Mansell. 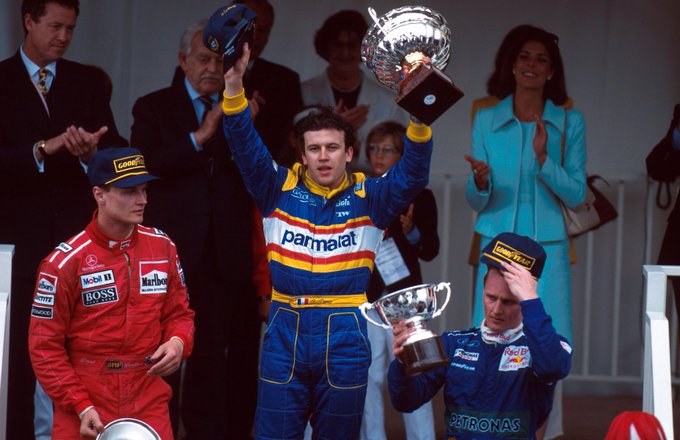 It was the year that Olivier Panis won his only grand prix. Panis, in a Ligier, capitalised on a stream of errors. Michael Schumacher had started on pole but crashed on the first lap before title challenger Damon Hill’s race ended on the 40th lap when the engine on his Williams imploded coming out of the tunnel. Jacques Villeneuve was taken out by Luca Badoer leaving Panis in front when the two-hour race limit elapsed. Only three drivers finished the wet-dry-wet race with David Coulthard in a McLaren and Johnny Herbert of Sauber ensuring there were enough men for a podium ceremony. With opportunities to overtake on the street’s narrow layout, qualifying in Monte Carlo has always been key. In 2006, Michael Schumacher was widely criticised for ‘parking’ his Ferrari at Rascasse just as rival Fernando Alonso, on his flying lap, was ahead of the German’s time. Alonso’s lap was compromised with most observers in the paddock accusing the German of deliberately sabotaging the Spaniard. Schumacher insisted he had locked up and went wide but the stewards relegated the great German to the back of the grid for the race. Former world champion Keke Rosberg said of the incident: “It was the cheapest, dirtiest thing I’ve ever seen in F1. He should leave F1 and go home". Alonso went on to win the race while Schumacher was eventually fifth. Mercedes’ Lewis Hamilton resisted intense nose-to-rear pressure over 63 laps from the Red Bull of Max Verstappen by “fighting with the spirit of Niki Lauda". Hamilton, who won despite his tyres losing grip, lifted his red helmet in tribute to the three-time champion Austrian and non-executive chairman of Mercedes who died earlier that week. Verstappen, who was involved a pit-lane collision with Valtteri Bottas during the race, was classified fourth after taking a five-second penalty.