Aashi Hanspal, who is 13 years old, has been selected along with 19 others in the age group of 12-16 out of 70 entries from five continents in FIA's Girls on Track - Rising Stars Project.

Thirteen-year-old Aashi has been selected along with 19 others in the age group of 12-16 out of 70 entries from five continents; as the first step, she will take part in the 'Shoot Out' at the Paul Ricard Circuit in France on October 12 and 13.

"Should you be successful, you will join our training camps, and potentially have the opportunity to become (Team Ferrari's) first ever female driver obtaining a partnership agreement with the Ferrari Driver Academy, including participation in an FIA Formula 4 racing season," Michele Mouton, President of the FIA Women in Motorsport Commission, said in her letter to Aashi.

"This is a great moment for women in Indian Motorsport," Sita Raina, Chairperson of FMSCI's own Women in Motorsports Commission, said. "Aashi has shown her mettle during the last season and has the potential to become a future star," she added. 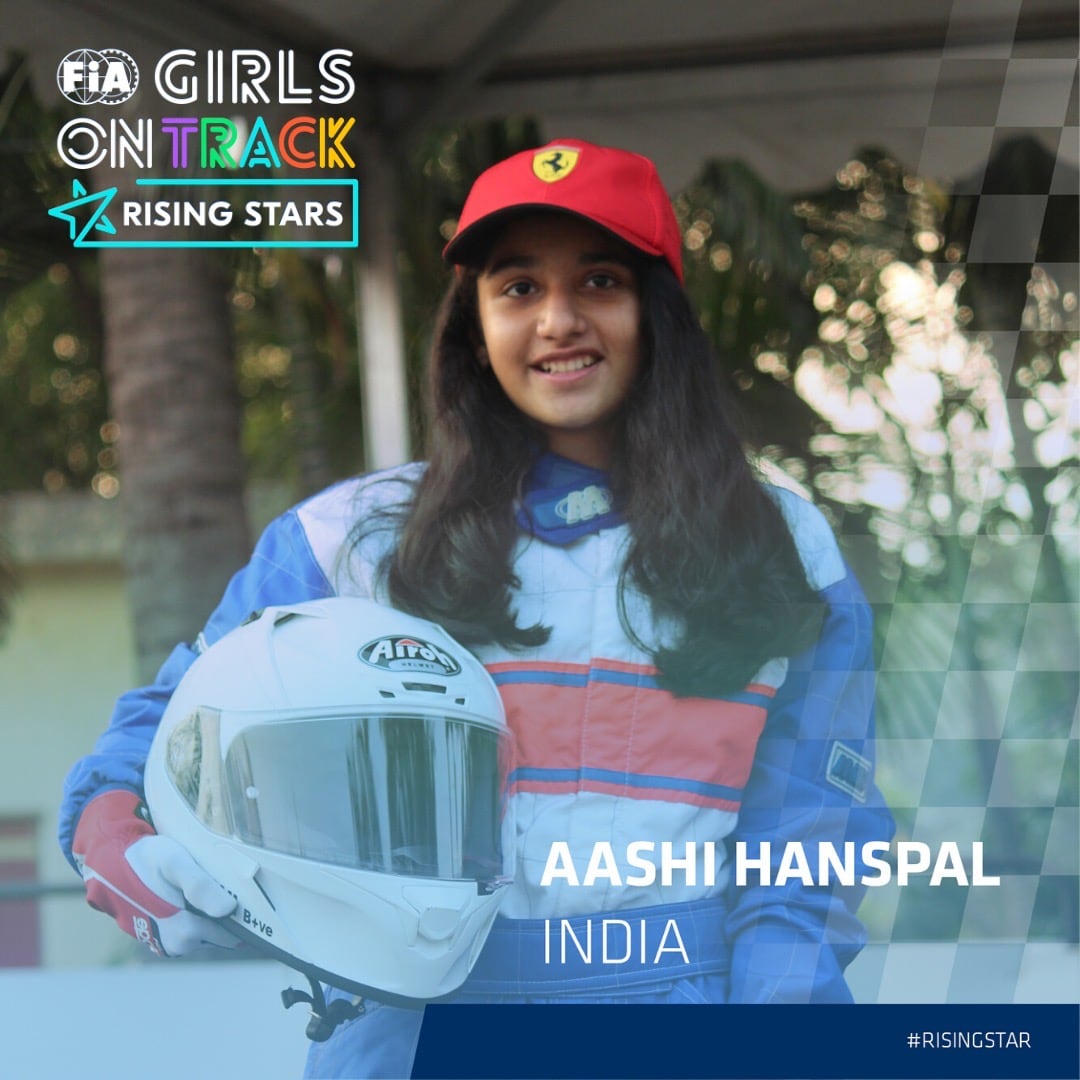 "The dates have been chosen to enable the shortlisted girls to travel from different parts of the world, despite the current travel restrictions due to the coronavirus crisis," Michele Mouton said in her letter.