Its youngest-ever scorer and two goals from a captain twice his age. Spain couldn't ask for more from its rebuild.

Its youngest-ever scorer and two goals from a captain twice his age. Spain couldn’t ask for more from its rebuild.

The 17-year-old Barcelona forward Ansu Fati scored in Sunday’s 4-0 Nations League win over Ukraine and won a penalty for 34-year-old Sergio Ramos too as an influx of young talent blended well with experienced stalwarts.

Spain goes top of its Nations League group by a point from Ukraine. Germany, which drew 1-1 with Switzerland on Sunday, is third.

Spain had been fortunate to avoid defeat Thursday when Jos Gay salvaged a 1-1 draw with Germany, but the win over Ukraine was never in doubt. After less than two minutes Fati was fouled in the penalty area and Ramos scored the resulting spot-kick. 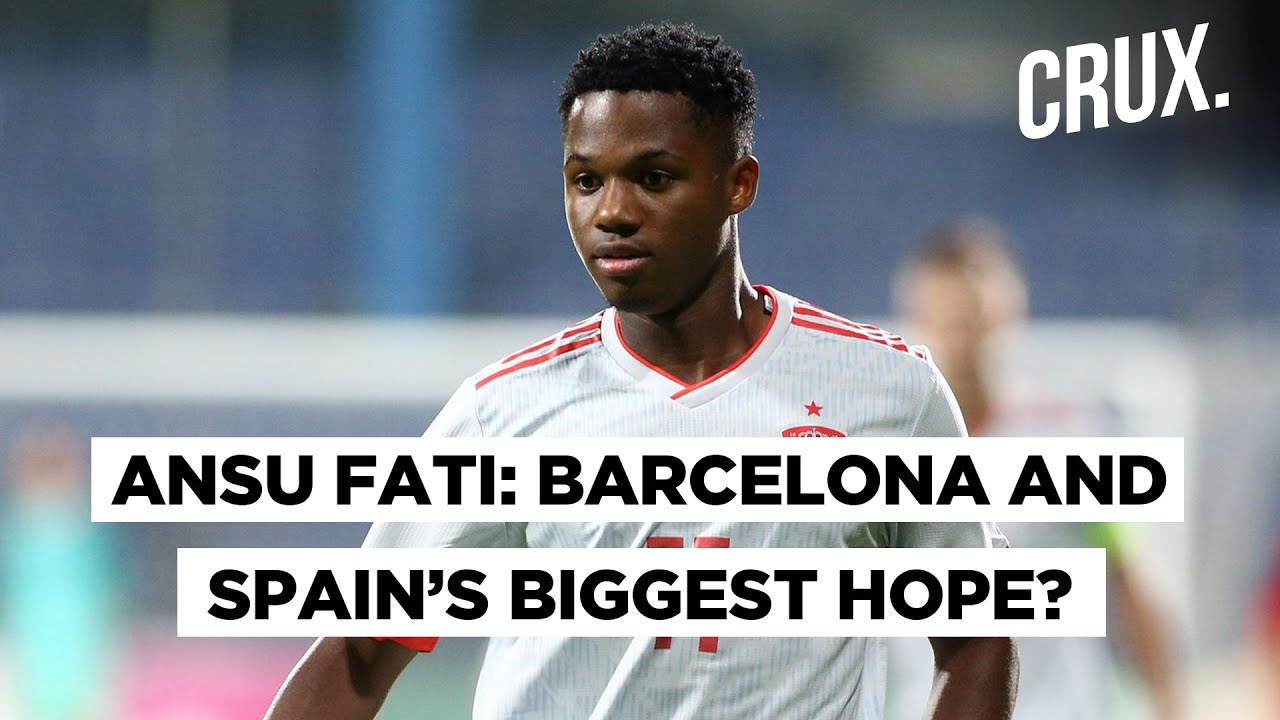 Ramos headed in a second goal to send the defender eighth on Spain’s all-time scorers list with 23, and Fati made Spain’s control complete with his long-range shot in the 32nd minute.

Fati became Spain’s youngest scorer at age 17 years and 311 days. Barely a year since he became Barcelona’s youngest league scorer, he appears set to be the future for both club and country.

NO WIN FOR GERMANY

The draw with Switzerland on Sunday left Germany still chasing its first win after its sixth game in Europe’s newest competition.

Ilkay Gundogan gave Germany the lead with a low drive in the 14th minute. Switzerland took advantage of Germany’s three-man back line to play in Silvan Widmer from the right flank and he blasted the ball past goalkeeper Bernd Leno to level the score in the 58th.

Liverpool full back Neco Williams scored the winning goal in his second game for Wales.

Williams struck deep into second-half injury time in a 1-0 win over Bulgaria in League B.

Gareth Bale played a full 90 minutes for the first time in any game since January after falling out of favor with Real Madrid coach Zinedine Zidane.

The Nations League format keeps teams of similar competitive strength together. That helped the Faroe Islands earn back-to-back wins in competitive games for the first time since 1997 by beating Andorra 1-0 to follow up a 3-2 win over Malta on Thursday.