Tokyo Olympics News Highlights: A Czech beach volleyball player has tested positive for Covid-19 in the Tokyo Olympic Village, officials said, after two South African footballers and an analyst were found to be infected at the complex as Indian athletes start their training at Tokyo ahead of the 2020 Summer Games.

Indian athletes have started their final preparations in Tokyo as they reached Japan ahead of the Olympics. Indian archery team, table tennis stars  Sharath Kamal and Sathiyan Gnanasekaran as well as Badminton players began their training. On the occasion of the ensuing Tokyo Olympics 2020, Howrah Bridge illuminated with newly decorative magnificent colour for convening good wishes. Tokyo Olympics is being given the tag of 'first gender-balanced Games in history'.

In efforts to achieve sustainability, beds at the village were made of cardboards for the athletes. However, as soon as the information rolled out, the bed, rather than being called eco-friendly, started getting popular as the “Anti-Sex Bed.”

Good 'desi food' will be the least of problems for Indian athletes heading to Tokyo Olympics village. The organisers at the upcoming Summer Games are making sure that athletes get proper, nutritional meals as per their needs as they have set-up an India corner at the Games village that is sure to wipe away home-food blues.

Howrah Bridge in Kolkata is lit up in Olympic colours as the country awaits to watch its athletes perform at the mega-event.

Celebrating the Sporting spirit at the greatest sporting arena,

Mopsw wishes the Indian Contingent a grand success at #TokyoOlympics

Gymnast Pranati Nayak, who was part of the first batch of Indian athletes to fly into Tokyo from New Delhi on Sunday morning, began her practice sessions ahead of the Olympics. In pictures posted by the Sports Authority of India (SAI) on Twitter, Pranati is pointing towards the balance beam with Tokyo 2020 written on it. In the second picture, she is seen standing with her coach Lakhan Manohar Sharma near the balance beam. The Tokyo Olympics Olympic Village is 'a safe place to stay' maintained the Organisers as fears of a coronavirus cluster emerged just days before the opening ceremony.

A female US gymnast has tested positive for the coronavirus at her pre-Tokyo Olympic training camp, according to a report by Kyodo..

The name of the teenaged athlete has been withheld by the city of Inzai, Chiba Prefecture. Can the fortunes of a village be linked to the Olympic success of a wrestler? Well, at least the 15,000 odd people living in the Nahri village in Sonepat district think so. Lenny D'Gama will be the lone Indian Technical Official and will be responsible for the evaluation of referees and judges at the boxing competition in the Tokyo Olympics.

The legendary @sachin_rt is cheering for our Indian athletes at @Tokyo2020 👍 👍

From Premier League to Tokyo Olympics

Representing Arsenal is Brazil youngster Gabriel Martinelli who has been an exciting package for the Gunners in his performances. From Manchester United, defender Eric Bailly and winger Amad Diallo will be seen with Ivory Coast. Douglas Luiz from Aston Villa will be representing Brazil along with Everton’s Richarlison.

From the Oceania region, Southampton’s Caleb Watts and Crystal Palace’s Jay-Rich Baghuelou will be representing Australia and West Ham United’s Winston Reid will be donning the New Zealand jersey along with Burnley’s Chris Wood. From Brighton, Alexis Mac Allister will be representing 2020 Copa America Champions Argentina, whereas Tudor Baluta will be playing for the Romania squad. Russian flag won't be flown above any podiums at Tokyo Olympics but the national colours are on the uniforms as doping cases old and new still cast a shadow over the team. 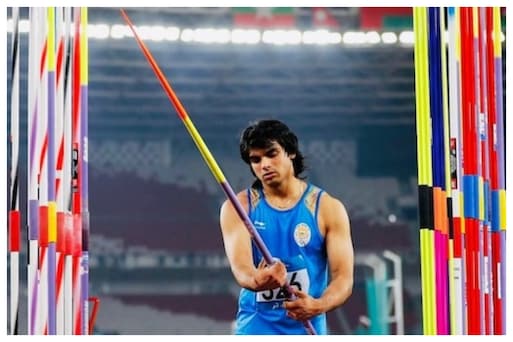 Optimism is a quality that is never lacking in Indian athletics. 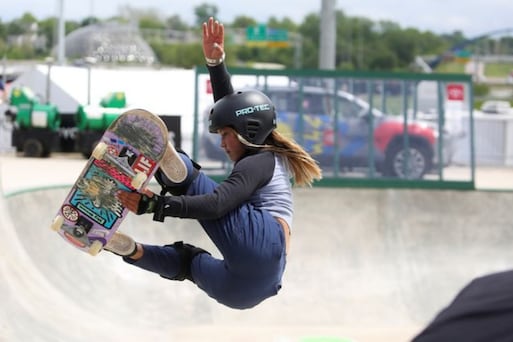 Indian Table Tennis stars Sharath Kamal and Sathiyan Gnanasekaran are training hard after they reached Tokyo for the Olympics on Sunday.

Indian archers are on the training ground, sweating it out ahead of Tokyo Olympics!

Take a look at our Indian Mixed Team of Recurve Archers 🏹🏹 @ImDeepikaK and @ArcherAtanu during their first training session in Kurobe city, Japan#Cheer4India pic.twitter.com/kb0iBTTqZP

Athletes, are you ready to rumble...?

The cardboard beds at the Tokyo Olympic Village are "sturdy", organisers reassured on Monday, after a report warned they weren't strong enough for sex.

Irish gymnast Rhys McClenaghan filmed himself jumping repeatedly on a bed to prove the point, after the report in the New York Post claimed the beds were deliberately flimsy to promote social distancing.

Thanks for debunking the myth.😂You heard it first from @TeamIreland gymnast @McClenaghanRhys - the sustainable cardboard beds are sturdy! #Tokyo2020 https://t.co/lsXbQokGVE

Anirban Lahiri will be taking part in Tokyo Olympics and said he is excited and proud to wear the Indian tricolour.

It’s been a challenging year and I’m really thankful to my team to get me back up on my feet and fighting for what I love to do. Thank you @BarbasolChamp for a wonderful week. #TokyoOlympics here I come #JaiHind 🇮🇳#curry power is back!!

07:58 (IST)
Indian Rowers and Sailor have First Training Session in Tokyo Ahead of Olympics 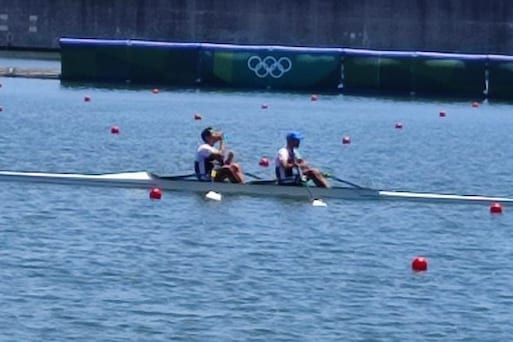 Arjun Lal Jat and Arvind Singh, who will participate in men's lightweight double scull, had a lengthy first practice session in Tokyo.

✨ 4 Days To Go! ✨ What are you looking forward to most at the #Tokyo2020 @Olympics #StrongerTogether #UnitedByEmotion pic.twitter.com/Ayz6e66vEt

Indian men's hockey team keeper PR Sreejesh is eager to get onto the field after landing in Tokyo for the Olympics!

“We were saddened to learn that Coco Gauff has tested positive for COVID-19 and will therefore be unable to participate in the Tokyo 2020 Olympic Games,” the U.S. Tennis Association said in a statement.

The latest news today has been that US tennis player Coco Gauff has tested positive for the coronavirus, forcing her to pull out of the Tokyo Olympics."I am so disappointed to share the news that I have tested positive for COVID and won’t be able to play in the Olympic Games in Tokyo,” Gauff tweeted on Sunday.

Olympics News Live updates: Hello and welcome to our live coverage of build-up to the Olympics. With only days left for the mega event to begin, positive cases inside the village with at least two athletes testing positive have made things tough for the organisers. Yesterday, former distance runner Tegla Loroupe, the chief of mission for the IOC's Refugee Olympic Team, has tested positive for COVID-19, two people with knowledge of her condition had told The Associated Press.

“I am so disappointed to share the news that I have tested positive for COVID and won’t be able to play in the Olympic Games in Tokyo,” Gauff tweeted on Sunday.

The 17-year-old lost to Angelique Kerber 6-4, 6-4 on Centre Court in the fourth round at Wimbledon earlier this month. It was the second time she had lost at that stage after her breakthrough run at the All England Club in 2019. Gauff is No. 25 in the WTA rankings.

Two South African soccer players became the first athletes inside the Olympic Village to test positive for COVID-19, and other cases connected to the Tokyo Games were also confirmed Sunday, highlighting the herculean task organizers face to keep the virus contained while the world’s biggest sports event plays out. The positive tests came as some of the 11,000 athletes and thousands more team officials expected from across the globe began arriving, having traveled through a pandemic to get to Tokyo.

They’ll all now live in close quarters in the Olympic Village on Tokyo Bay over the next three weeks. The two soccer players and a team video analyst who also tested positive had been moved to “the Tokyo 2020 isolation facility,” the South African Olympic committee said. The rest of the squad members and officials had also been quarantined.

Those positive tests further stoked local fears, with the South African team scheduled to play against host nation Japan in its first game on Thursday. There has already been consistent opposition from the Japanese public to holding the Olympics during the pandemic, with fears that it could become a super-spreader event and cause a spike in infections among Japanese people.