Sushil Kumar’s sensational fall from grace was a body blow to Indian wrestling’s reputation but the breathtaking rise of Ravi Dahiya at the Olympics along with Bajrang Punia’s expected success at the Tokyo Games prevented the sport from falling into a dark abyss in the year 2021. If it brought mental trauma for Vinesh Phogat, whose Olympic dream lay shattered once again, the year also propped up a new star for Indian wrestling in Anshu Malik who entered the history books as the first ever Indian woman to reach the World Championship final.

When he was preparing himself for one last hurrah at the Tokyo Games, Sushil - a doyen of Indian wrestling - found himself lodged in Tihar Jail after being charge-sheeted in the murder case of a fellow wrestler, Sagar Dhankar.

The sordid incident was a huge jolt for the game, which had barely shed its much-talked about links with crime on the back of consistent success in world wrestling.

The way the 38-year old Sushil, the only Indian wrestler to have won two Olympic medals and a world title, played hide and seek with the police before being arrested, sort of exposed the seedy underbelly of Indian wrestling.

Nevertheless, despair made way for hope as the countdown began for the Tokyo Games.

Bajrang and Vinesh were pre-Games favourites. They were considered a certainty on the podium, given the astounding success they had achieved in the last two years.

But eventually what became part of Indian wrestling’s folklore was Ravi’s phoenix-like rise in his semifinal against Kazakhstan’s Nurislam Sanayev.

Trailing 2-9 with less than a minute to go, Ravi turned the bout on its head and pinned his rival, showing immense physical prowess and mental toughness. The usually shy and reticent Ravi best expresses himself on the mat and he did that with aplomb when it mattered. He could not repeat his success in the final against Russia’s Zavur Uguev that left him disappointed but it was enough to make him an overnight star. After all, he was only the second Indian, who was competing for an Olympic gold.

While Bajrang too stood on the podium, a bronze medal did not feel like an achievement as he was billed as a contender for gold from the beginning.

After his 2019 World bronze, he hardly lost a tournament and despite the tough competition in his 65kg category, Bajrang was expected to reach at least the final, given the hype around him.

Later, he revealed that the knee injury he suffered in Russia in a tournament had severely crippled him. Still, a medal had to be celebrated and it further enhanced his reputation of being a global star.

The two medals, out of seven qualifications, ensured that wrestling continued to contribute in India’s success at the Olympic stage since the 2008 edition.

But lightening struck Vinesh, one of the most dominant wrestlers of this era, when she crashed out of the Games despite being a hot favourite for the 53kg title. It was the second time that despite being capable and worthy of an Olympic medal, all Vinesh had in her hands was a broken heart. If Rio Olympics ended for her with a broken leg, the early exit in Tokyo scarred her soul. She went blank on the mat against Belarus’ Vanesa Kaladzinskaya and lost in the most embarrassing fashion.

She was pinned by a rival who she had beaten quite easily in the past. She blamed the failure on several physical and mental factors.

Worse followed. She was suspended by the national federation for indiscipline during the Games, where she allegedly refused to train and stay with her compatriots.

Allegations and counter allegations flew thick and fast but eventually she was let off with a warning after her partial apology.

No one said it openly but many believed that it was her ego that brought about her downfall.

It remained a mystery why Vinesh, who won every title on offer in run up to Games, fizzled out at the big stage but one grappler who was gradually taking long strides was Anshu Malik.

The youngster from Nidani, Haryana made a mark for herself after an extremely successful stint on the junior circuit. The 20-year-old won the senior Asian title and qualified for the Tokyo Games too but lack of experience at the big stage perhaps cost her. 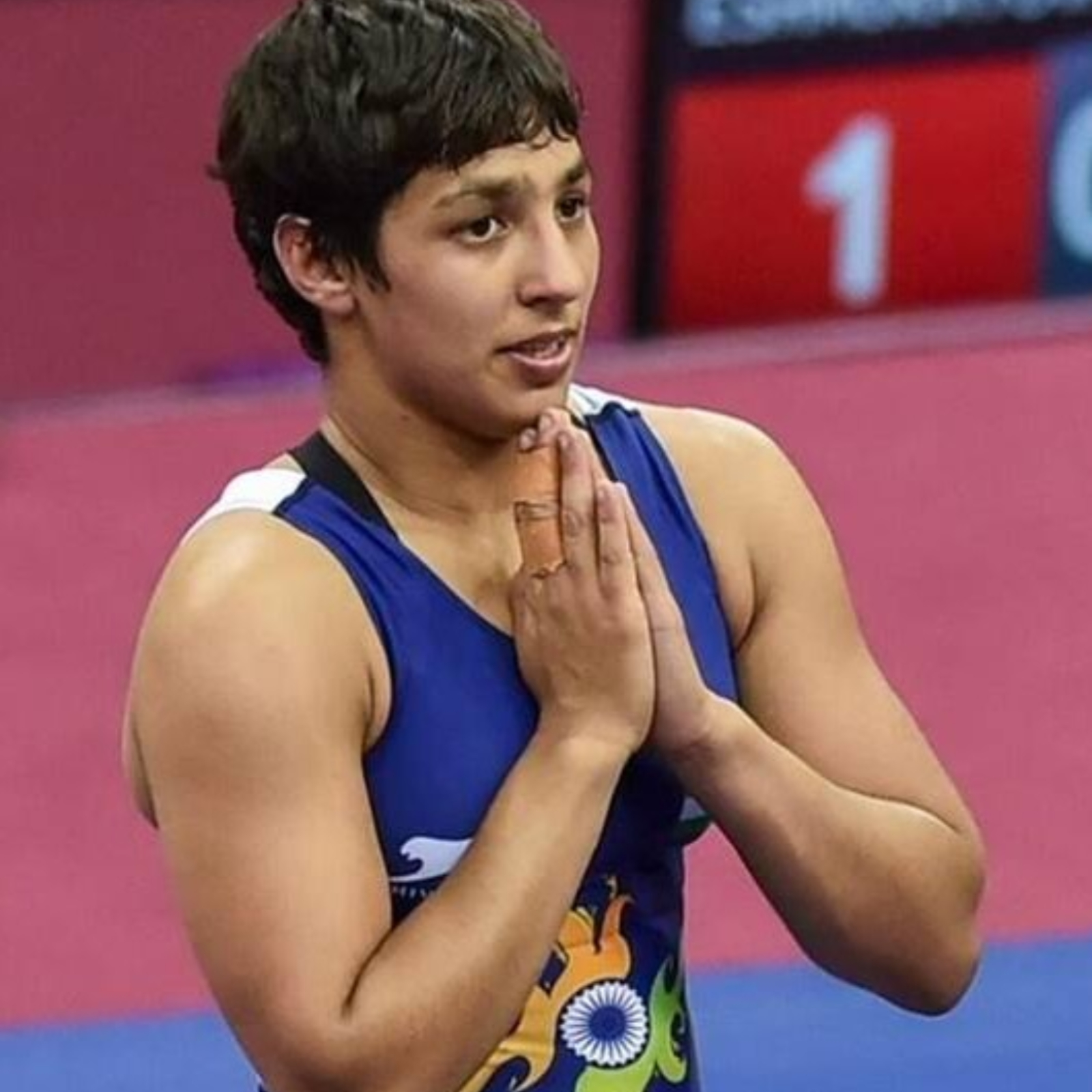 Nevertheless, she was determined to show her worth. Her quick moves, technical prowess and a fearless approach all came together at the Oslo Worlds where she etched her name in history books by becoming the first Indian woman to make the title clash.

She tried all her tricks against two-time Olympic medallist Helen Maroulis of the USA in the final but had to be content with a silver.

Sarita Mor’s toil for years was also rewarded when she won a bronze at the Oslo Worlds. That she has nerves of steel was never in doubt and the long due success kept her relevant in Indian wrestling.

What is even more assuring is the performance of Indian juniors at the world stage. The boys, girls and the cadets have all made a mark for themselves this year, returning medals in numbers, fanning hopes for a bright future.