India is sending its biggest ever shooting contingent to the Olympic games and there is the hope of not just a couple, but a handful of medals from the sport.

The 15-member Indian shooting contingent will have the legacy of the likes of rifle shooter Abhinav Bindra and pistol marksman Vijay Kumar to live up to when they compete at the Tokyo Olympics, beginning July 23.

There is no gainsaying that Bindra, winner of the first individual gold for India at the Olympics in 10m air rifle, set the marker for future generations to follow, and thousands of marksmen took up that challenge across the country, which is bearing fruit now.

As India sends it biggest ever shooting contingent to the quadrennial games, there is hope of not just a couple, but a handful of medals from the sport, which has brought the country four medals since the 2004 Athens Olympics.

Rajyavardhan Singh Rathore stood rock solid in the face of nerve-wracking challenge from the best in the business to clinch silver in Athens, Bindra attained ultimate glory in Beijing, which was followed by rapid-fire pistol shooter Vijay Kumar’s silver and rifle marksman Gagan Narang’s bronze at 2012 London.

The 2016 Rio Olympics was a huge disappointment, with Bindra coming within a whisker of clinching a medal, but finally finishing fourth after losing a shoot-off in his swansong. 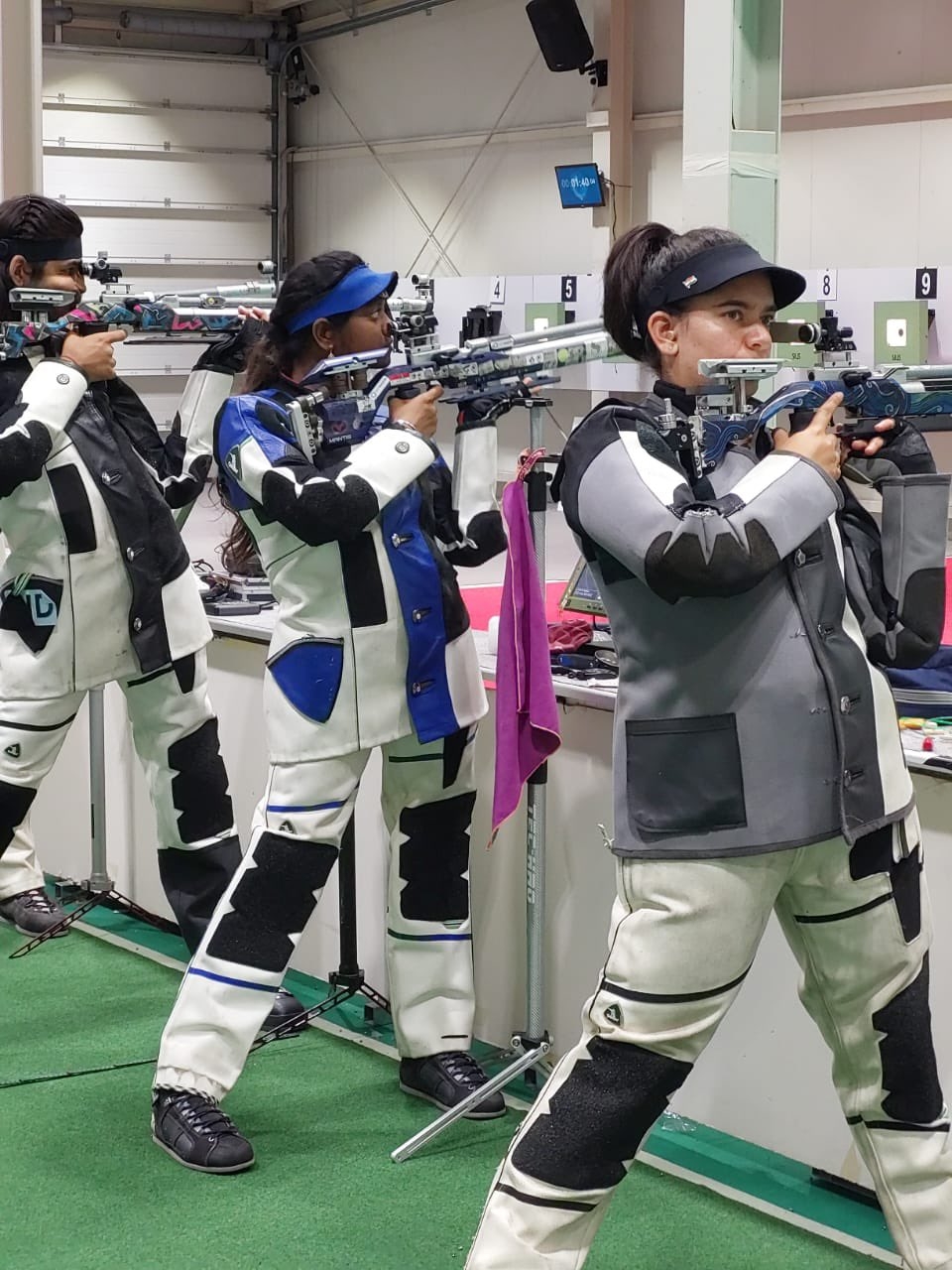 The current Indian contingent, comprising mostly of youngsters barring two seniors — rifle shooter Sanjeev Rajput and skeet marksman Mairaj Ahmad Khan — is both motivated and committed. Their unhindered two-month practice-cum-competition schedule in Croatia should make them a force to reckon with at the Olympics given their pedigree as most of them are world championships, world cup, Asian Games and world record holders.

The list includes the likes of the young pistol shooters Manu Bhaker and Saurabh Chaudhary who have been in peak form, winning mixed team gold - a new discipline being introduced in Tokyo — by the dozen besides cornering glory in the individual category as well.

Young Divyansh Panwar, the 10-metre rifle shooter who retained the world No. 1 spot for close to six months and is ranked No. 2 now, is one of the leading medal contenders, along with the reigning world No. 1 in air rifle, Elavenil Valarivan, while there are high expectations from the shy Saurabh Chaudhary, who won the 2018 Jakarta Asian Games gold and has never let his guard down in every competition he has taken part so far.

If anything, the contingent has the backing of a support staff, which is unrivalled. Rifle coach Suma Shirur is a former world record holder, while pistol coach Samaresh Jung was the hero of the 2006 Melbourne Commonwealth Games, where he won five gold medals.

Vijay Kumar, one of the best pistol shooters India has produced, said he had high hopes from the contingent and that it would be a disappointment if they didn’t get less than six medals.

“While I can’t predict anything, I’ll say that everyone is a world-beater. Some mixed team events have also been introduced in Tokyo, which have increased the probability of medals," Vijay, a Dy Superintendent of Police posted in Himachal Pradesh, told IANS from Solan. 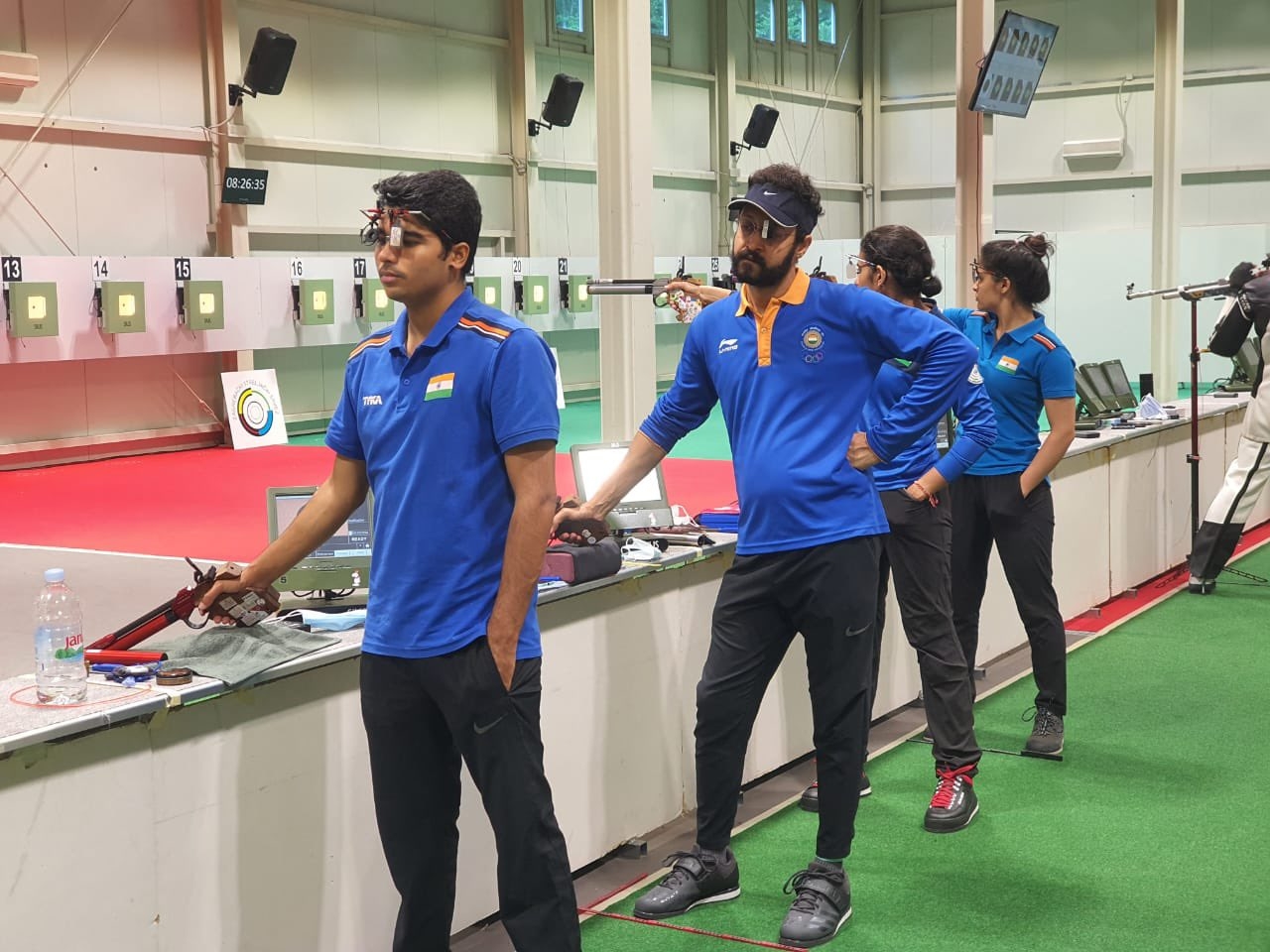 “Our team has been provided the best facilities. For the last 2-3 months they have been training abroad without any disturbance, so that will give them a lot of advantage. If you are competing and training internationally for 2-3 months and are in competitive mode for a long time, it gives you the advantage.

“Saurabh has been really doing well, Manu has been doing wellï¿½it all now depends on how they are able to keep their calm at the particular moment in time. But I suppose the Indians will have no such issues as they have competed at the big stage all these years.

“If we evaluate the performance of the last four years, from the 2016 Rio Olympics onwards, both the rifle and pistol shooters are equally capable of winning medals, unlike earlier when rifle marksmen used to be the favourites. I’m sure, rifle and pistol should bring between 2-3 medals apiece," said Vijay.

“The shotgun shooters might not have that kind of commanding performance, still it’s the Olympics and you never know who rises to the occasion and wins a medal," added Vijay.

He said that coach Pavel will be a calming influence for the pistol shooters. “Pavel is one of the most dedicated coaches in the world. He has been in India since 2007 and guided me to silver at the 2012 London Olympics. He has played a huge role in my achievement because he is always making shooters aware of the latest techniques and also takes the players’ inputs."

While there are several motivating factors in the team, one of the key reasons they would want to do well is to salvage the reputation of Indian shooting, which took a beating in 2016 Rio — the country returned empty-handed.