In these times when money matters, a performance incentive for fourth-place finishers and those with personal bests at the Olympics will be useful in keeping them fired up to qualify for Paris 2024.

The 23-year-old was crowned as the Olympic champion after hurling the spear to a distance lesser than his career-best, yet enough to beat a field of the world’s elite throwers. Nobody is at fault here, just the nature of this multi-event where current form on competition day and temperament for the big occasion counts.

India’s second individual Olympic champion deserves all the accolades and awards possible. How do we describe fellow Indian competitors in other disciplines, whose personal best timings or performances at the Games did not get them into the medals bracket? Can they be deemed to have failed for returning home empty-handed, after trying to do what was humanly possible in a highly competitive field? Like the man with the golden arm, a few were making their Olympic debut after qualifying as per standards. There were others making their second appearance.

Faces in the crowd of Indian participants, back from Japan in the ‘personal best’ category are fellow athletes Avinash Sable (3000m steeplechase) and the four male quarter-milers (4x400m relay). Others who stand out are Aditi Ashok (women’s golf), Chirag Shetty-Satwiksaidreddy (badminton doubles), Deepak Punia (freestyle wrestling) and the awe-inspiring women’s hockey squad, to name a few.

Aditi, 23, ranked 200th among the golfers teeing off, had seen action at Rio 2016, as did a majority on the hockey squad. The shuttlers and the grappler are first-timers.

Sable, a distance-runner from the army, faced the starter’s gun in the 3000m steeplechase, strode strongly to finish in 8:18.12, and was placed seventh in his heats. The time was a personal best and bettered his own national record (8:20.20), but could not advance to the Olympics finals as only the first three finishers in the heats advanced, plus six other fastest runners. The 26-year-old had run faster than heat 3 winner Sufiane El Bakkali (8:19.00), but because he was in a faster heat and out of the first three, missed qualification into the final.

The Indian had a DNQ (Did Not Qualify) against his name when the steeplechase finalists shortlist was announced. A career-best did not matter, nor was he in the race for medals. Incidentally, Sable had recovered from two Covid attacks in the build-up stage for Tokyo 2020, then travel restrictions and other disruptions deprived him of foreign training and smaller meets to assess himself. Clearly, a steeplechase medal future prospect, going by bold running against world-beaters at Doha World Athletics 2019 and Tokyo 2020, he deserves to be treated on par with medallists. 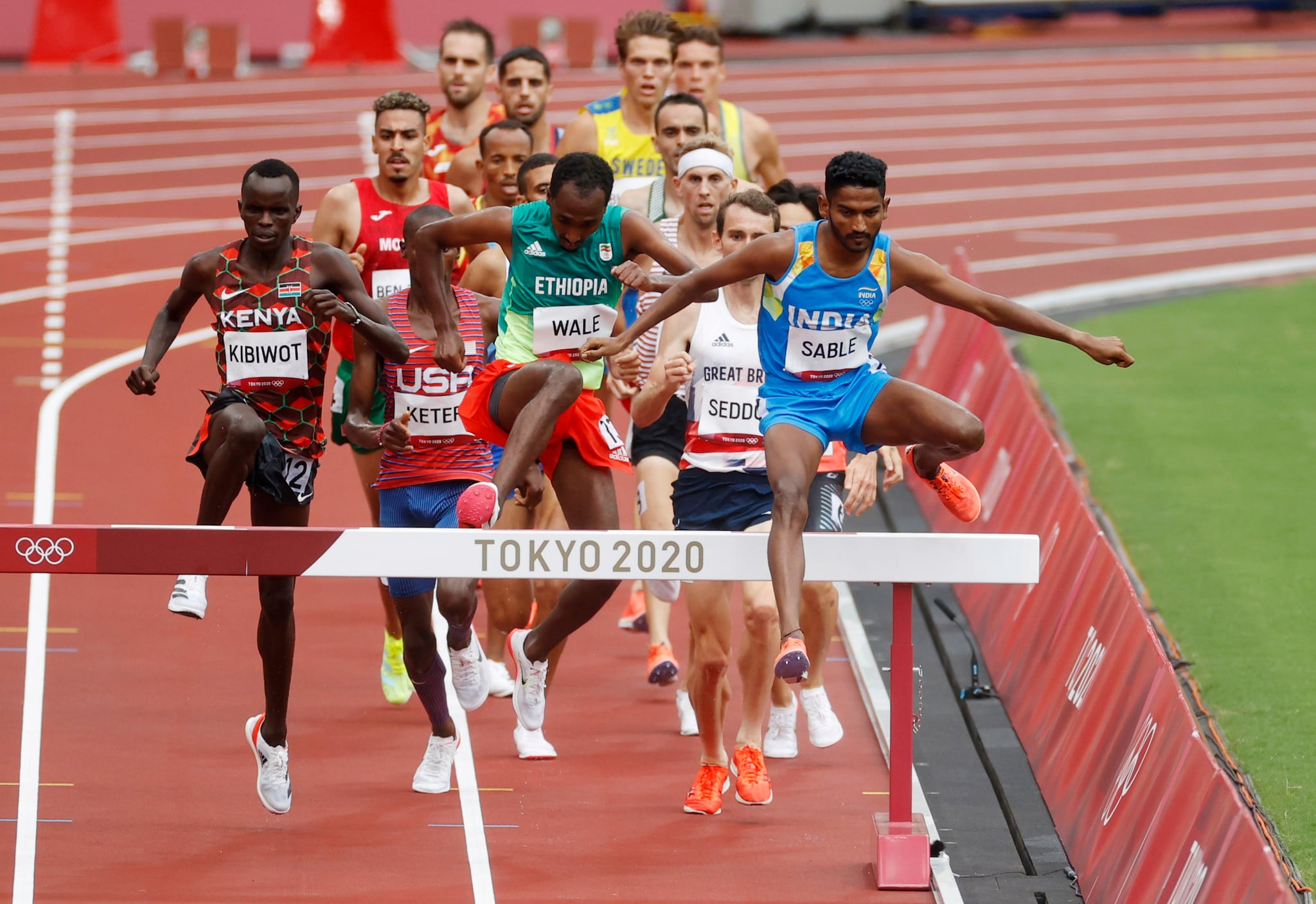 The late Milkha Singh’s career best in men’s 400 at Rome 1960 did not place him on the podium, though his life was inspiring enough for a movie to be made. Cash incentive for a personal best-cum-national record will assist in Sable feeling motivated and continue clocking milestones. Likewise, a reward is deserving for our men’s 4x400m relay quartet (Mohammed Anas, Noah Nirmal Tom, Arokia Rajeev, and Amoj Jacob) whose heats time of 3:00,25 was incredibly an Asian record, bettering the mark by Qatar (3:00.56).

After flying back to India with the contingent, these four sprinters do not have a medal to flash at cameras at the airport, but their powerful running and lung power were on show against a world-class field. Surely, they have done enough in the biggest race of their life over three minutes of striding on track to make Asian athletics watchers sit up. The stream of statistics from Tokyo will list them at fourth in the heat, 13th overall. Young athletes back home will be inspired on seeing genuine sporting achievement getting recognition, beyond the print headlines and video bytes for medallists.

With a little bit of luck, Sable or the relay quartet may have qualified for the final, even pushing for a medal racing against the best. Chopra won without rivals pushing him to produce a personal best. There is a possibility that he may be familiar with some of them, may have even seen them train or compete in the national colours. Like him, they took pride in performance, displayed high energy levels, focussed on the task, and refused to get overawed by the competition. The only difference is they don’t have a medal to show because so far they were not pushed to know how far they can go.

World beater P V Sindhu roared in triumph in the women’s singles third-place match, so did Chirag Shetty-Satwiksaireddy in men’s doubles. This young pair showed no nerves on their Olympic debut, winning two doubles ties in the group out of three ties played. The only loss suffered by this aggressive Indian duo came against the world’s number one combo of Kevin Sukarmujo-Marcus Gideon, which is acceptable. It is difficult to explain Chirag-Satwik’s exit from making the quarterfinals (on games won) to younger shuttlers watching court action on TV. No felicitation, because they are not among medal-winners, does not make sense either.

There is another special list of fourth-place finishers, brave and bold, who missed a podium finish by the narrowest of margins. Golfer Aditi Ashok, wrestler Deepak Punia and the India women’s hockey team led by Rani Rampal did not figure in the official list of medallists who are eligible for cash awards from the government. Technically they do not belong, but none are non-performers. Far from it, they came close to a coveted medal, individually or as a team, as much as any of those who climbed the podium.

Golf is a battle against yourself as much as against rivals, it is said.
Aditi, 23, slipped into that ‘zone’ every sporting performer craves for, to come into medal contention as the women’s individual event moved to a thrilling climax. She finished fourth after four rounds of heady action over four consecutive days. The slim Indian won the respect of senior competitors, especially champion Nelly Korda (USA).

With Her Mother by Her Side, Aditi Ashok Successfully ‘Putts’ Golf on the Map in India

A pro on the US and Europe golf tour, Aditi progressed from being the youngest Rio Olympics 2016 participant (18 years plus) to coming in medal contention five years later.

Recognition and rewards at home will keep charged up for contests ahead. To put matters in perspective, 400m hurdler P T Usha’s fourth place at 1984 Los Angeles, as per the photo finish camera frame, was heart-breaking. She kept focus to reap medals at the Asian Track & Field Championships in 1985 (Jakarta), the Asian Games in 1986 (Seoul), and be crowned as the track queen in Asia. Usha has mentioned a call received from then Prime Minister, Mrs. Indira Gandhi, in LA to boost her spirit after the bronze miss.

The video footage of tearful women hockey players receiving a call from Prime Minister Narendra Modi is common knowledge. Aditi’s name was mentioned by dignitaries on stage at the Sports Authority of India’s felicitation for medallists in Delhi. In these times when money matters, a performance incentive for her, other fourth-place finishers and those with personal bests at the Olympics will be useful in keeping them fired up to qualify for Paris 2024.

Nandakumar Marar writes on different sports appearing on the Olympics Games programme and beyond, news and news features on happenings of special inte...Read More