Vijender Singh vs Artysh Lopsan, Boxing Match Match Highlights: Indian boxing sensation Vijender Singh is all set to return to the boxing ring to extend his unbeaten run in the professional circuit as he faces Artysh Lopsan of Russia. The WBO Asia-Pacific Super Middleweight champion will spar with his Russian opponent in an eight-round bout, on Friday, March 19, on the rooftop of the Majestic Pride Casino ship in Goa. The headline fight will start at 8:00 PM IST.

Since turning professional in 2015, the 2008 Beijing Olympic bronze medallist has not lost a single bout. Singh boasts of an impressive 12-0 record, which includes eight knockouts. On the contrary, six-foot-four-inch Lopsan in his last six bouts as a professional boxer has won four, including two knockouts, he also suffered one defeat and a draw.

His last bout was against Ghana’s former Commonwealth champion Charles Adamu in Dubai in November 2019. Vijender is expected to face a stiff challenge from the 26-year-old Russian, who also has a decent record as a professional boxer. Lopsan, who is 6ft 4-inches tall, in his six bouts as a professional boxer, has won four, including two knock-outs and has registered one defeat and one draw.

Vijender Singh vs Artysh Lopsan, Boxing Match Match Live Updates: End of round 4. This round saw a heavy exchange of punches. Lopsan knocked down Vijender with a combination. The Russian has dominated Vijender in this round.

Vijender Singh vs Artysh Lopsan, Boxing Match Match Live Updates: End of round 3, both boxers exchanged big right hands and jabs. It has ben a pacey affair so far.

Dharmender Grewal beats Ashish Ahlawat via unanimous decision. That was one physical bout!

Right now, Digari Mahesh's bout against Kuldeep Dhanda is underway. These two boxers are fighting in the super-light category.

Speaking after the official weigh-in, Singh said, “I’m excited to return to the ring and the weigh-in gives me confidence that I’m on the right path. I never think about my opponent and don’t really care who I’m fighting. I’ll surely go for the knockout and if not that, I’ll make sure my every punch counts.”

In an exclusive interview to News18.com, Vijender Singh said that he is ready to knock him (Artysh Lopsan) out like he did to his eight previous opponents. 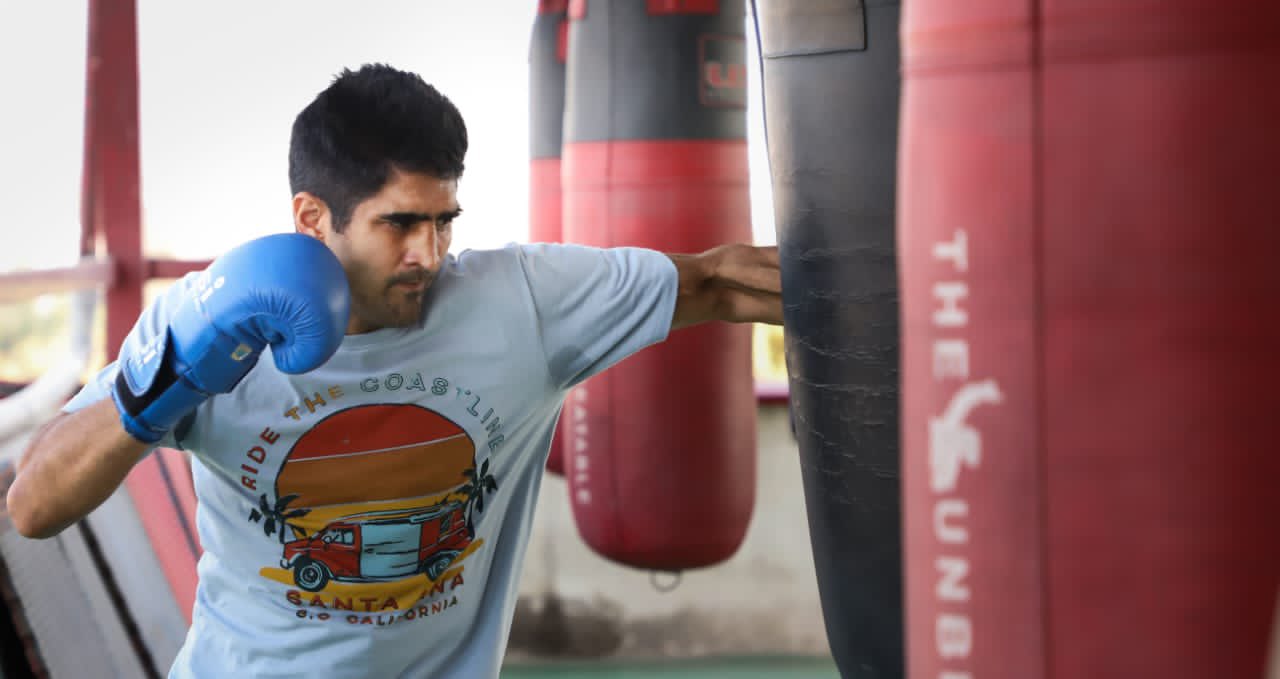 Vijender Singh will be at a physical disadvantage in this fight, as the Russian stands at 6-feet-3-inches tall and has a three-inch height advantage over the Biwani born boxer. Artysh Lopsan is also nine years younger than Vijender and he will be having the advantage of youth on his side.

His latest opponent Artysh Lopsan is currently 4-1-1 in the professional boxing world. Lopsan is coming off of two back to back victories against Yusup Magomedbekov and Artem Ivanov.

Vijender Singh last fought against Charles Adamu in November of 2019 at the Caesars Palace in Dubai. In that fight, Singh scored multiple knockdowns and defeated the Ghanian via unanimous decision over eight rounds. Hello and welcome to News18Sports' live blog of Vijender Singh's 'Battle on Ship' against his Russian opponent Artysh Lopsan. The 2008 Beijing Olympic bronze medalist has not lost a bout after turning professional, boasting of a 12-0 record, which includes eight knock-outs.

Both the boxers have been training in the coastal state ahead of the marquee event. Vijender had a sparring session with friend-cum-coach Jai Bhagwan at the Salvador-do-Mundo boxing hall on Wednesday. Vijender is unfazed that he is up against a very tall rival.

“He is tall and I will take it slow at the start but I’m confident of beating him nonetheless. Height is not everything and in boxing, you need strength and strategy. I have experience under my belt and Lopsan is still a kid. My unbeaten streak will continue after March 19. The tougher the opponent, the more fun to beat him,” Vijender had recently said.