'A Fine Day to Get Married', WWE Superstars Seth Rollins and Becky Lynch Tie the Knot

Seth Rollins and Becky Lynch started dating in 2019 and got engaged in August later in the year.

WWE superstars Seth Rollins and Becky Lynch tied the knot on Tuesday, June 30, according to the former member of The Shield. Rollins took to Instagram to announce this big development in his life.

“Seems like a fine day to (finally) get married,” Rollins wrote as the caption. 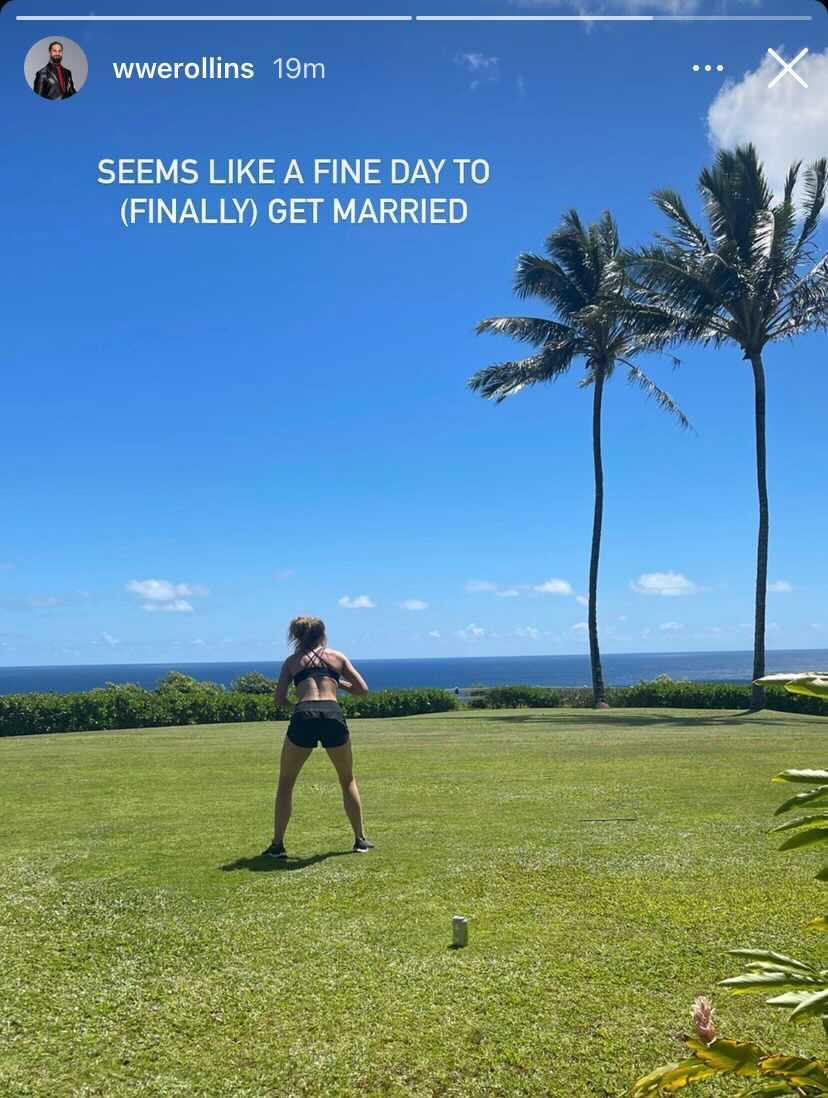 WWE also took note of it and congratulated the couple.

“She is “The Man." She is “The Mom," and as of today, Becky Lynch is officially a wife," WWE wrote on its website.

The couple had been officially together since early 2019 and announced their engagement back on August 22, 2019.

“I hit it off with Rebecca towards the end of January (2019). The first time we kissed was Royal Rumble weekend, little known fact. That was interesting, because I’ve known her for such a long time, never really thought about the other one in that way," Rollins said in the WWE 365 documentary.

“So even when we started hanging out as more than just friends, it felt really nice, but was also like, ‘ah, maybe we shouldn’t do this.’ But after a couple weeks it was pretty obvious that there was no way we were gonna avoid it. And things started to turn from there,” he added.

‘The Man’, Becky Lynch then announced her first pregnancy in May 2020, and relinquished her RAW Women’s title. Then the couple welcomed their daughter, named Roux, in December last year.

Just like Lynch, Rollins too took a break from in-ring action after Survivor Series, which took place in November 2020, and returned at Royal Rumble 2021.

Rollins isn’t booked for Money in the Bank, which takes place on July 18, yet. He is likely to get a title shot at the Universal Championship after the upcoming pay-per-view event.